Singularity is where this game starts turning from raifu collector into something that could be called a pretty nice strategy game. As such, prepping for this is pretty key if you're not already a strong player.

Here I'll be going over the new things introduced in Singularity as well as the recommended echelons to fully clear the event. The TL;DR for those echelons if that's all you want is: 2x AR/SMG, 1 RF, 1 MG. It's also highly recommended to get something like Contender or C-MS to bust Typhons. You can use other options, but those are the easiest.

I WILL NOT be going over the bosses in this overview. If you want to see those I have proper writeups for them in their own maps.

Since Va-11 Hall-A's collab kinda....used most of these, I'll just go over them in brief.

First, we have NPC echelons. Or friendly echelons. Something. They're essentially friend echelons but supplied to you by the game and you don't need to deploy them. A lot of the ones you'll find are super buffed because they're used for something. Not all of them are like this, though. Really depends on the map. You can set them to the three strategy modes that friend echelons abide by. Standby, elimination, or HQ capture. Standby makes them stand still, elimination makes them go after the nearest enemy, and HQ capture makes them rush to the enemy Command Center. 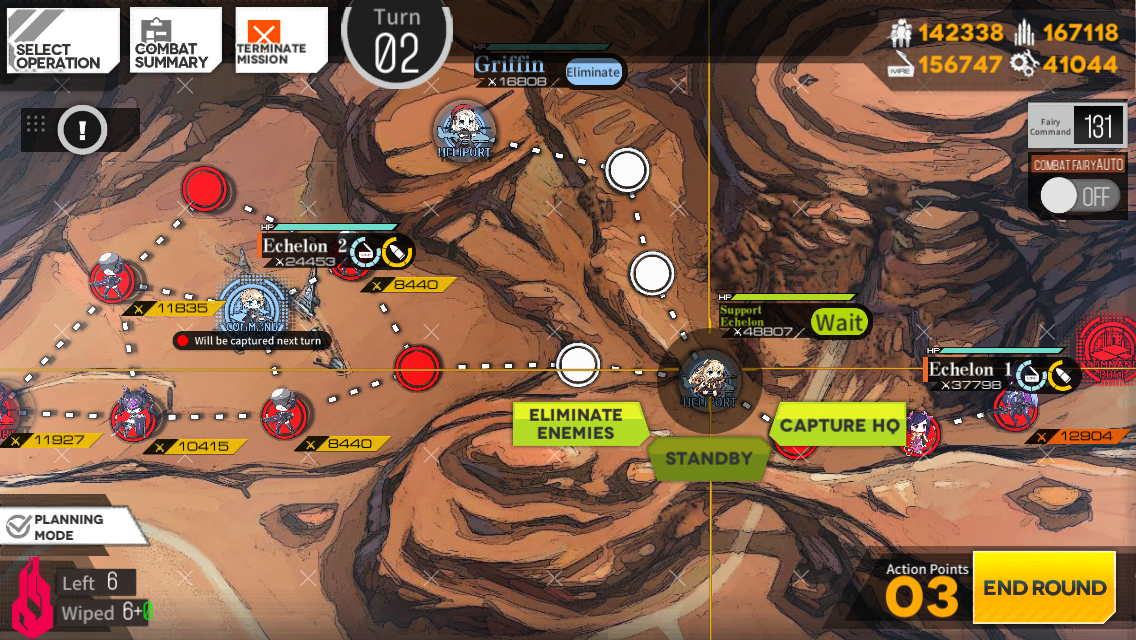 Second, we have aggro ranges. This is really introduced in Chapter 10 as well, but fuck it. 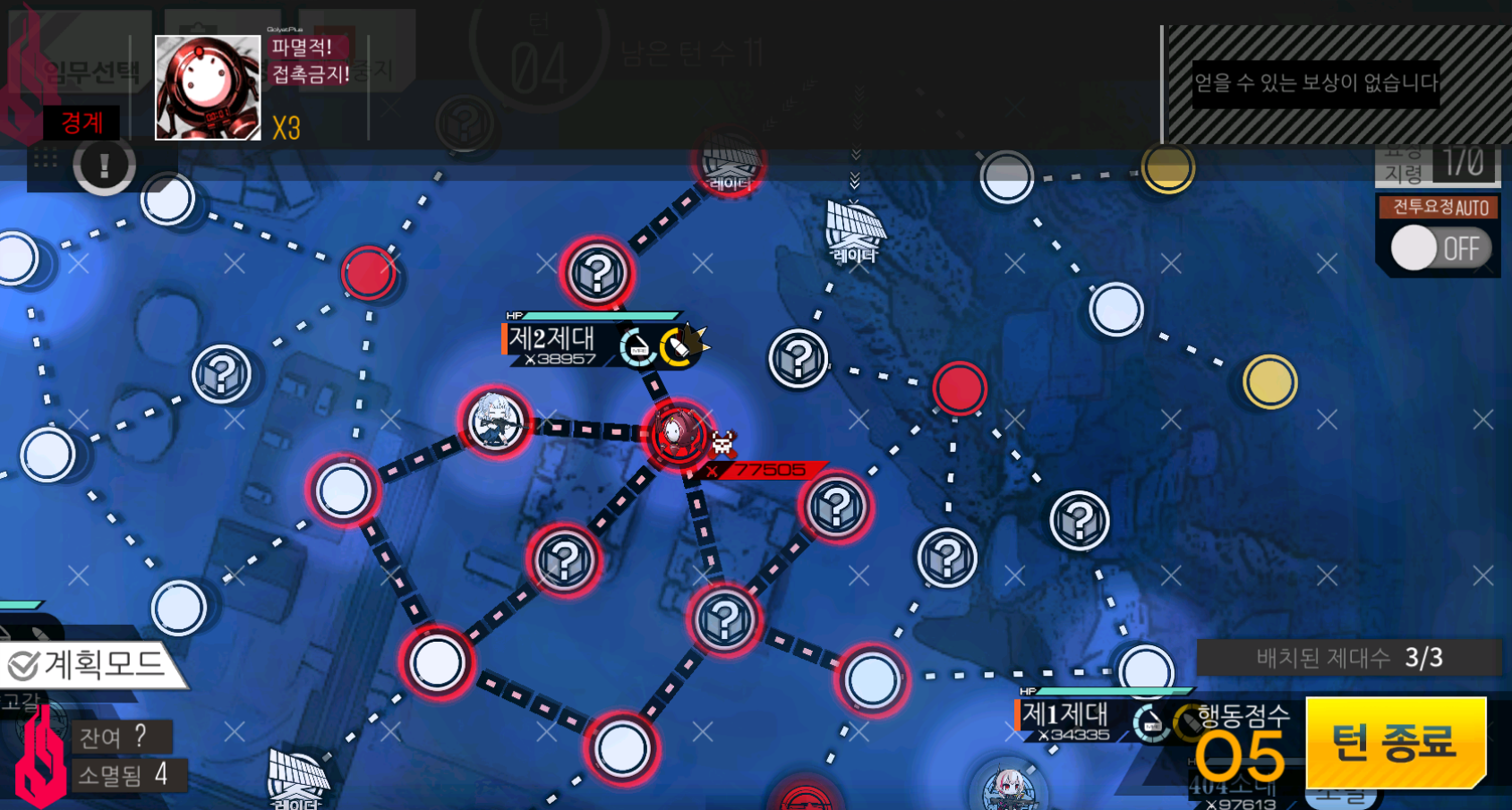 Essentially, if you're in the set of nodes that's within an enemy's aggro radius, it will pursue whatever echelon(s) are in it. Typically it'll go for the closet echelon, but it can vary depending on the enemy. To see an aggro range of an enemy, you can tap and hold on top of an enemy. It'll display its aggro radius. If you're in the aggro radius, you'll mentally hear a MGS alert sound in your head and a "!" will be above the enemy's model on the map like so: 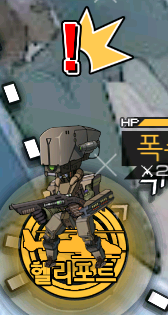 Third, we have Radar Towers. Yes, I know they already exist. But now they have an extra component. Now, depending on the map, you can cause things to happen if you move to them or capture them. These things are typically helpful, like maybe eliminating some enemies, or maybe spawning a friendly echelon to assist you. These are especially obvious when you see them in day maps.

So, the specifics for each chapter will be covered in the outlines for each chapter. But if you're expecting a full clear without too much trouble you'll want 2 AR/SMG echelons, 1 RF/HG, and 1 MG/SG echelon. In addition, you'll want something that can deal with Typhons.

This can be something with AP but moves quickly, like Contender or C-MS. You can get creative with this, just as long as it can dodge the Typhon lasers. So...not RFs or MGs. You can try but it typically won't work out. Just be sure whatever you pick does enough damage to something with around ~100 armour.

The MGs are mostly meant for the Typhons, but what about the RFs? These are mostly picked for dealing with Hydras. MGs can have some trouble with them due to mag size, so +FP RFs like Lee Enfield or IWS are good picks versus them. (This does not mean you should only use those two RFs.)

AR/SMG is just there for boss killing and general clearing. You may want to pick up Suomi for some of the bosses in Singularity. The fights go on long enough to get some good value out of her skill. DO NOTE that MP7 gets introduced in this event and she's a strict upgrade from Suomi. It's not a requirement, but it does help you a lot.

To be added, in the meantime, go bully Ceia: https://docs.google.com/document/d/1bVvmRp6rcIvJzA1ct9U2tjsKu_BOAbL7YteNCTGS5sY/edit#heading=h.kkz319gx6pl1