We're back at it with gates. This time with confusing passwords. This password to actually finish the map is: ABADKC. Code L resets it. The codes are indicated in the gate switch interface. The two switches you need to mess with are located at the top left and right of the main section of the map.

Assuming it's the same as KR, you can't paradrop to one of the other Heliports you start with. There's an anti-air emplacement that prevents you from doing that. Those things don't do much aside from blocking you from deploying or retreating units from Heliports in their range. So there goes that easy solution to the map. 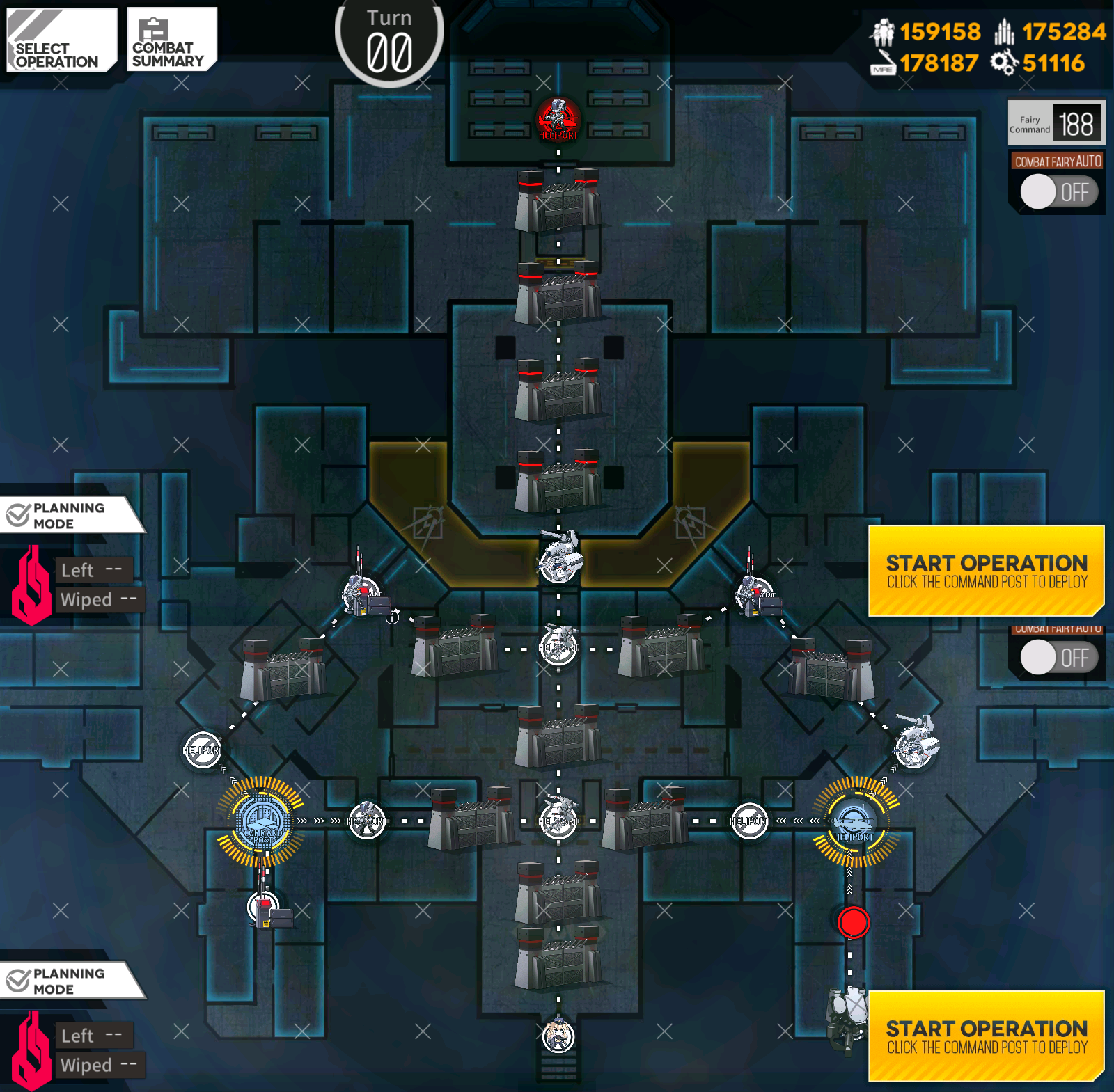 So, remember the normal version of this map? Same concept. Except now, we have multiple layers to gate fuckery. The one nice thing is that this map is pretty impossible to lose unless you die with your hostage.

Your first order of business is to start heading up to the switch on the top left of the map. Additionally, you'll want a dummy echelon stationed at the switch directly south of your Command Center. You'll need to poke around with it to open up some gates for your echelons.

Once you've gotten in control of the two switches you can actually access, you'll get some story assistance that'll open up the way to the other switch as well as one of the doors to the hostage. From here, it's time to start moving two echelons from your Command Center over to the top right switch as well as one to grab the hostage. Fiddle with the gates a bit, and you can grab the hostage. From here, you need to use the two switches at the top side of the map to input the code that I gave above (ABADKC) in the intro. This will unlock all of the gates to the Heliport. Now you can extract the hostage and end the map.