Back to daytime. Here, we get introduced to one of the new mechanics that was originally introduced in Isomer, but EN gets its first taste of it in this collab. The gate. 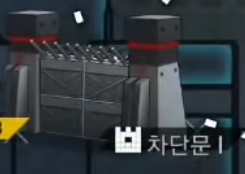 These guys are there to block your path unless opened or destroyed. Since EN can't destroy them and none of that variant of gate even shows up here, we'll ignore destroying them for now.

Gates can be opened and closed via switches 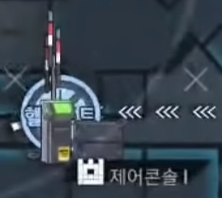 These switches will typically have a designation that will give you an idea of what that switch will do. Having an echelon go to the switch and interact with it will bring up an interface that shows what the switch will do 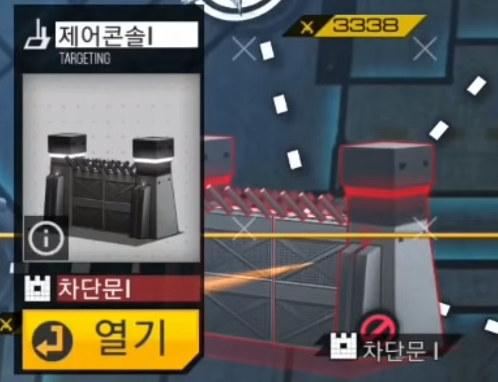 In this case, it will open that gate, as well as close it if you hit the button again. Fucking with switches don't cost you AP so you can fiddle with them as much as you'd like. Also note that the switches can control multiple doors and those that do allow you to scroll through the list. You also may need to turn on the switch if it's off. The UI should make sense in English. I hope.

If it wasn't obvious, if you open the gate, it'll allow passage for friendly or enemy units. Closing a gate on a unit, be it friendly or an enemy, will damage them by a % of their HP. So try not to squish your own T-Dolls, Commander.

Switches have other uses that will come up later, but for now, it's just that simple.

As for enemy strength, we're looking at around chapter 3 for enemy CE. 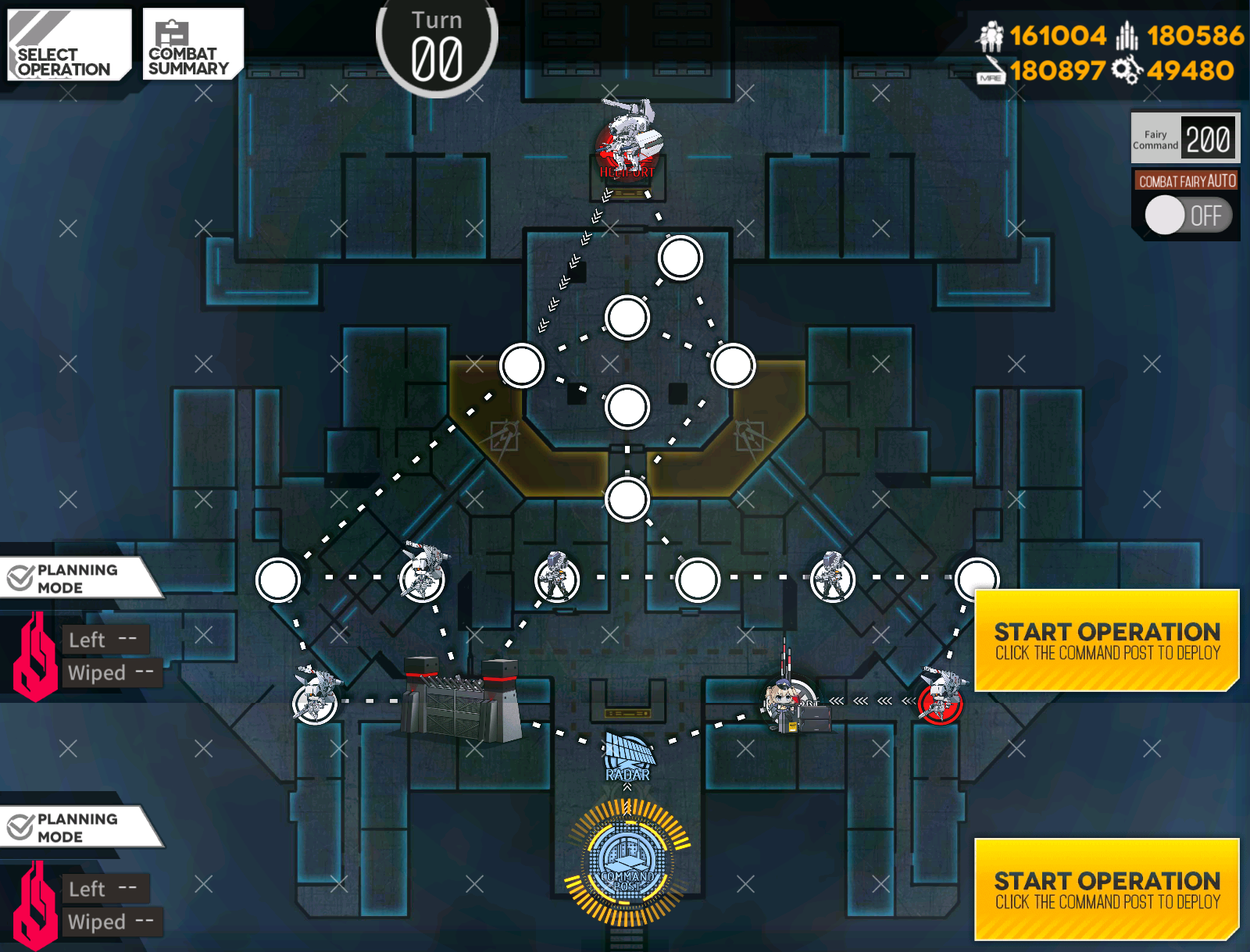 Baby's first gate. Honestly, it doesn't serve much purpose here aside from making you open it up. So what you want to do here is to open it ASAP as well as deploy a dummy. The AP from the closed Heliport is needed for a quick solution to the map. Make sure to swap the hostage over and not rescue her yet, as you won't have enough AP for the dummy if you just rescue her.

On turn 2, with the gate open, grab the hostage just make your way towards the Heliport at the very north of the map. This is guarded by a few Dopplesodners Doppelsöldner GUNDAMS, one of them being one you don't want to fight. Since there's a one way blocking you from going from the left side of the Heliport, you're forced to go through the right. Since you'll have 4 AP from the closed heliport and your Dummy, you'll be able to position yourself to be able to rush to that Heliport in one turn without having to deal with the unkillable Dopplesodner.

Since nothing should've taken the node past the one way near the Heliport you're trying to take, you won't be immediately surrounded. You can extract the hostage on the next turn, ending the map.