The strategy for normal and EX are the same.

Objective: Establish and maintain a supply line for 3(for normal) or 4(for EX) turns.

So we have a mid sized map and 5 nodes to connect us to our Rally node. Great. For both versions of the map, we only need to defend two nodes, one being our Command Center and the other being the node directly to the south of it. This will come in later, since first we need to establish the supply line.

The second echelon we'll be deploying will take on the brunt of the work clearing enemies, so make sure it's the stronger echelon. For EX, you'll be encountering very beefy Nightmare enemies. You have a few options to deal with them, but I would mostly recommend grenades and molotovs. If you're outputting enough dps, they can't hurt you at all. If you're lacking in damage, consider using three SGs to tank with grenades to support.

Turn two will have us take the Heliport on the way to the Rally node, as we need a place to resupply as well as a place to deploy our dummy echelon. Remember to not leave your Command Center unoccupied.

Turn three, your Command Center will likely be under threat of encirclement, so move your second echelon to take the node to the south of the Command Center. You'll also want to deploy your dummy echelon so it can encircle the Rally node. With this, you'll have your supply line almost completed.

Turn four, move your dummy echelon to the right to take the last node needed to complete your supply line. For your second echelon, make sure it's resupplied by swapping to the Command Center and back to its original node. From here, all you need to do is make sure the node to the left of the node you're on is cleared of enemies each turn. 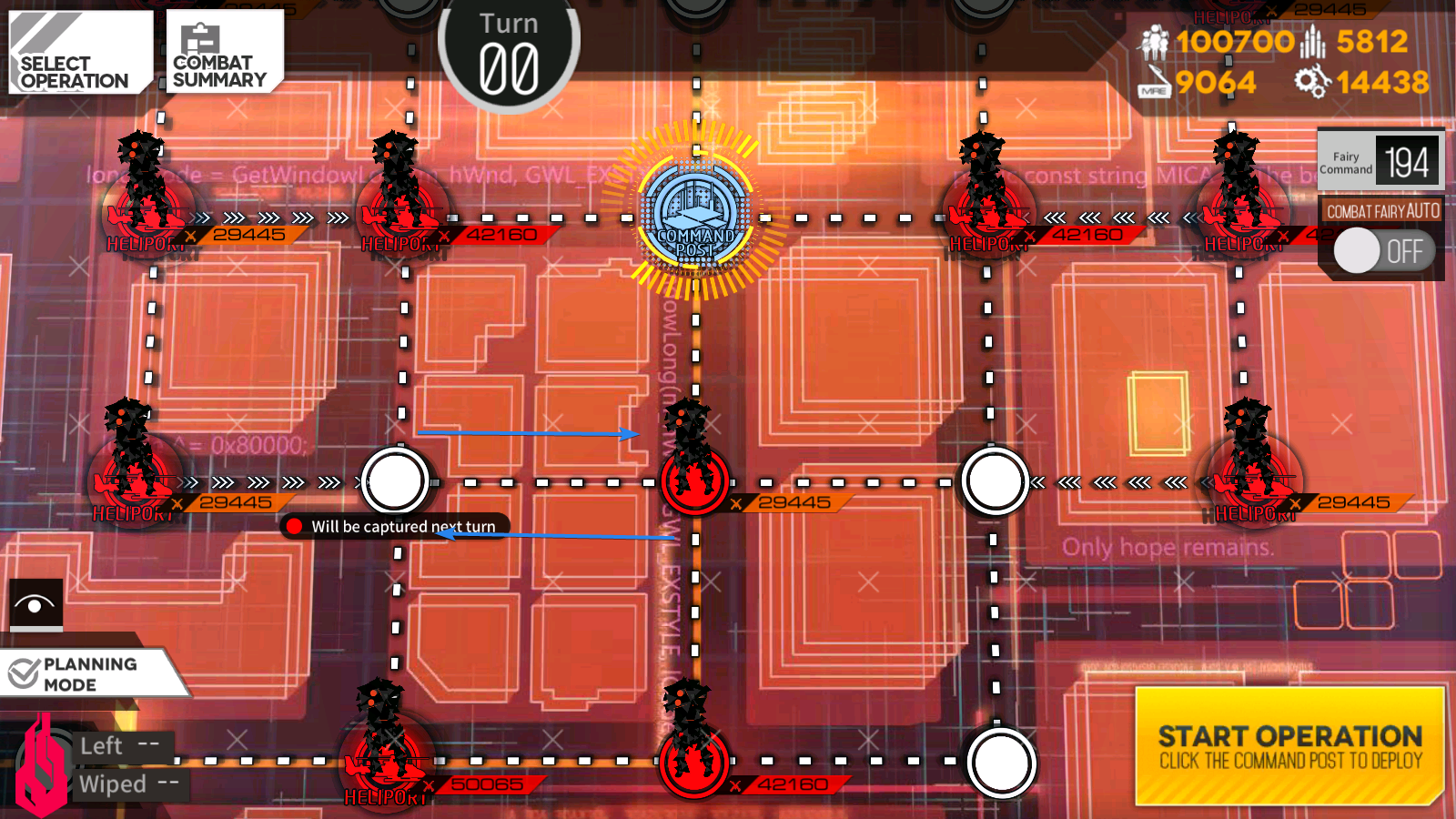 Move in to clear the enemy then move back to the node you started on. Repeat this until you win. Just be sure to not run out of ammo/MREs on your echelons.

Videos of me clearing this map on normal and EX