That Which Must Be Protected 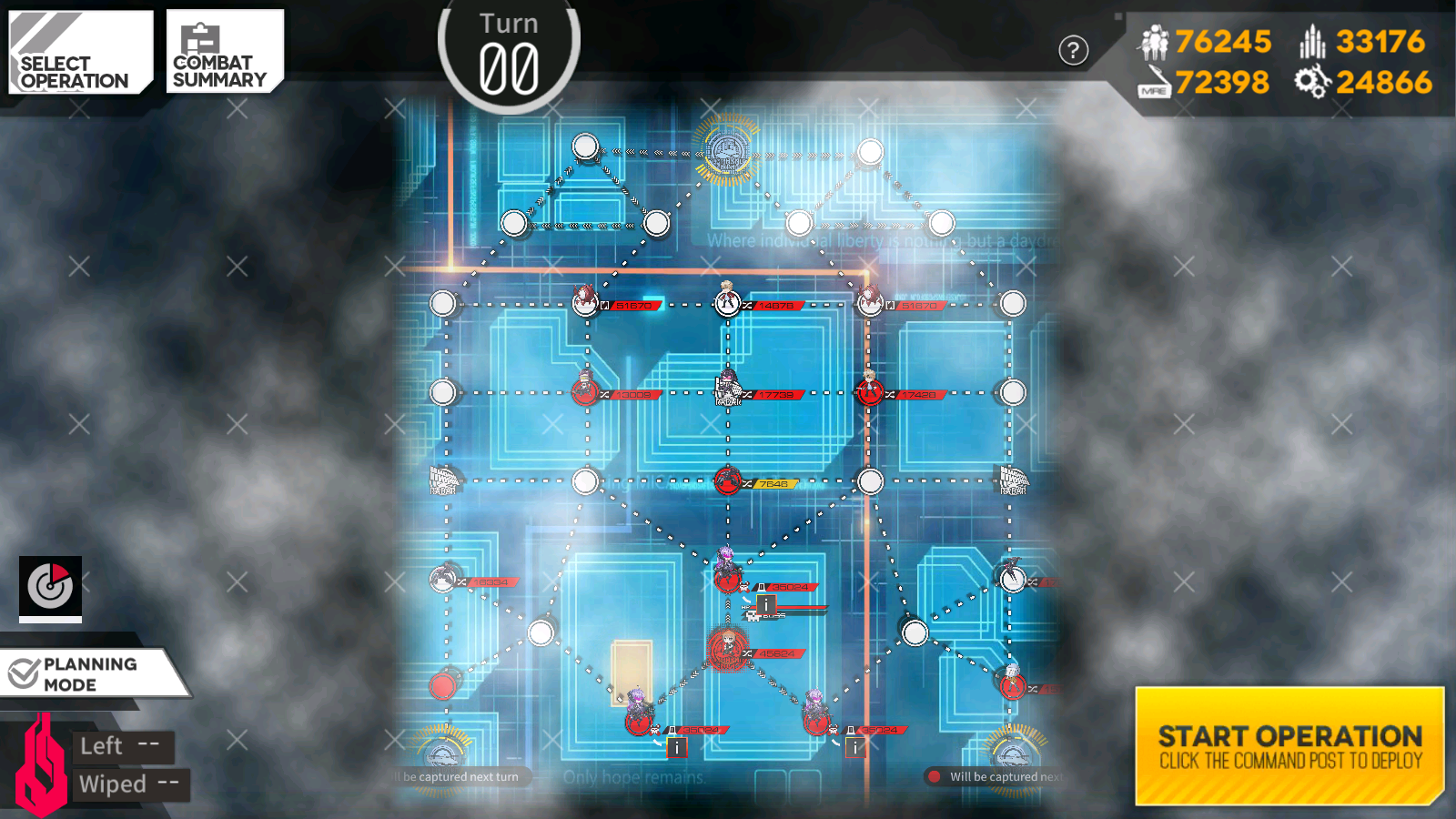 First up, we want to deploy all of our echelons. The Heliports we start with are at risk of being encircled, so we should take care of that first. Kill the enemy that's threatening to encircle your Heliports, and capture the node it's on. With your remaining AP, we should move the echelon that started on the Command Center down toward the middle of the map. Just be sure to avoid the Red Golyats and their alert radius.

On turn two, we can take all of the Radar Towers. After doing so, we can move on to capturing the Command Center. Be aware that from now on, there's a possibility an enemy that isn't the Red Golyats will be walking up to your Command Center. You may need to deploy something up there, or kill the enemy who's threatening to take it.