Nothing too special to note here. Enemy CE is still around chapter 4~5 levels, but you have a few pretty chunky units in the middle (the Manticores). You'll only be fighting at most two, so it shouldn't be too bad. 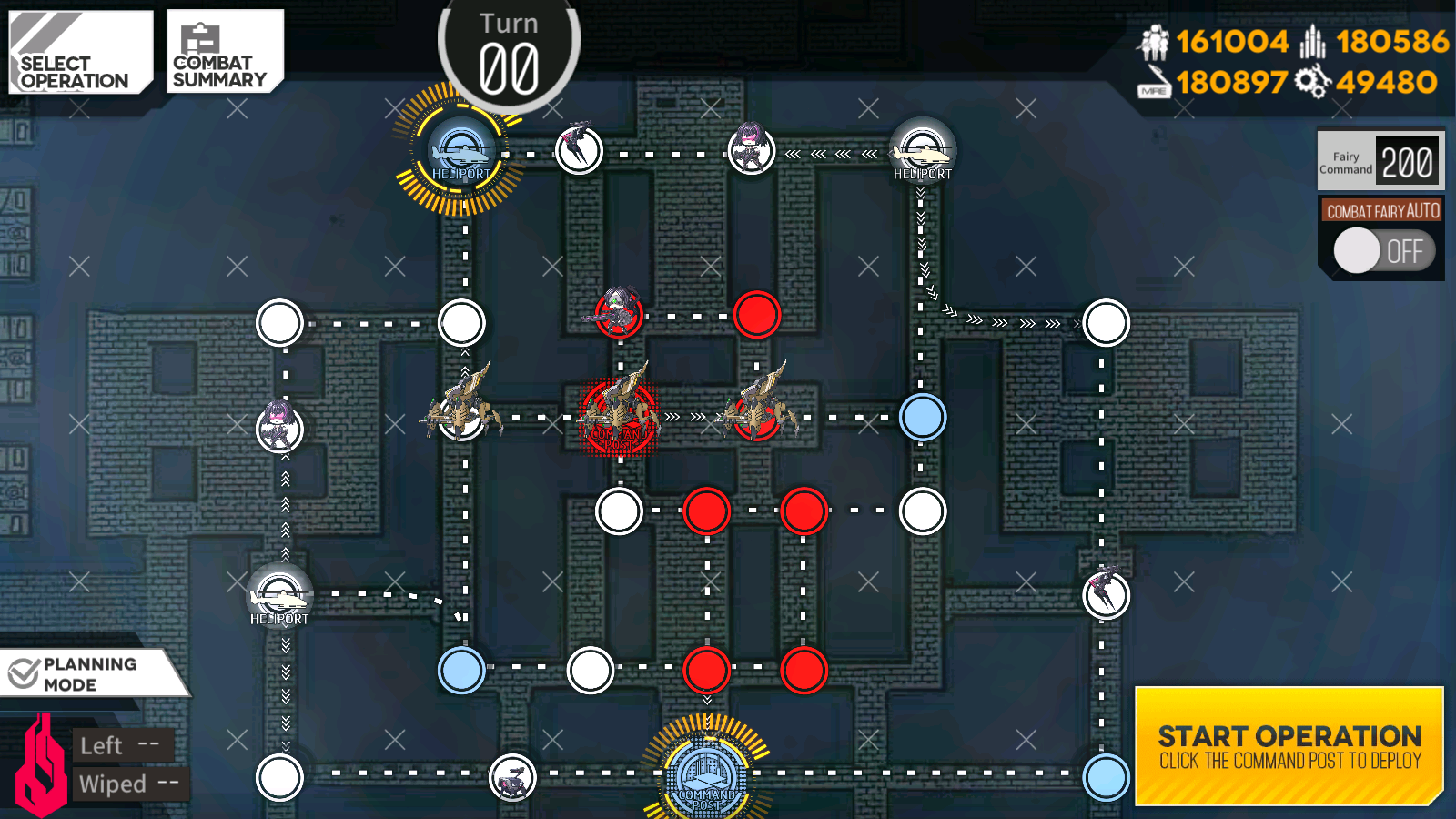 Note: The 2x recommendation assumes you're willing to retreat a unit and give up on a S rank for this map. If you're not willing to do that, you'll need a third echelon, one that can take on the Manticores in the middle.

Okay, so the idea for this map is that you need to surround one of the Heliports on either the top right of the map or bottom left. The bottom left one is preferrable, since it clears out the Dinergate right next to your Command Center.

You'll have to bring down the echelon you deployed on the top side of the map to the node above the Heliport so you can surround it. You won't be able to capture both nodes on turn 1, so you'll have to take two turns to do it. On turn 3, retreat one of your echelons and deploy it on the heliport you just captured. Yes, you lose resources, but that's just how it swings if you want it fast-ish and with minimal investment. You should have enough AP to rush to the enemy Command Center on turn 3 to finish off the map.

Alternatively, you can just forgo all of this shit and just use a parachute fairy with an MG echelon and rush the Command Center with it. Much easier.