Under the Wall I 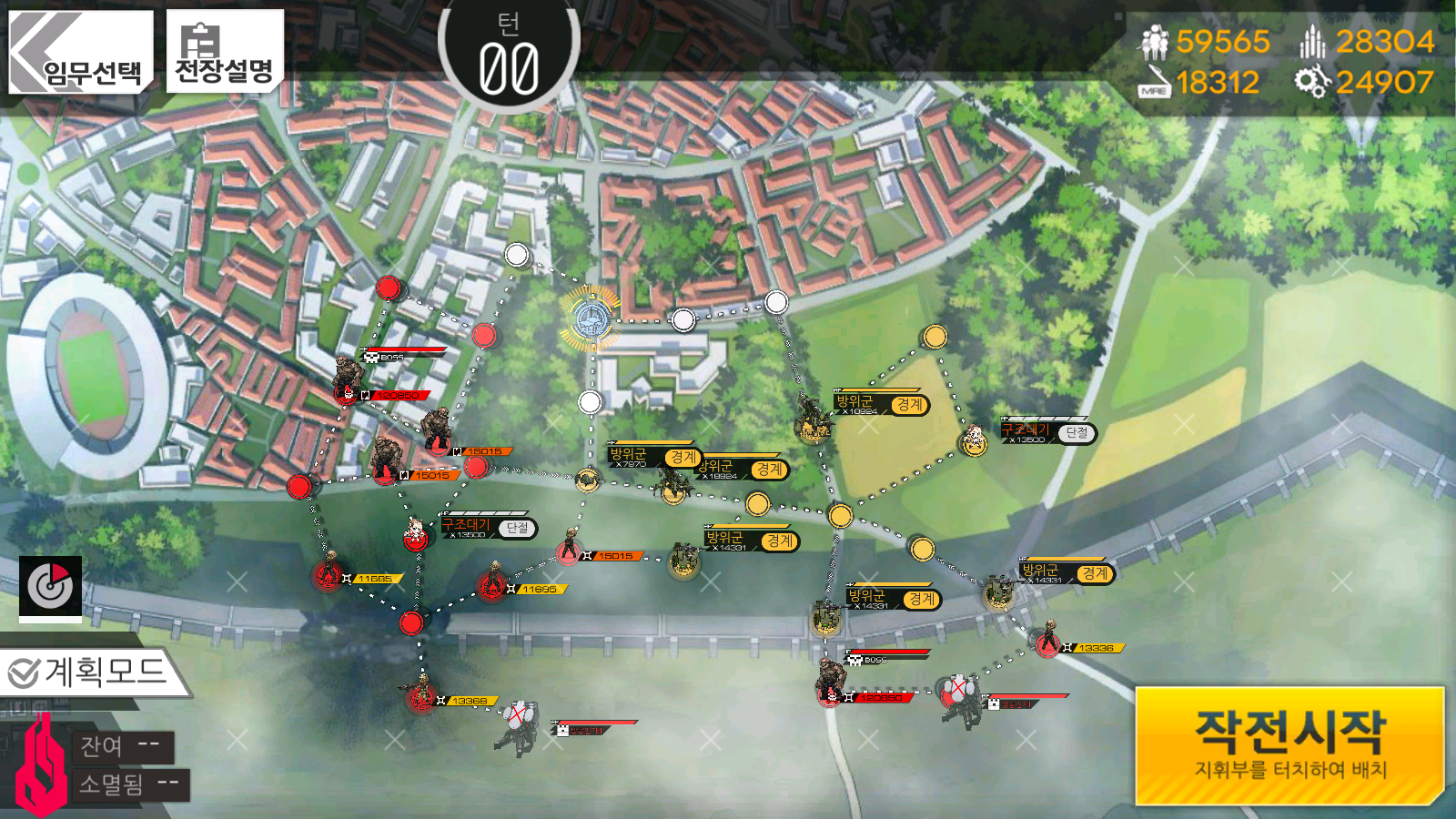 For this map, we have hostages on opposite sides of the map, both are pretty healthy, so what we wanna do is focus on one hostage at a time. We'll be focusing on the hostage to the right first.

Deploy your combat echelon, and move to the right. We can't make it to the Heliport there, so we'll need to deploy our second combat echelon now. On turn two, move to the Heliport with the Hydra on it. We'll be using this to extract the hostage. Take this turn to also move your other combat echelon down one node from the Command Center, as we'll be wanting to deploy more echelons. Doing this will also kill a Dactyl that's in our way. On turn three, rescue the hostage on the right, and use the newly captured Heliport to extract her and retreat your echelon. Redeploy it on your Command Center afterwards.

For the next hostage, we need a bit more AP to slide past the big boss Smasher. So on turn four, move one of your combat echelons to the left of your Command Center, so you're in position to move towards the hostage. You'll also want to deploy a dummy here, for AP and swap purposes. The low CE Smasher echelons don't even have a Smasher in them, so you should be fine to kill them.