Under The Wall I EX 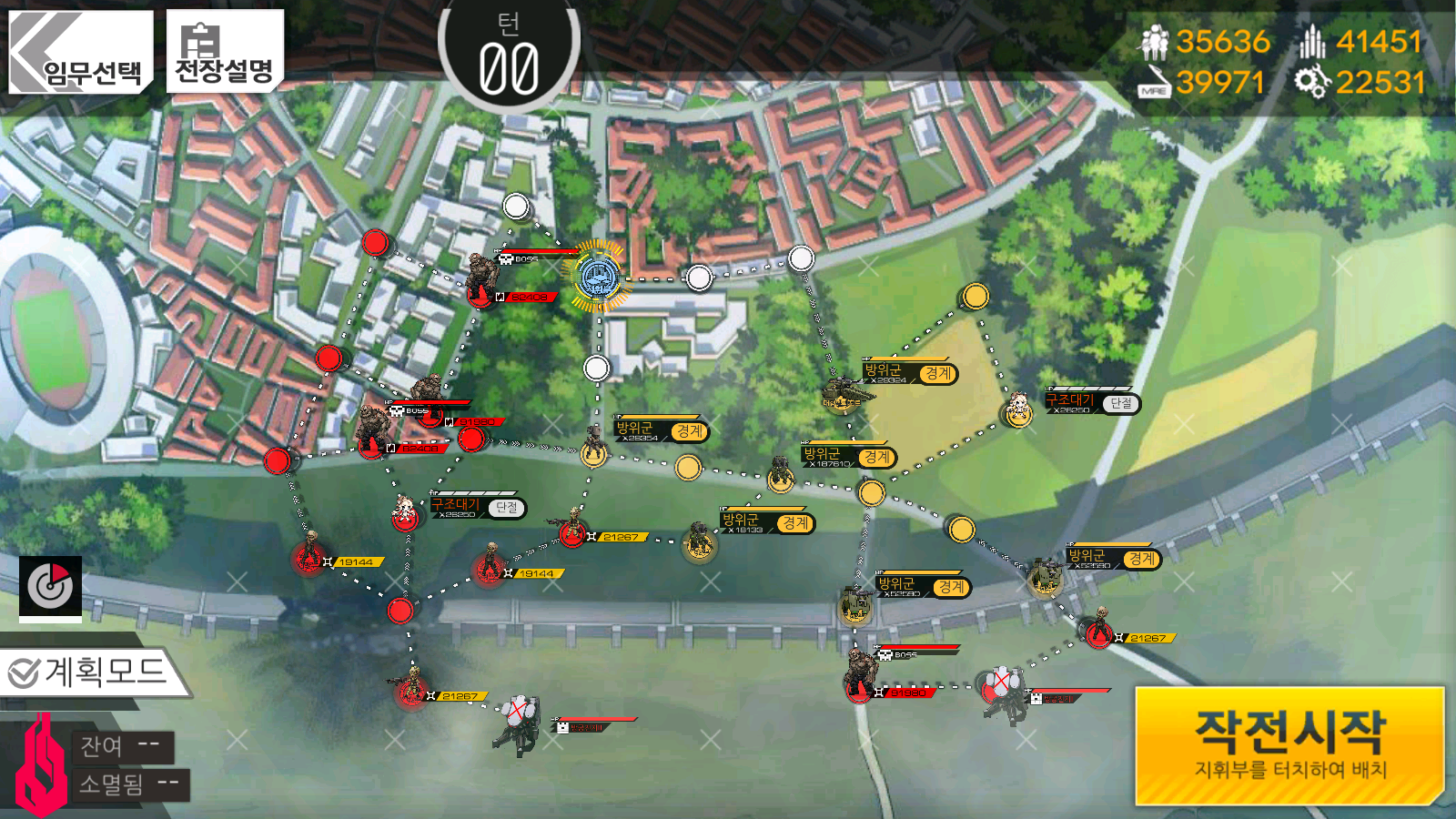 For this map, we have hostages on opposite sides of the map, being threatened by ELID and KCCO forces. To execute this, we'll need to focus on one hostage to rescue at a time.

The first hostage we'll focus on is the one on the right. Our first order of business is to move to the Heliport the Typhon is on to get us a place to extract the hostage from. This side gets scuffed pretty quickly, so we want to grab this hostage ASAP. Since we can't get to the Heliport immediately, it's better to deploy a second combat echelon on turn one, after you move your first echelon to the right.

Turn two you want to kill the Typhon and capture the Heliport. Do note that in the Typhon fight, the middle row does not have a Typhon in it, so stack your units there to avoid lasers. After killing it, with your remaining AP, move your second combat echelon down from your Command Center. This comes in handy later.

Turn three, grab the hostage and extract. I'd advise you to retreat the echelon as well, since the Smasher will probably fuck you up if you don't. Deploy a dummy on your Command Center, and get your second combat echelon ready to go to the left side of the map for that hostage.

Because of our limited AP at this point, we can't push forward without risking a fight with the non-boss Smasher, which is infinitely harder than the ones marked as bosses. So for now, we'll move up into the path of the patrolling boss Smasher, while deploying another dummy for AP.

On turn five, after killing one Smasher, we can go around the harder Smasher and get near the hostage. On turn six, you can grab the hostage and run back to the Command Center to extract the hostage, ending the map.