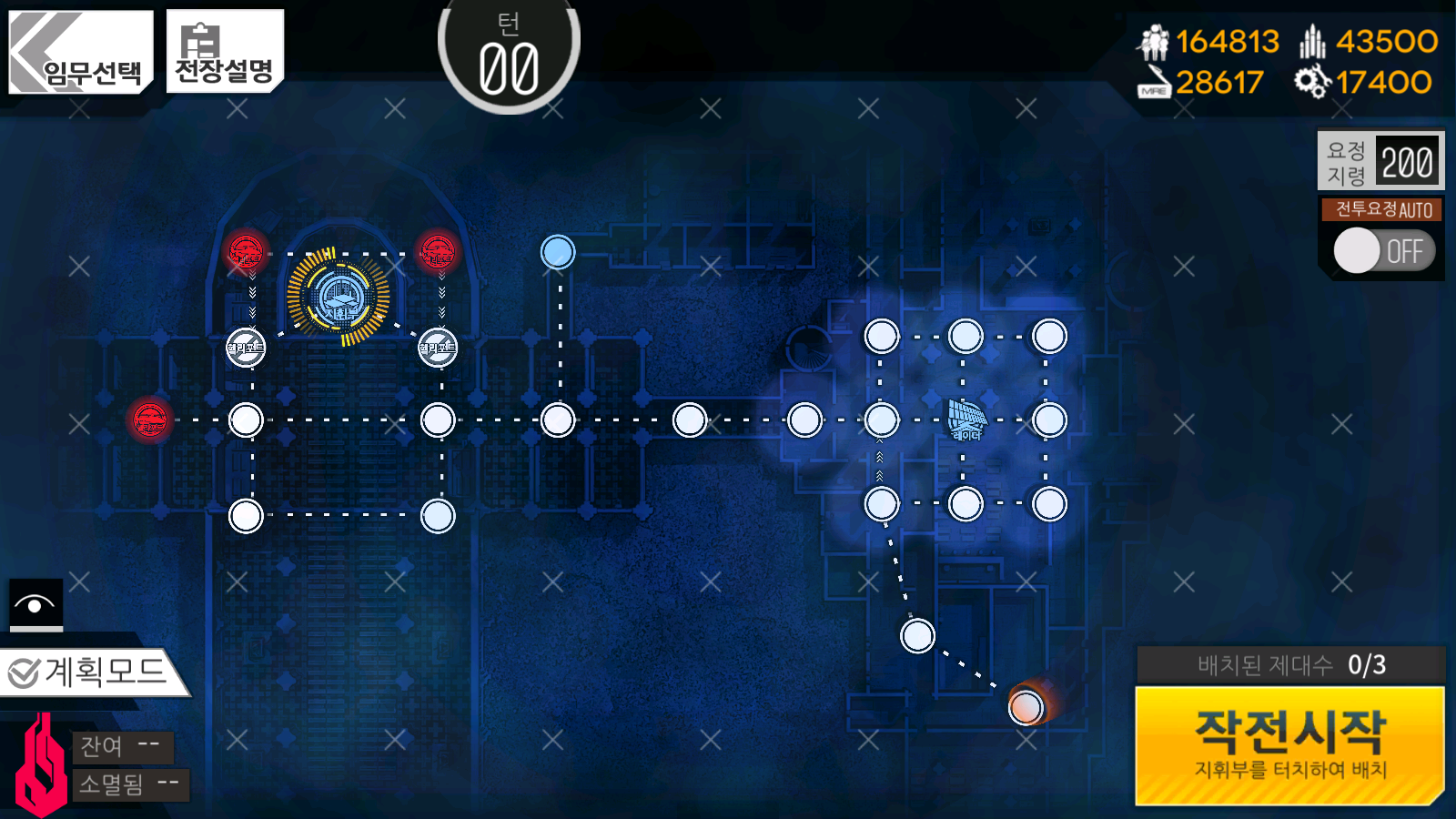 Another map with gates. Like white day 2, they're just there to stall your progress a little. This is particularly annoying because unless you're killing the 20k CE Manticores on the right side of the map you have a small window to bypass them. The other problem we have is that the Command Center is constantly under attack by enemies spawning from the Heliports nearby. Because of this, we need a second echelon that can defend while the first goes to complete the objective.

Starting off, we don't have much AP so a standard opening of move once deploy second echelon is all we can really manage, just go to the left side of the Command Center since that's closer to the gate switch. On turn two we'll open up the gate as well as take the closed Heliport to the right of the Command Center. You'll have enough AP to move up from the gate switch to encircle the Heliport nearby, you'll want the extra AP.

Turn three we'll need to resupply the echelon doing most of the work. This is a great time to deploy a dummy on your Command Center so we can save some AP, so move your main echelon up to the closed Heliport to the left of your Command Center. From here you can swap and resupply. It also lets you swap again to get closer to the exit to your little starting point. You should have enough AP to get to the second gate switch, just be sure to have your Command Center safe. Make use of swapping to save AP.

If all goes well, you'll be right at the little cube with your Radar Tower on turn four. Keep defending your Command Center, on turn five you'll be able to rush past all the Manticores and get to the designated node.