Wolf And Owl I 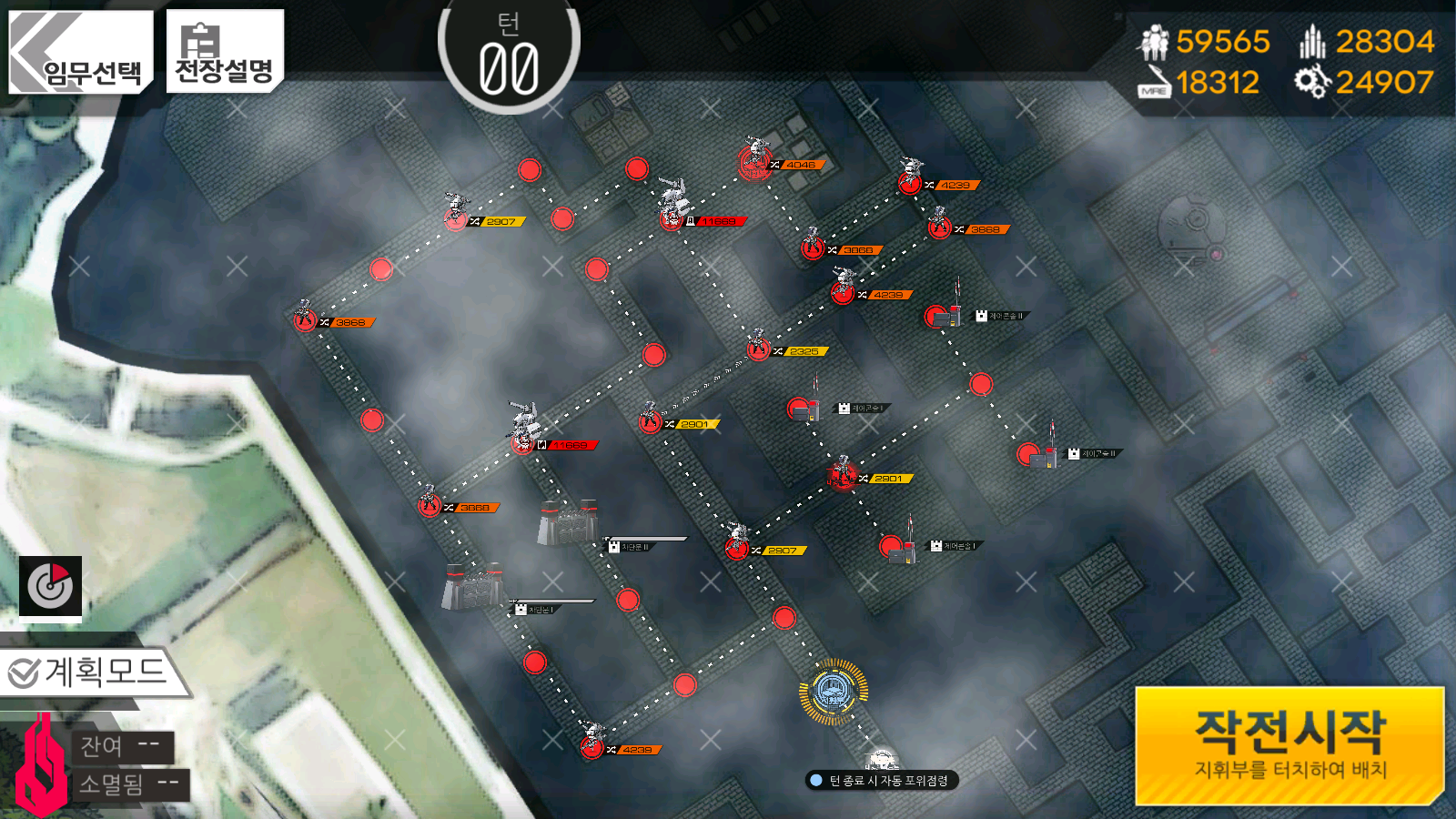 For this map, we'll be ignoring all of the consoles and baiting and all that fun stuff to kinda rush the enemy Command Center. To do this, we'll need sufficient AP and we'll need to use two combat echelons to deal with the all of the enemies guarding the objective. Turn one and two should be spent trying to capture the Heavy Heliport near the four consoles. Deploy your second combat echelon on turn one, then take the Heavy Heliport on turn two. A Rodelero will likely be trying to take your Command Center on turn three, so kill it. Deploy a dummy and use it to resupply any echelons that need it. Now we can set up to rush through to the enemy Command Center. This means setting up both combat echelons just before the one-way path. Going past it will alert the Gundam and pretty much brick your echelon.

It's important that we get past the big Gundam stack in one turn, because it will move down and block our path. So, on turn four, we should be in position to get an echelon through to safety past the Gundam. Kill the first three enemies on the route to the enemy Command Center, then bring your second combat echelon in to clean up the rest on the next turn.

On turn five, you should have a straight shot to the enemy Command Center with your fully supplied combat echelon, so capture it and end the map.