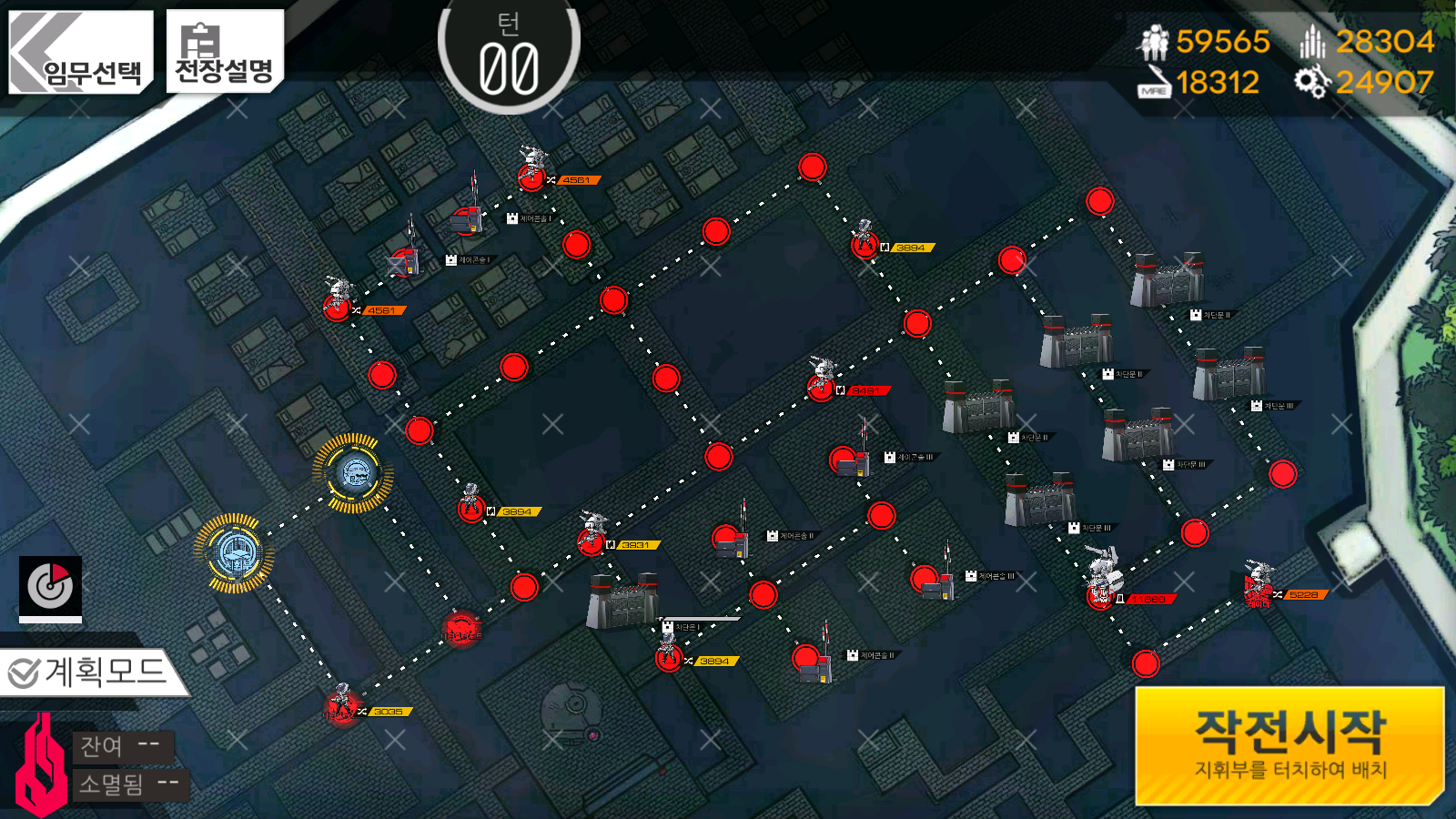 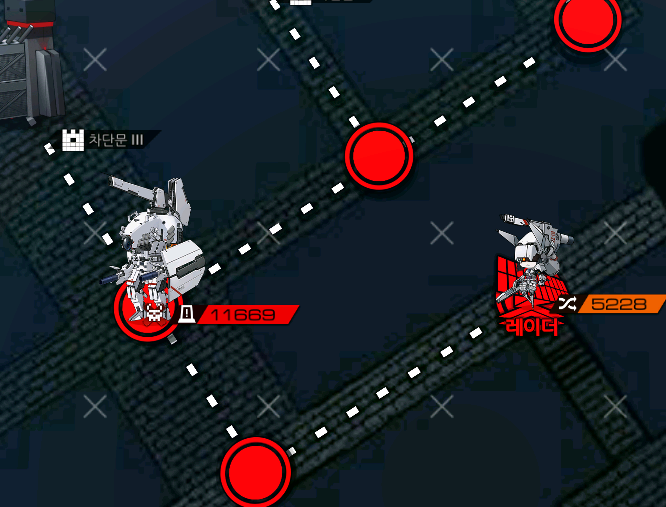 On turn one, we want to gain some AP and establish a little bit of a safe area for our Command Center. Deploy your two combat echelons and take the two Heavy Heliports directly below your starting position, then deploy two dummy echelons from the Heliports. This will be all the AP we need to finish the map.

On turn two, make sure you're resupplied and then head up to the nearest console. Activate it and move on to the next console. On turn three, activate the other console and then open the gate up so we can access the other consoles needed. Move your second combat echelon toward that gate with your remaining AP.

On turn four, go in and use the circled consoles in this picture: 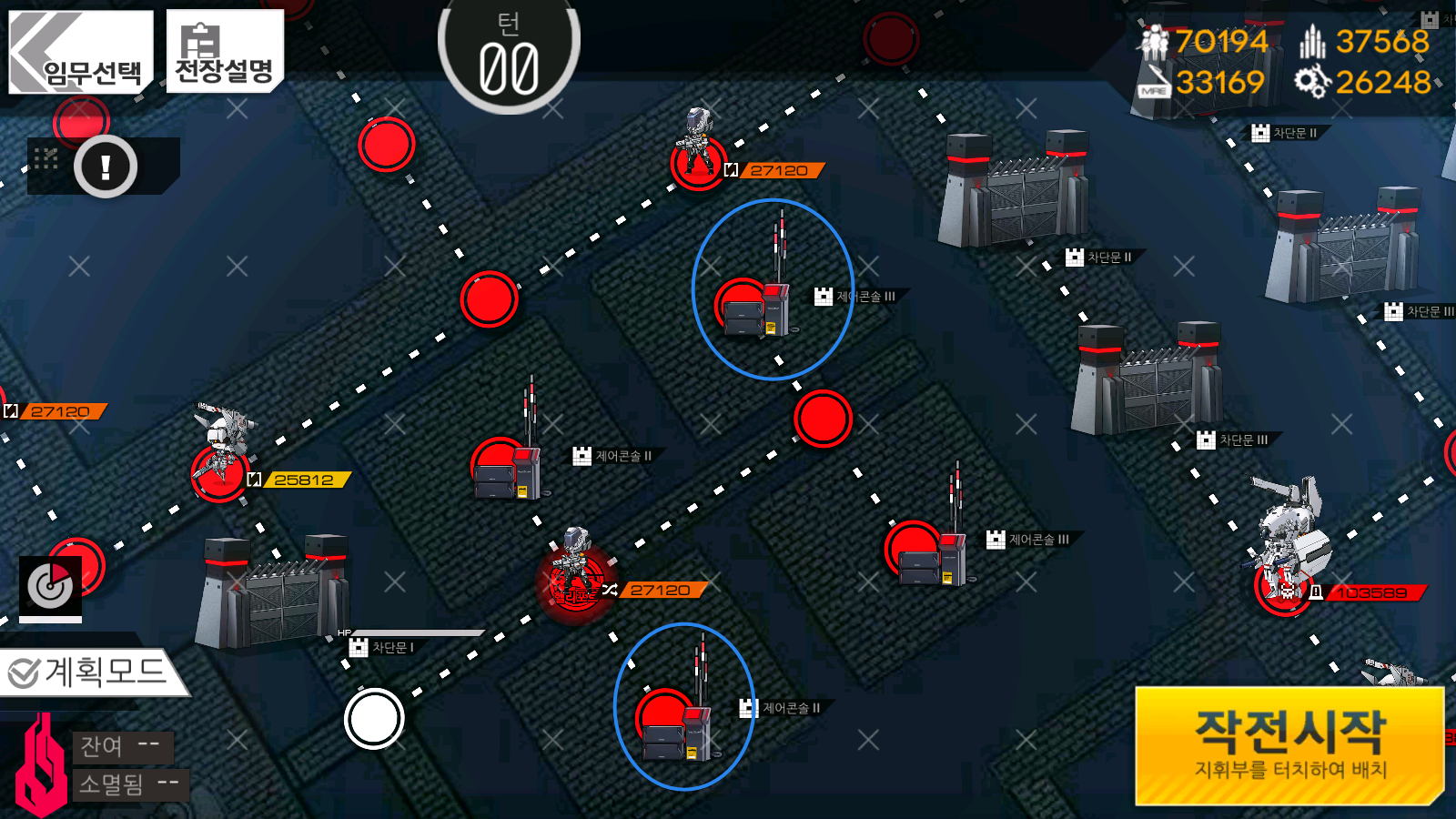 Full disclosure, that's from the EX version of this map. But you only need to use those two consoles to open the gates on the right.

Now on turn five, we can proceed over to the now opened gates and bait away the Gundam guarding the path to the Radar Tower. You'll want to stand on the first gate of the first set of gates on the right side of the map. For a visual example, stand here: 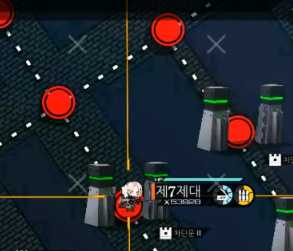 This will bait the Gundam, and then on the next turn, you can go around it and make a beeline to the Radar Tower to end the map.