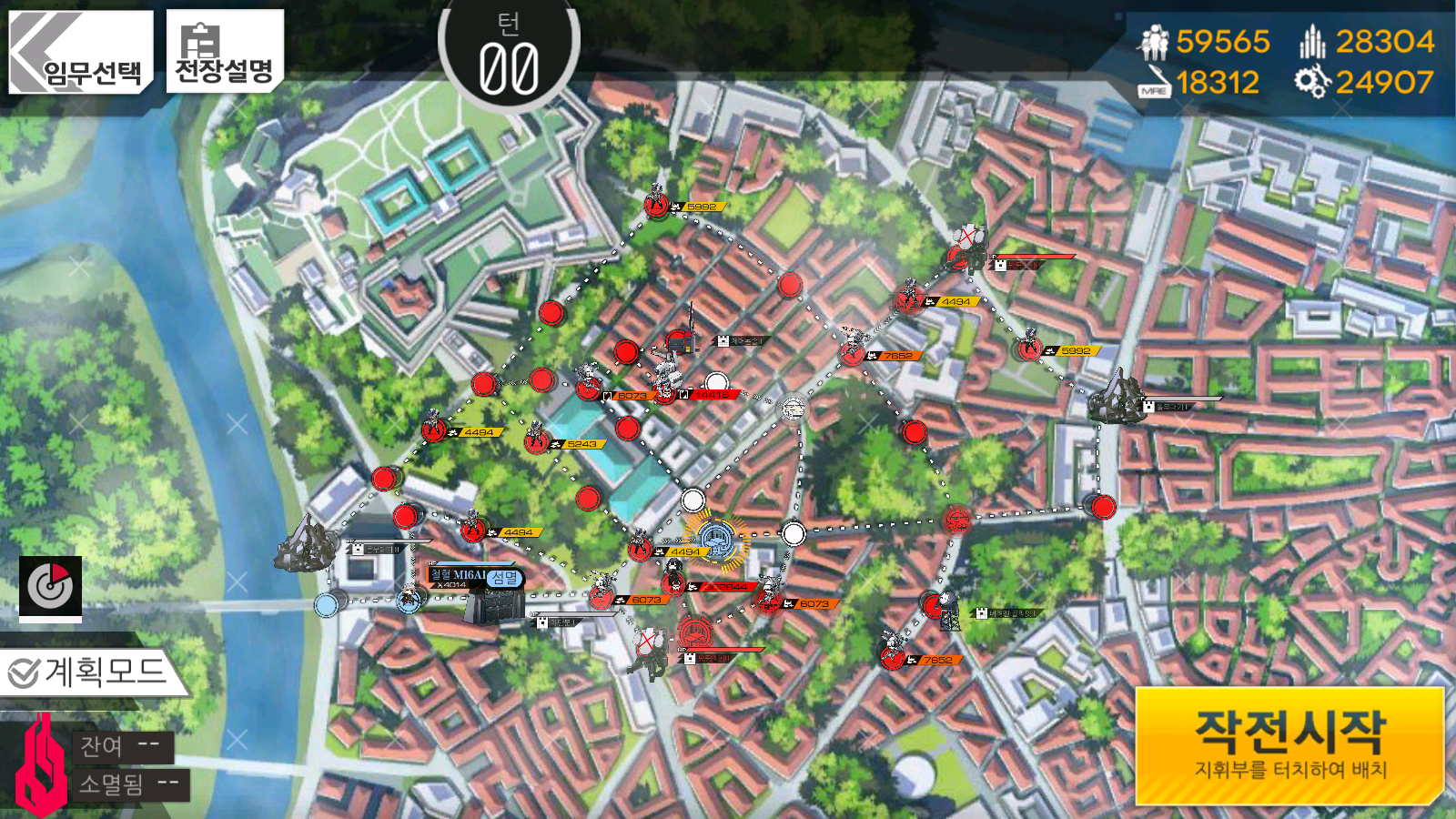 For this map, we need to get M16 to take care of the Nyto that's guarding the enemy Command Center. The only thing that's blocking her way is a big ol' gate. So our objective is to head over to the console and open it up for her. So, to accomplish this, we're going to send one combat echelon over to the console, while another defends our Command Center from spawning enemies. Thankfully, the Strelet behind the one-way path does not move, so we don't need to worry about that.

On turn three, head straight to the console and open up the gate. I would set M16 to the "Capture HQ" AI, just to be sure she'll head there. At this point, you could actually just tap end turn a bunch of times, while keeping your defending echelon supplied, and you'll eventually win the map. If you'd like to do it faster, you can take your combat echelon that went to the console and head to M16 to swap it closer to the Nyto, then capture the enemy Command Center like that. Either works.