There's been a lot of requests for "How to do zas runs?!". You may say that it's for the cheap runs resource wise, but haha. No. This, like heavy construction, is a path to poverty. The run may be cheap, but it'll get you in other ways. Namely, disposing all of the garbage equipment you'll get during your runs. 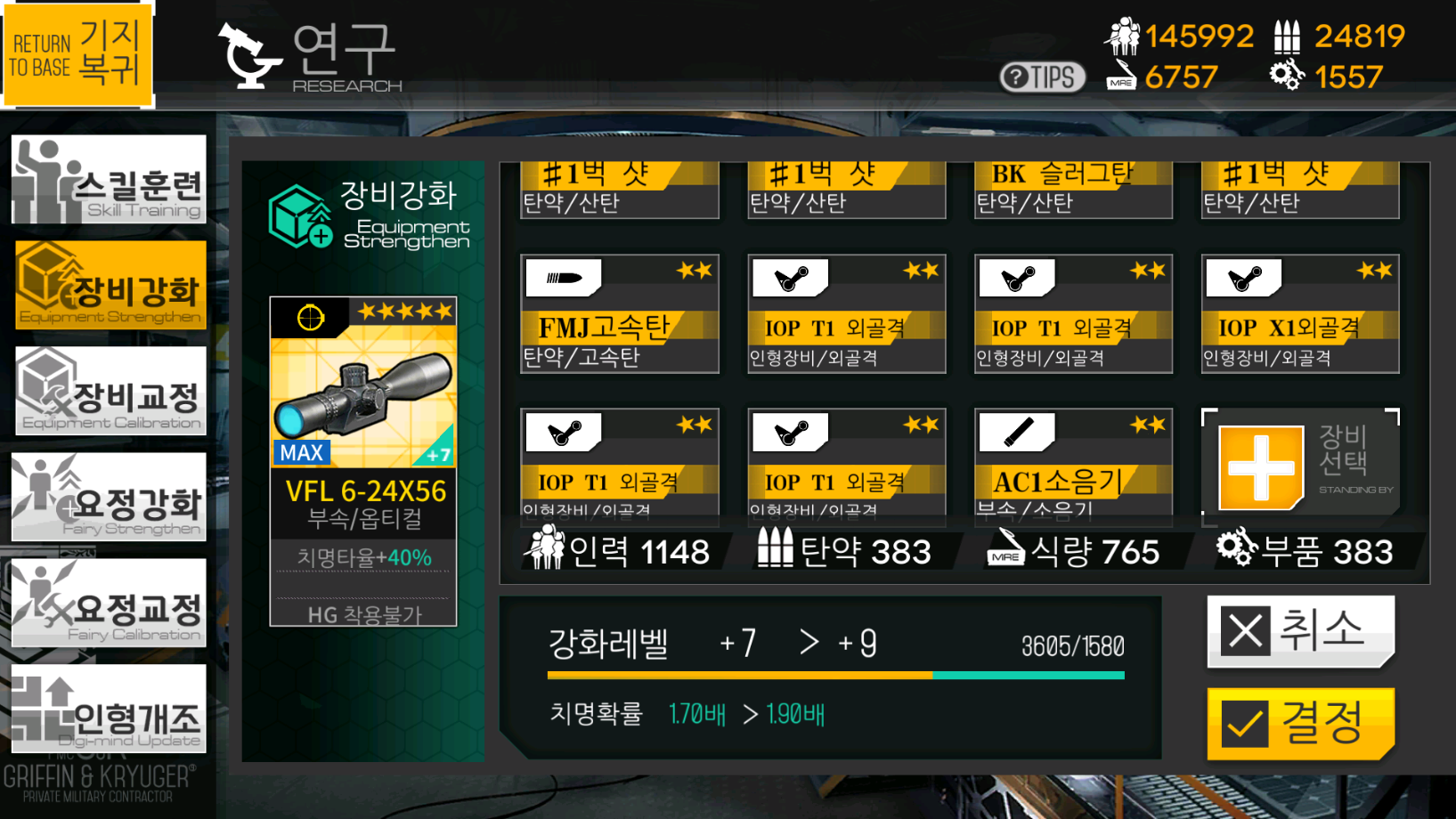 If you need any more proof that it's not going to absolutely murder you, look at my resources. I'm currently rolling for hgs, for the record.

Personally wanting to die moments aside, if you don't want to spend all your resources on enhancement, you can just delete the gear via retirement.

As for how to actually do the runs, you need to do some prep to make them work before anything else.

The prep starts with your zas. You need two of them to make it work properly, so have fun hitting the gacha vending machine. Once you have that, you need to level them appropriately. But wait, there's some specifics with how you need to set your zases up. So don't fuck it up, if you do, it's going to be a lot more complicated to fix it so you can do it properly. (I'll include a table at the bottom that can give you the proper setups for if you have a higher linked Zas.)

The ideal is to have a Lv 60 unlinked Zas that is max enhanced at that level. Which means something that looks like this: 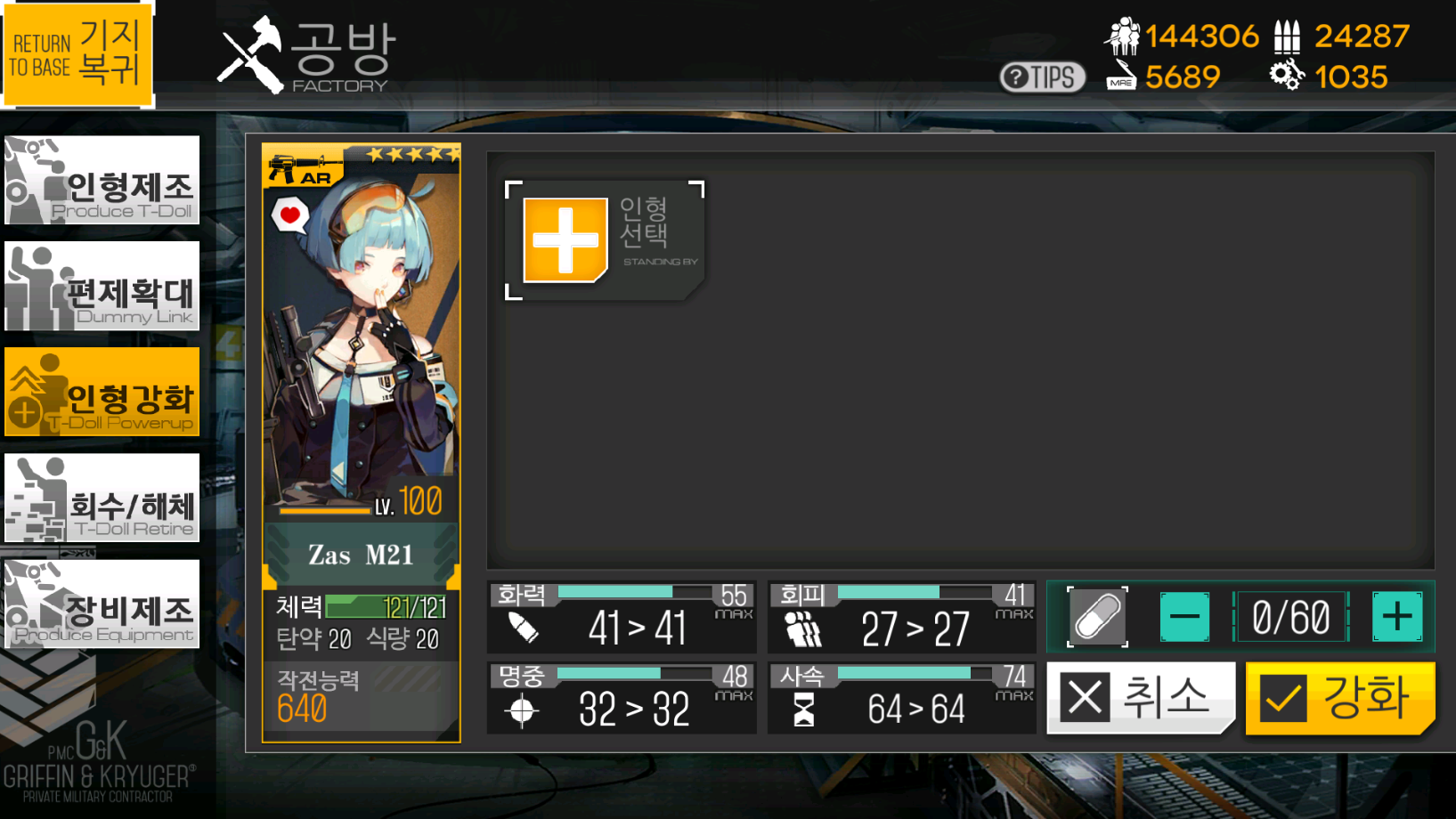 The two stats that matter are the damage and the rate of fire. The damage stat is less important to explain but RoF is the key that can make or break your runs. While not really explained very much in game, if your T-Doll is mid firing animation, it can't use its skill immediately. The reasoning for the 64 RoF is that you can easily decrease it to the required 56~62 RoF via holographic sight. The reasoning behind the numbers is that you'll be able to fire your skill at the right time to kill all the dinergates/tarantulas without taking a hit.

The damage stat is important due to how grenade targeting works. In 6-3n you don't want it too high to throw off where the grenade lands. For 8-1n, you need to take out one of the dinergates that are a little ahead of all the others. Don't worry about that for now. Most of that will be covered by equipment and fairies. (This is also the reason why you're using an unlinked Zas)

I should clarify this, since I feel like it can't be emphasized enough: Those stats in the picture are the stats from a capped Lv 60 Zas. After Lv 60 I did not enhance it any further. Make sure you at least have the required RoF. If you don't have the right RoF, the strategy will not work. To remove any need to figure out any special strategy for setting up, just get to Lv 60 on her and max out her stats. Do not touch her stats any further.

For her equipment, you'll want a +10 max calibration gold HV(APCR High-Velocity Ammo), and a -4 RoF holographic sight(EOT 518). The damage on the holo sight doesn't matter too much, but the more the better.

As for her skill, you don't need to skill level her at all. You can, if you wish, but it's not needed. Her grenade does enough at Lv 1 to kill the enemies you'll be fighting.

And finally, and most importantly, the formation. You want to use an L formation. You don't strictly need to have her in the 4 position, but it's recommended. You're only absolutely required to bring Zas, any other slots are filled with T-Dolls for leveling. Be sure to watch any formation buffs while you organize your formation. If Zas receives any RoF boosting buffs, it can ruin your runs and cause you to lose T-Dolls.

So you have your two Zas all ready and leveled, but what's the maps and routes you'll be using? We have 2 different maps available in Kr/Cn, but the only one available in En at the time I'm writing this is 6-3n. But we'll cover both maps just because.

Slightly faster than 0-2 to run. 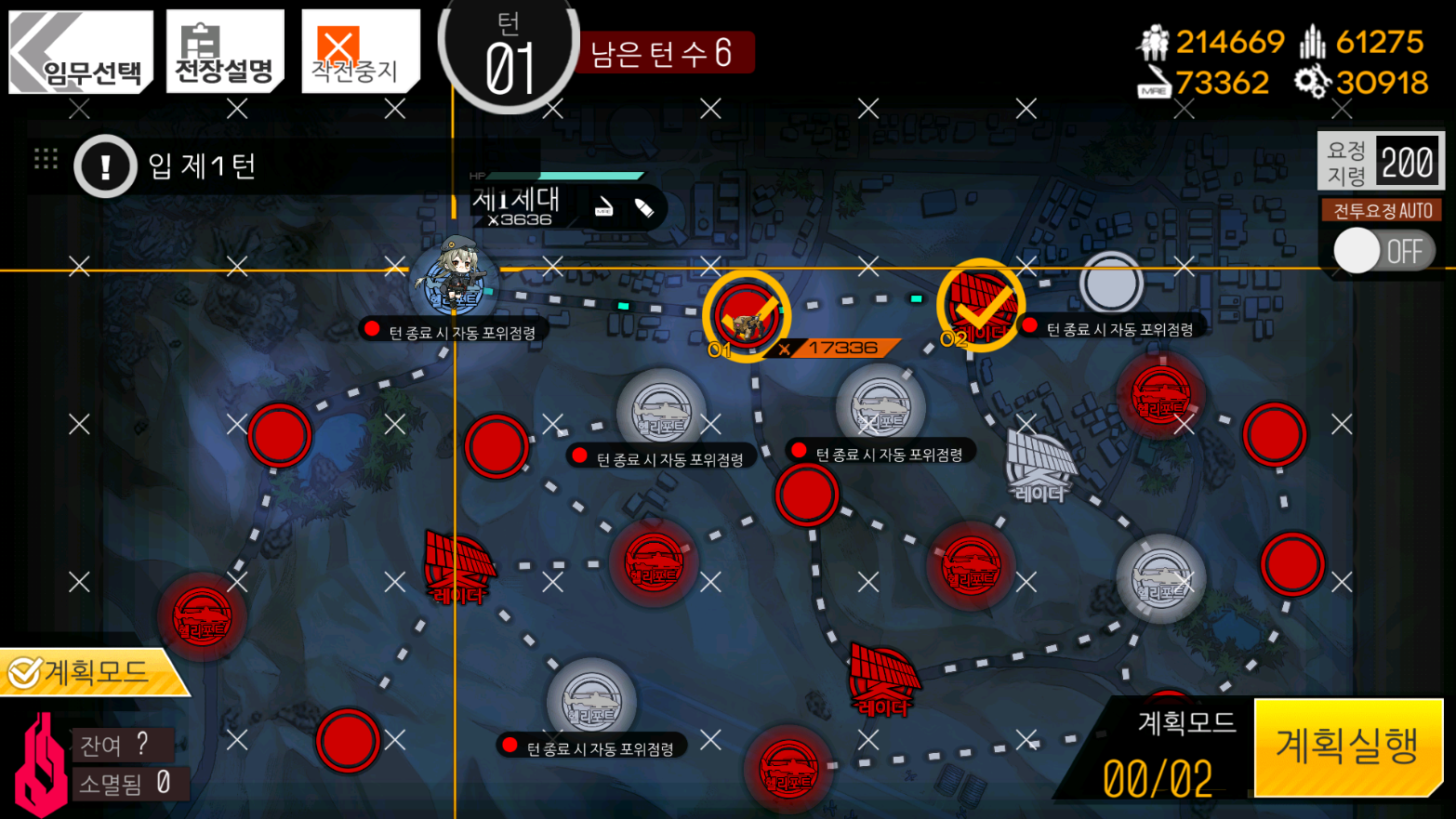 This map has a bit of echelon management to it, since you need to deploy a dummy to preserve your ammo/mres. You kill two enemies on the planning route indicated in the picture, then end your turn. This will take the radar tower and the heliport next to you. From here, you can retreat and/or resupply your other zas. You have enough AP to do both. Do note that since you only kill two enemies, you run this map twice before swapping out the zas you're using.

The current best map to grind levels in. One turn five kills, restart. 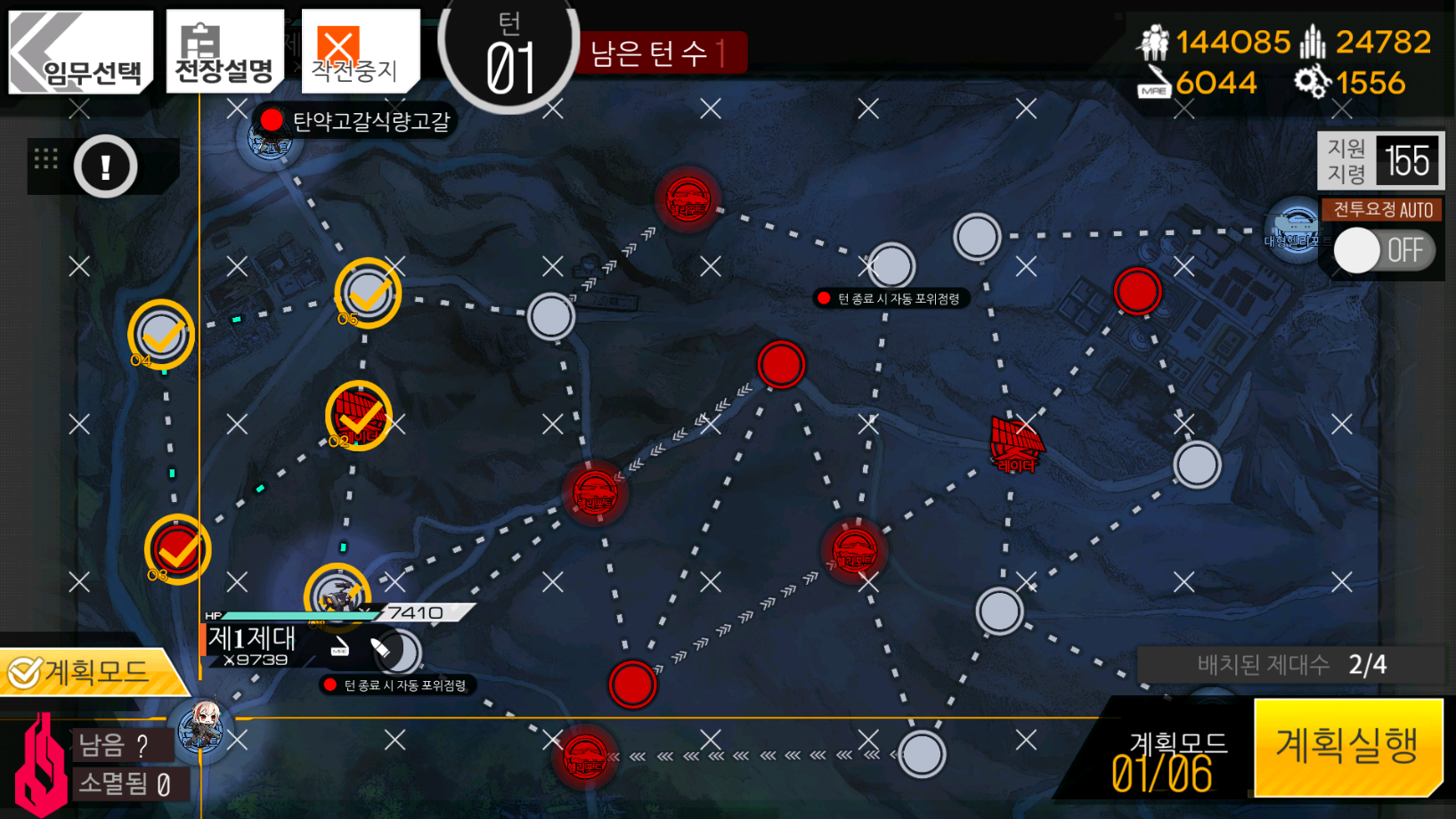 The issue with this map is that the nonarmoured dinergate echelons require you to hit 95+ damage stat to clear consistantly. By the time 8-1n comes out, you'll have access to fairies, so as long as you can hit that threshold with equipment, you'll be fine. If you fall short of it, you can use formation bonuses from HGs like Contender or Grizzly to compensate for it. Just make sure whatever you're using doesn't have a +RoF bonus.

Table if you fucked up#