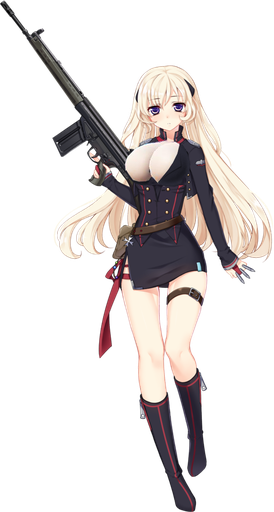 Is it just me, or are her tits getting bigger with every new incarnation of her art?

Her stun is basically useless. Even at max level, it's shorter than the level 1 stun grenades of the flashbang smgs, but her grenade damage is fine. TOO BAD IT NEEDS THEM TO BE BELOW 50% HP, at which point you probably could have killed them with a different unit.

Basically she's a not-awful Grenadier if you need one for a specific task (like say, corpse dragging), but she's got that H&K price tag (too expensive for what she does) and SOPMOD3 exists as a much better choice to pour fragments into.