We're still around chapter 1 levels of power here. Big difference is, we're already having night battles! Hope you have at least some night vision. Things shouldn't be too bad without it since stuff is fairly weak, but for a new player it could be a little iffy. Try and get some night vision ASAP though, there's more night maps to be done in the future. If this is your first encounter with a night map, please bring a HG with you on your echelon so you can actually have vision on the map. 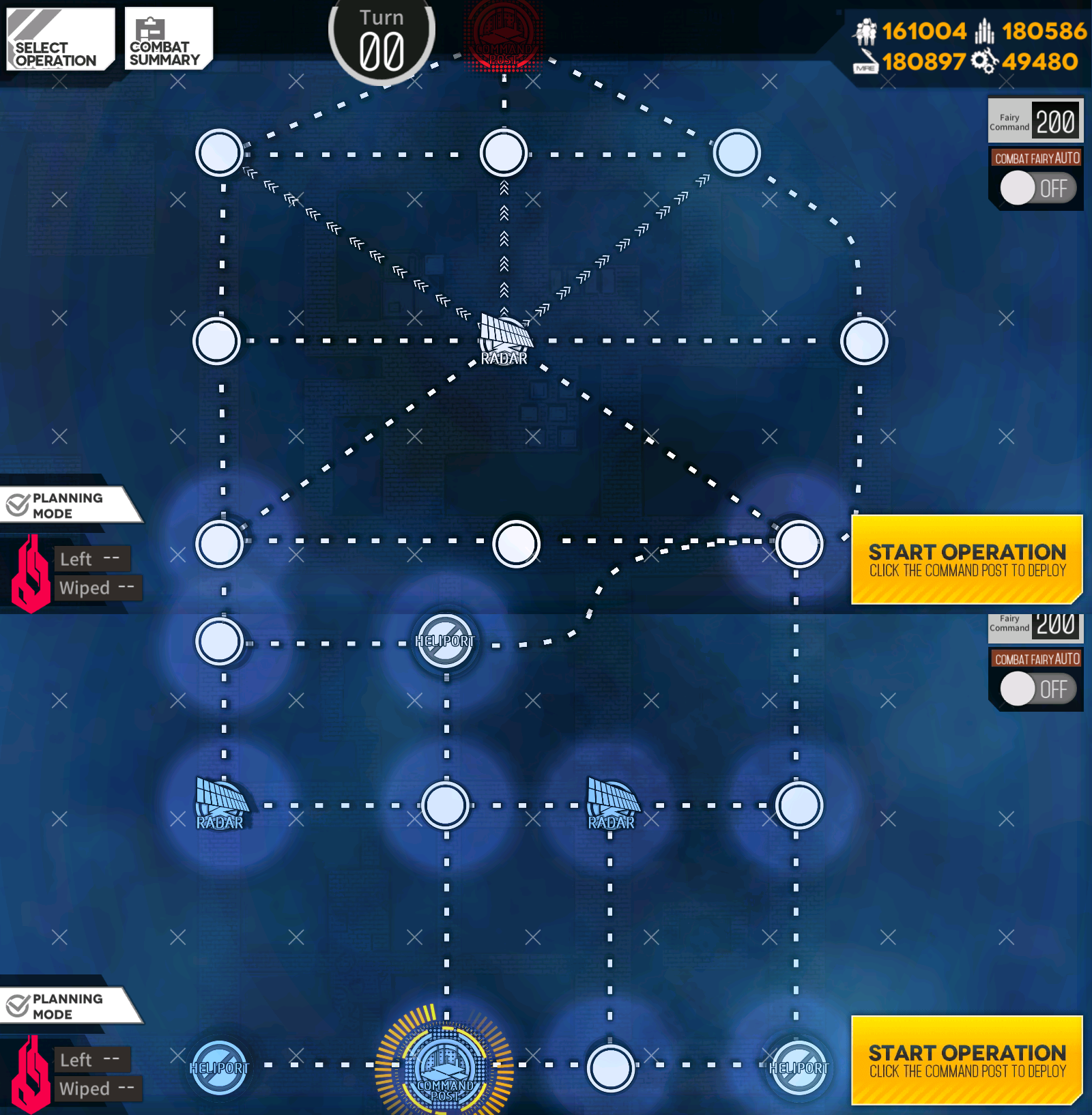 This map is pretty much a stealth map. You'll want to avoid the big scary skull marked Manticores. Thankfully the ones near your Command Center loop around in a set pattern, however their starting position is random. You also start with two Radar Towers, making them easy to spot.