The goal for this chapter is to take the enemy Command Center. 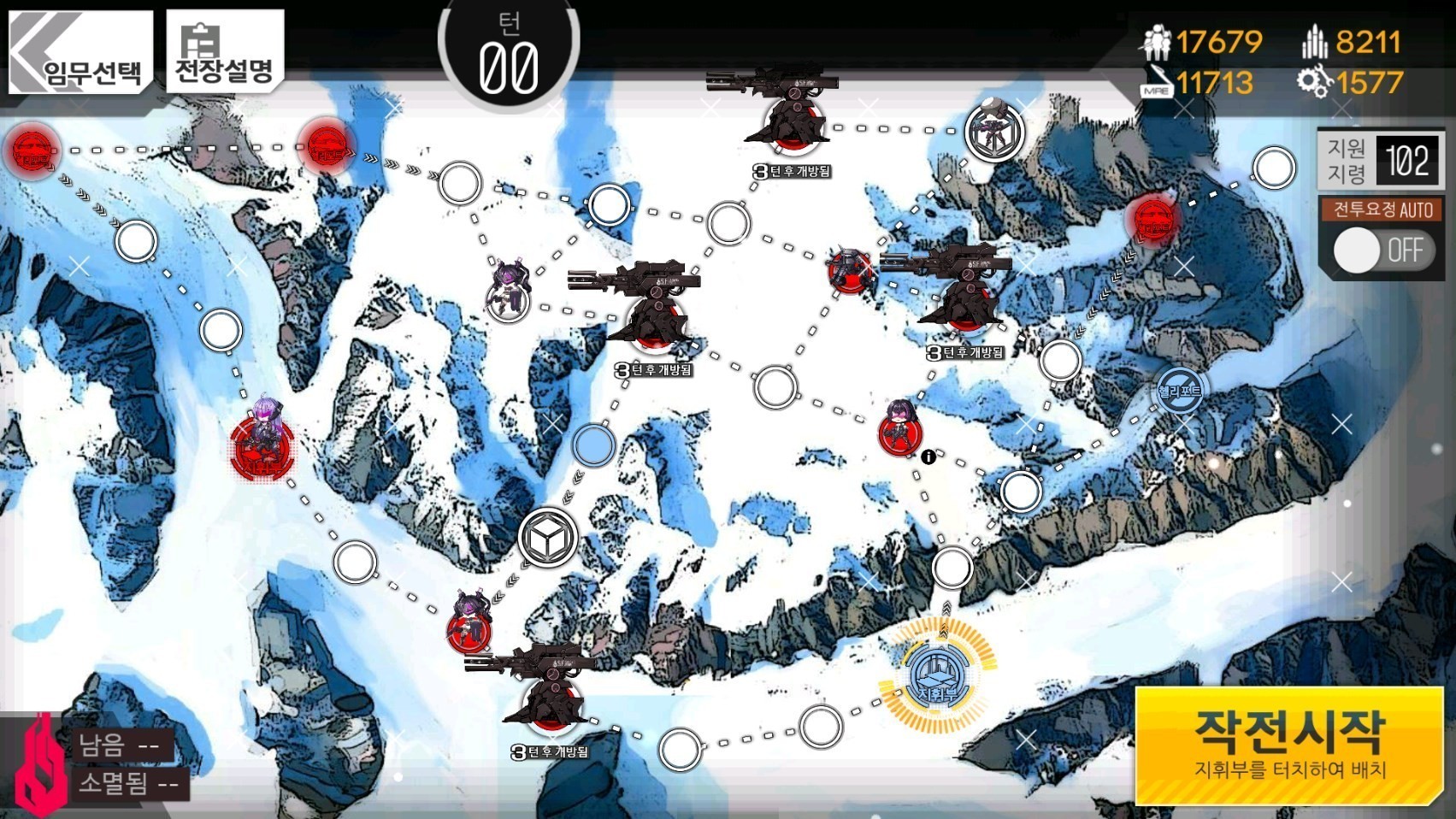 This map introduces a new mechanic and gives a better insight on one of the mechanics from 1-1.

The new mechanic is the addition of Jupiter Cannons. These massive guns have insanely high firepower, enough to completely destroy enemies fighting them. Because of this, you can't take them on through straight brute strength.

There's two methods for clearing them out. The first of which is the best and only method for most commanders. This involves encircling the Jupiter Cannon, meaning, taking all nodes connected to where the cannon is emplaced. 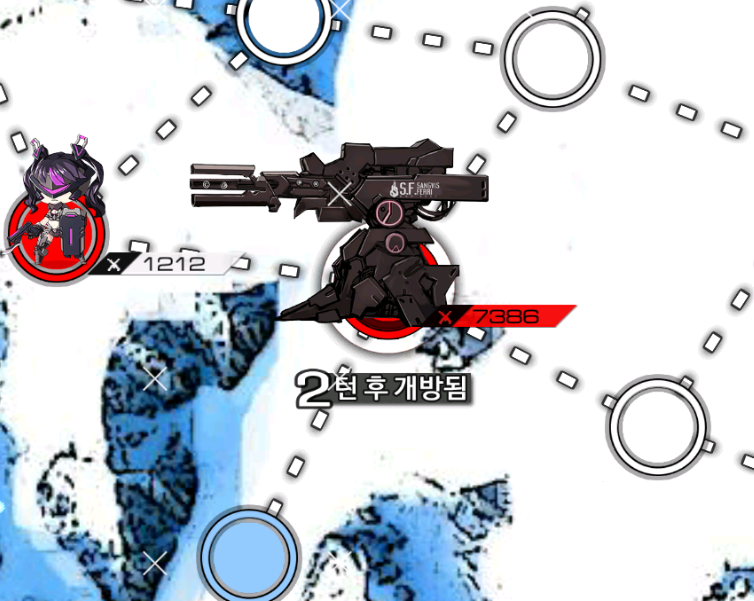 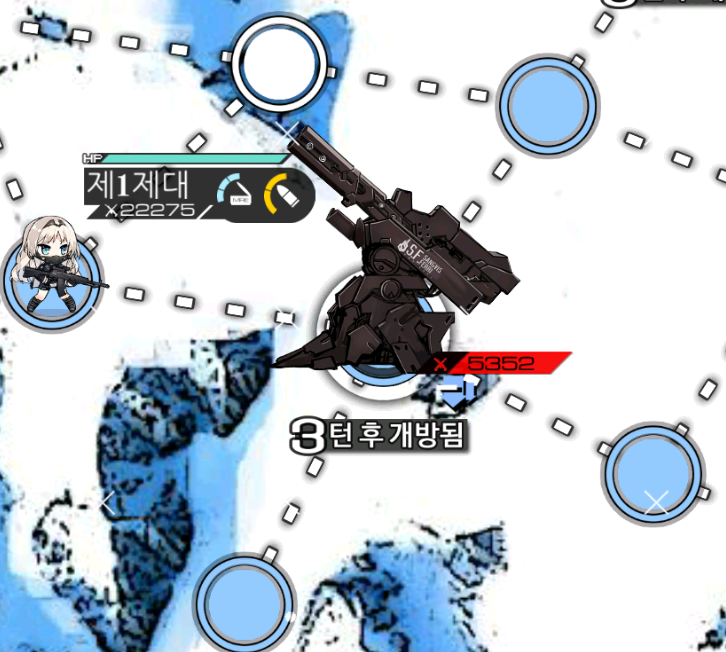 Thankfully, Jupiter Cannons can't move, so it's very easy to do this. After you do this, the cannon powers goes down and only has regular guns to defend it. These are much more managable, as it won't be one shotting t-dolls.

The second method requires heavy micromanagement, and isn't quite needed to be done. So I'll decline on explaining how it works. If you'd like to try it out, I suggest doing your own research on the matter.

As for the returning mechanic that has more depth to it, we have closed heliports once again. This time, a few of them actually reopened! The information below the closed heliports describe the amount of turns they'll be closed. While its closed, they have the crossmark on it, and when open they look like a normal heliport. While open, they function the exact same as a heliport, meaning you can resupply and call echelons in from them. Do keep in mind, that the heliports have a turn limit for how long they're open.

Keep these in mind and you should be fine for this chapter. You only need to take out one of the Jupiter Cannons to get to the enemy Command Center, so don't feel pressured to kill all of them. Nice and simple chapter.

Here's the video of me doing this chapter.