So, Operation Rabbit Hunt is here, our first collab event. It's not a particularly hard event, most collabs aren't. It's intended for players starting because of the event to finish it, so don't expect this to be complicated like some of the major operations. I'd place the difficulty of the enemies and such to be at around Chapter 4 or 5's level. Going in with an echelon at around that power may prove to be a little difficult with the last map's boss, but it's very doable, especially if you use quick repairs.

For recommendations, I'd say having two battle able echelons is enough to clear this. You'll use up to three dummy echelons for ideal strategies, so you may also want to have a few echelon slots. The content is very doable with only two dummies, though. Other than that, you could get some milage out of RFs or MGs during the end boss. It's not needed if you can do some micromanagement of your unit positions. It's perfectly doable with an AR echelon.

Also, since this canonically takes place after Arctic Warfare, Rabbit Hunt has some of the things introduced in that operation.

First, we have one way paths. It is what it is on the label. Some pathways between nodes have arrows pointing in a direction. Once you move through that direction, you can't go back. This functions to limit the mobility of the player and to funnel them certain ways, sometimes even allowing for enemies to come through from heliports interrupted.

Second, we have two new units introduced here: Strikers and Brutes. Strikers are slow moving minigun enemies that can deal a fair amount of damage due to their RoF. SGs are the best way to tank them, but it's not needed, especially not for this event. Brutes are quick enemies that deal low amounts of damage due to their accuracy, but they have very high armour penetration. SMGs are the ideal way to deal with these, but their accuracy is so low even an AR can tank them. As long as you're not fighting them with a SG, they're very easy to deal with.

The objective for this map is to capture the enemy HQ. 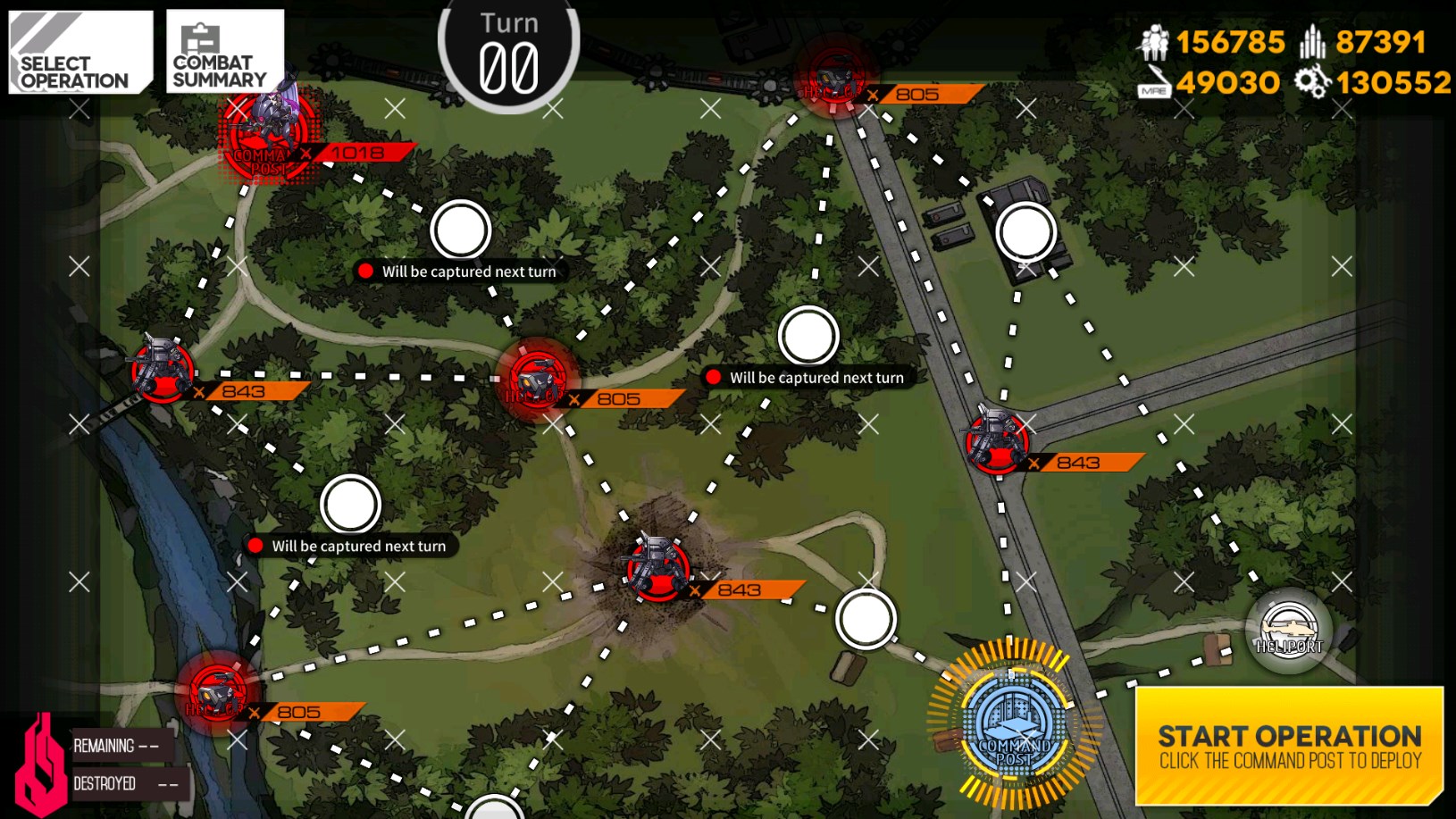 This is a very straightfoward map to do. All you need to do is move a unit towards the enemy HQ while defending your own. It shouldn't take more than a few turns to do so. Thus your second echelon that will defend your HQ doesn't need to be too strong, since it won't be fighting more than a few times at most.

The dragoon ontop of the enemy HQ is what drops the Seithr boxes in this map, so doing this map 3 times a day is key.