You'll need to parachute over to this set of heliports 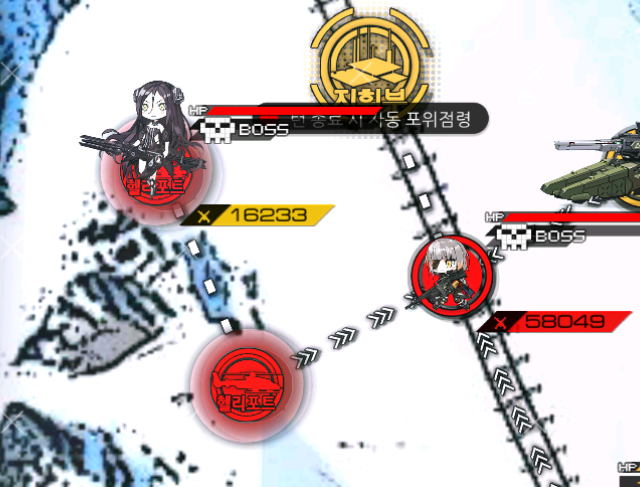 after Dreamer/M16 spawns. Dreamer here is weaker than her main story variant, and she doesn't move from that heliport. So you can wait out the parachute debuff before taking her on. This is strongly recommended over fighting M16A1, as this is annoying as it's REALLY meant to be fought by the M4 NPC by herself. 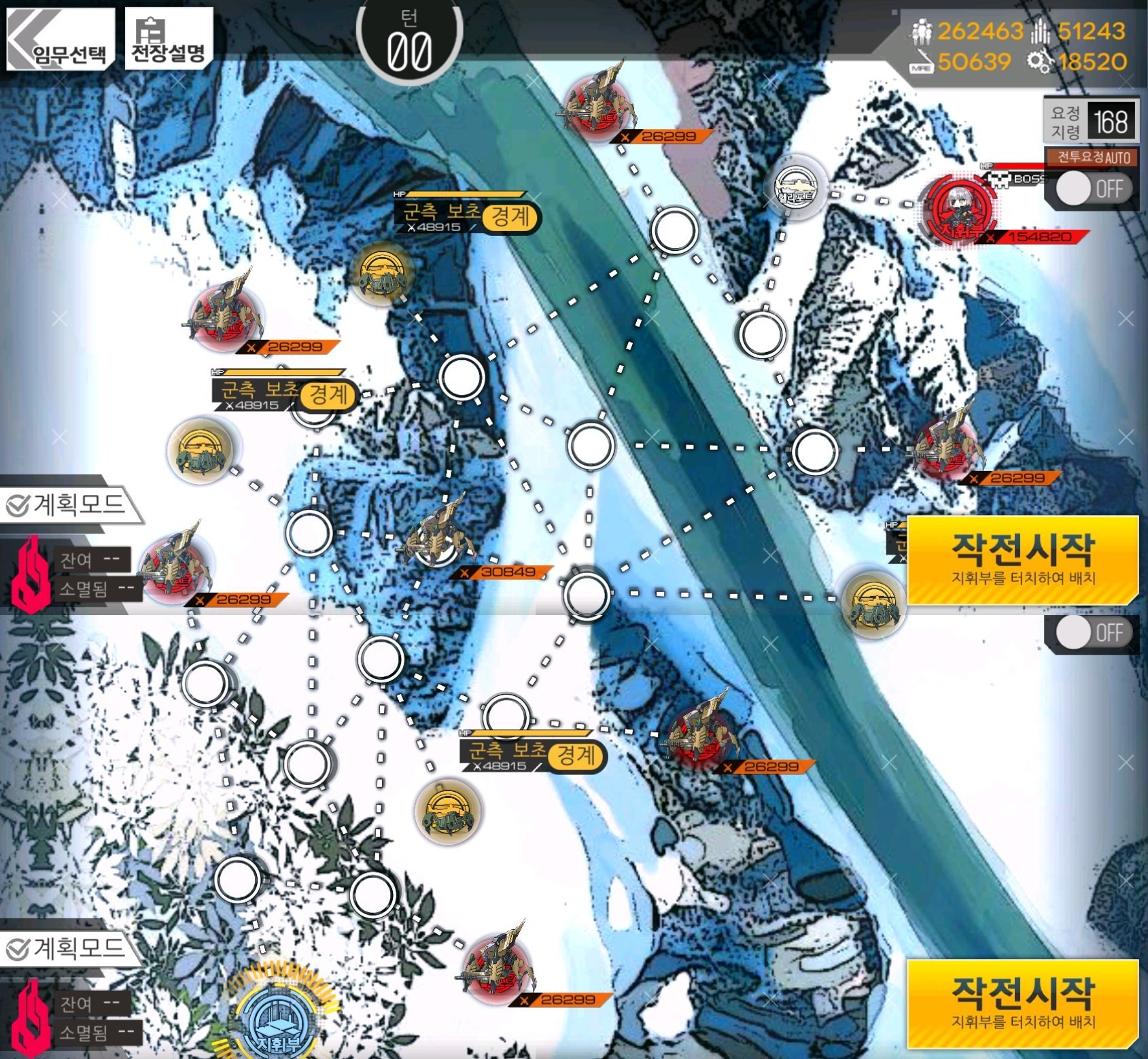 Because you're required to use a parachute to even get here...I'm going to assume you have a parachute to use here. Which makes this map infinitely easier thanks to the heliport right next to M16. So ignore all of the map's bullshit and parachute right in with your dummy. Don't worry about M16, she doesn't move. Capture the heliport and deploy your M16 killsquad. It's time to fight big boss forreal this time.

Here we go, M16 in her full force. Rocking an insane 360k HP, with fairly high stats all around, you're looking at a pretty hard fight. Not to mention all the mechanics from story M16 basically go out the window, making you need to relearn the fight entirely.

Her main shtick is using a flash grenade in combination with a flare. This flare

is randomly placed on your side of the battlefield after the stun grenade goes off and does a DoT (damage over time) to any T-Doll standing on it. The DoT only ticks for one damage, so it's not too big of a deal. Now, the thing is, you actually want to stand on it due to her first skill. Detector.

Annnnnd if nothing's standing on the flare, M16 just says fuck you and gets all of them. Fun!

The typical response for the flare is to have a HG run over to it due to their higher movement speed. The firepower buff is rough, but managable. You have about 3 attacks from M16 before she'll actually use the skill to consume the flare, so it's not too much of a rush to get to it. Do it sooner rather than later, though.

She'll go through a pattern of using stun/flare->Detector->shoot a few times->stun/flare->and so on until she reaches 25% HP. This is where here other skill, Pbhuyrssitc, comes into play. 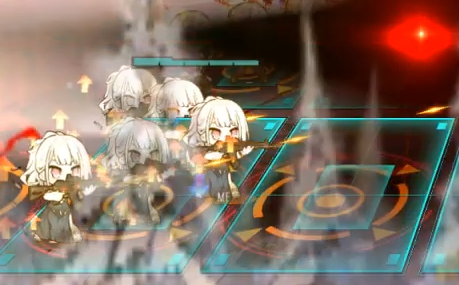 any T-Doll caught in this as it goes off will take 9,999 damage per tick (thankfully not bypassing dummy protection) they stay in it for. You have 2 seconds before the skill goes off fully, so you can actually get ARs out of it. At this point, you can most likely afford to retreat an AR if you can't get them out of it.

So, with all this in mind, what do you bring to deal with M16?

The typical setup unless you're doing some...extra special tactics, is to run 2 AR, 1 HG, 2 SMG. You'll want whatever you can get that puts out enough damage to down M16 before your tank dies. Modded AR-15 as well as stuff like AK-12 or modded M4 do wonders vs her. Your HG can just be whatever, since you're mostly using them for the flares as well as to ease how much movement you need to do for Pbhuyrssitc. Contender is always a good choice for the slot, but there are other options. As for your SMGs...MP7 or Suomi do well against her. Fights are long enough to get a good amount of use from their evade boosts, making their value pretty good. Offtank, SR3-MP is a good option just for how much damage she can put out. You could go with a defensive offtank and just split the damage between the two, but just killing it faster is a better option IMO.

If you can survive this, you'll finish the map and the final map of Singularity's story. Congrats.