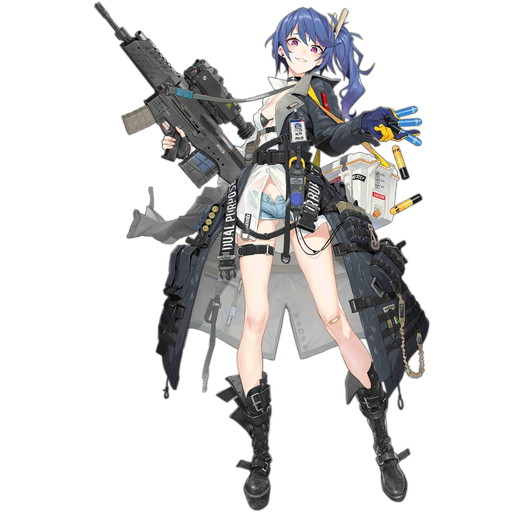 Totally not Architect in disguise. We think. Probably. A grenadier that's actually pretty ok at general use simple because she fires the grenades within a time frame where everything isn't fucking dead yet, and she fires a huge volley (1 per link) that finishes off targets if the first grenade doesn't kill them. On the flipside, firing 1 grenade per link ALSO means she doesn't reach full power until 5x linked, and also means every dummy lost is a loss in grenade power, unlike literally every other grenadier.

Her main problem is literally random targeting, so the grenades may or may not land in the ideal pattern, but they're at least hitting things and you get lots of grenades, so at worst the spread is not ideal rather than wasted

You might notice it says S&T Daewoo instead of Daewoo precision industries on the name. S&TD was the name when they made the K11 (these days theyre called S&T Motiv.) while Precision Industries was the old ooold name. So... yeah.