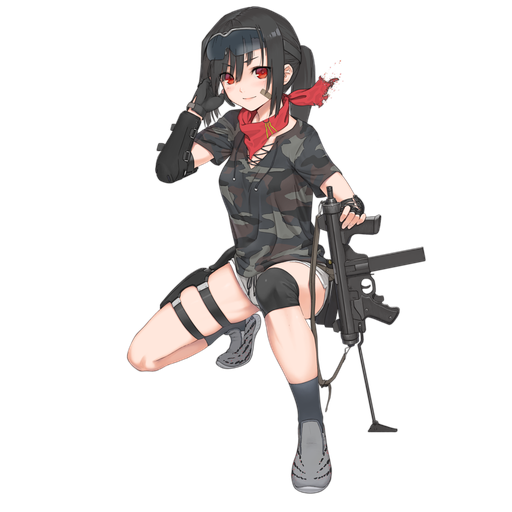 Lower Evade and Higher HP (funnily, the same HP as Beretta 38) than Skorpion or Z62. Italian MGs seem to have a habit of that for some reason.

Has more firepower than Skorpion but less than Z62. Tiles are not the worst, but not great either. The most interesting bit about her is the hilarious controversy when her damage art first came out and was quickly pulled and retouched within about 3 minutes, rather than actual performance.

Would not recommend as a first choice, but if you're scraping the barrel for Molotov chuckers for some reason.

For those wondering, when her damaged art was first revealed on CN server many years ago, she had hella cameltoe and people joked the artist forgot to clean that part up properly (it was pretty much a straight up imprint of female genitalia on her pants). It was quickly taken down and then touched up to the current damaged art within a matter of minutes. This whole incident is basically the most notable thing about her, because she's frankly otherwise meh. I'm sure not linking it, but you can probably look it up yourself if you're that hard up.