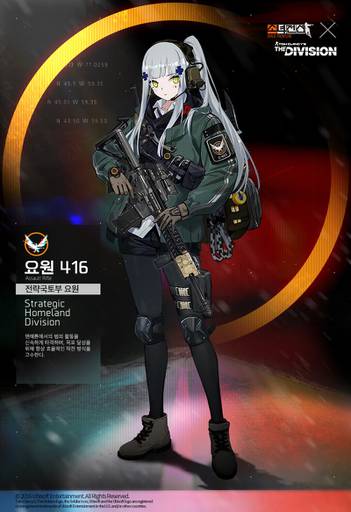 Proof that the universe contractually requires 416 to be a bitch, given trying to fix her shitty personality is what caused the problem in the first place. More hilarious is she's not even an HK416, but the Patriot Arms clone.

Instead of being a grenadier, she's basically a mine layer, planting mines that seem grenade-like, but the big thing is that THEY DO NOT IGNORE ARMOR. They do still do full damage to all units caught in the blast though.

She is however, pretty fast, taking only four seconds to use her skill for the first time, and having all three of her special gear means you start the battle with some mines in place already. This is potentially useful for something.