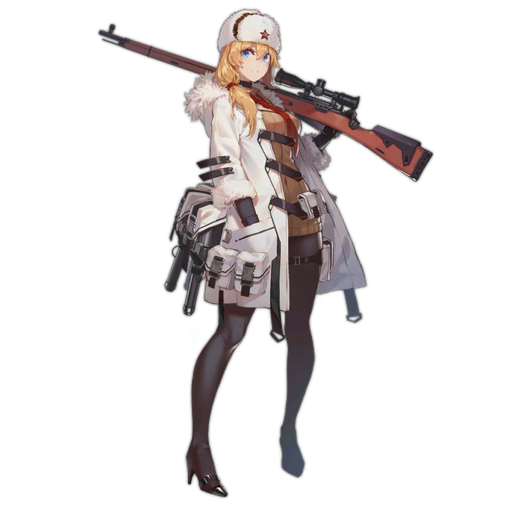 Let's get this out of the way now, I hate the Mosin and think of it as a garbage thing. Most of the people who love the thing are weirdos or idiots who have never tried comparing the Mosin to an actual well-built modern gun, which does almost anything it does but better. Hayha used it because he had nothing else to use, not because he wanted one. And now that I've told all the Zaytsev fanboys to get fucked, the Mod is actually surprisingly useful for some specific circumstances that require exactly some high shot firepower and also the occassional small bamboo removal service. This is rare (mostly weird event and ranking stuff, or some strats for some enemies you're not meant to fight), but she's there for when you need it. Aside from that, her main use is that at Mod 3, with all her special gear and oath bonuses, she is more powerful in terms of damage than NTW-20, and thus is good for cheesing data sim ranking.