No changes from 2-3 and earlier going into this stage.

I will say that this stage is a good stage to use suicide tactics for Jupiter Cannons to significantly speed it up. So consider those types of setups for it.

This map's objective is to kill the boss, Architect. 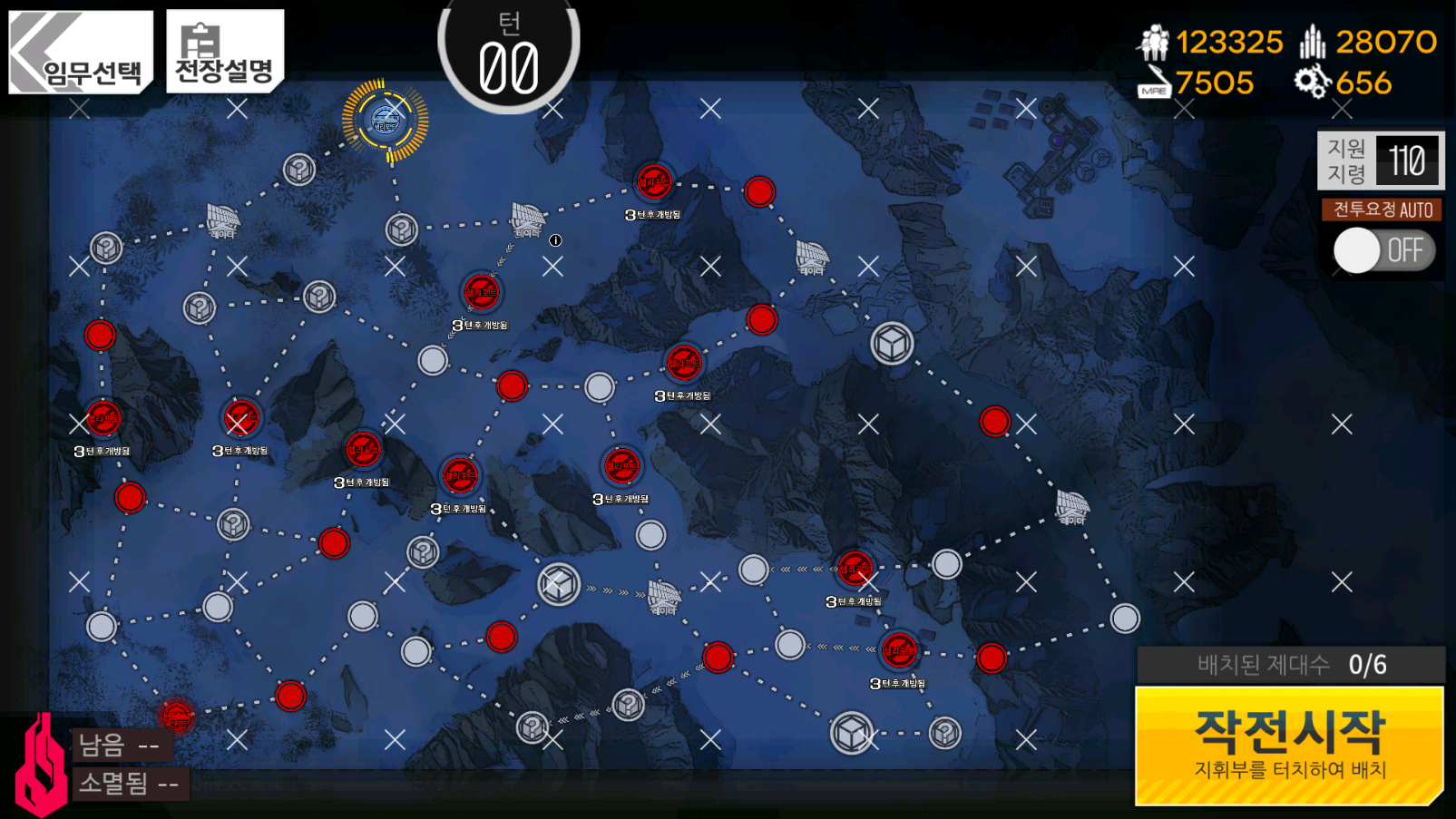 The final map for Arctic ch 2 is a game of hide and seek at night for another boss. If you've done Operation Cube, it's akin to that, but far less annoying. The boss for this stage is located in the bottom left of the map, where the boss in 1-4 was. She does roam about there, so you may have to search for her, if you don't see her immediately. However, the trek over to her is far more difficult than it was in 1-4.

Like in 1-4, you're blocked by Jupiter Cannons, so you need to take the long way around. However, this time, you need to actually kill one of them without using the regular methods for killing them. Don't worry, you only need to kill one, and it's not as strong as others. There's two you can take out, both blocking the way east, sometimes, west. 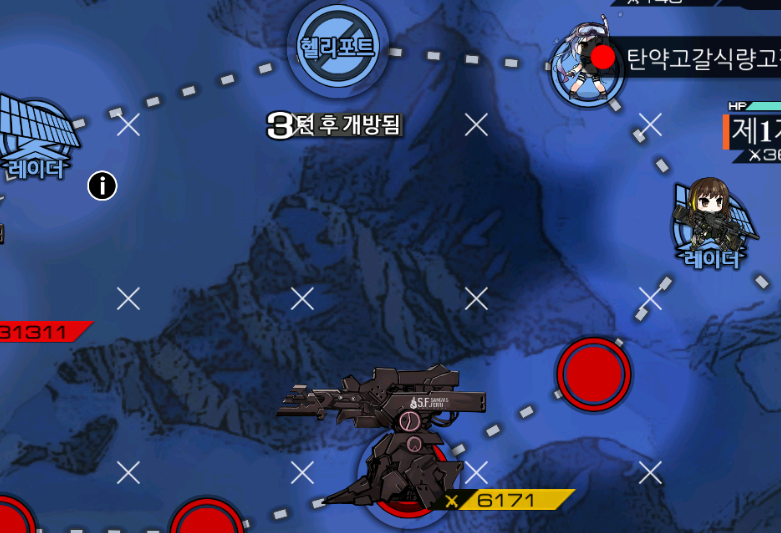 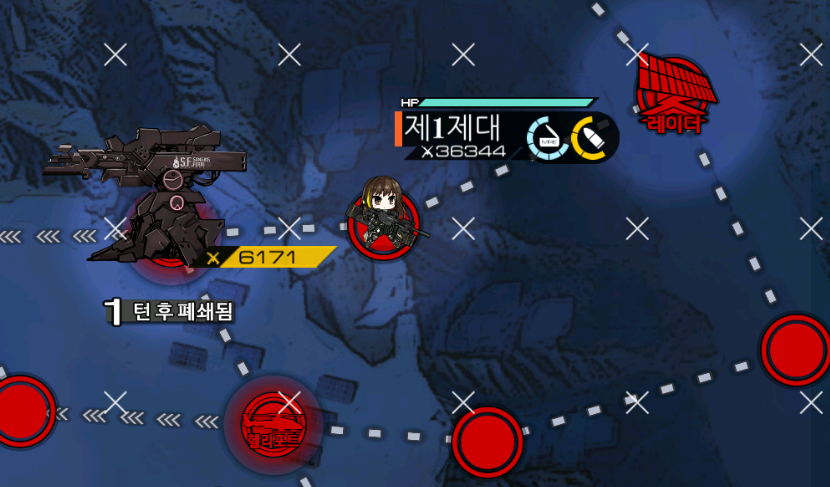 The "to be killed" Jupiter Cannons are the significantly weaker 6.1k strength Cannons. The heliports in the screenshots indicate possible places you have to look for those weaker Cannons.

The best way to take out these Jupiter Cannons is to change your formation lineup to avoid the splash damage from the hits it does. If you're using a standard F formation, you can easily do this by changing your formation to have one of your tanks forward, in a formation such as this: 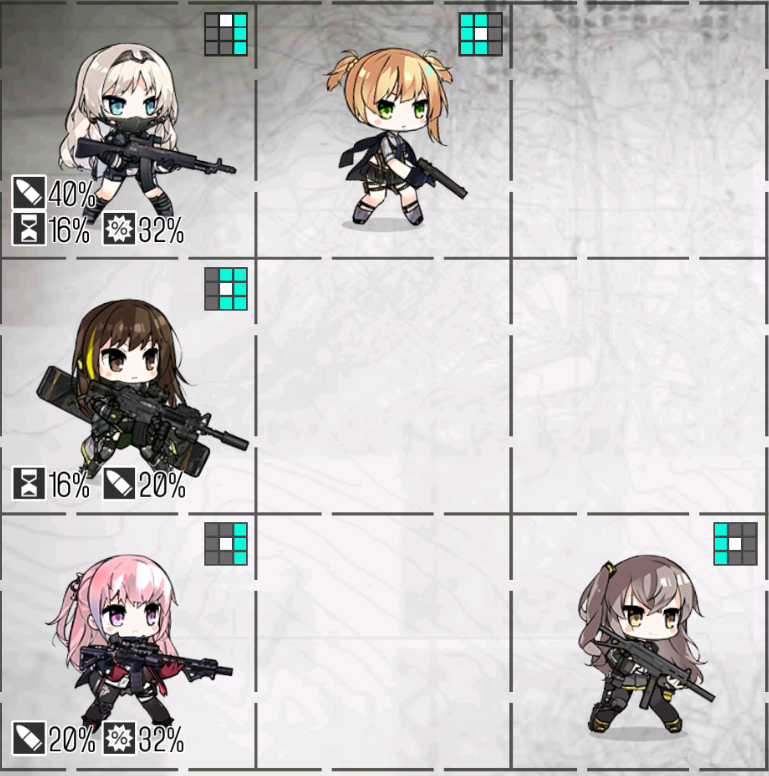 Just for that fight. If you want to avoid damage completely, you'll have to go another step further and retreat the targeted unit you have up forward before the missile from the Cannon hits you. Retreating will completely negate the damage it would've done to you. Ideally, you'll have the Cannon down before a second shot goes off. If you take critical amounts of damage from that, you can always use a heliport to quick repair in the field. Remember to move your echelon's formation back to normal after the fight.

Like the route from 1-4, you'll want to circle around from the bottom right to the bottom left. One of the closed heliports that lets you go that way will have a full powered Jupiter Cannon, so you'll have to guess which one doesn't have it. From there, it's a straight shot to the boss. Just remember to use the resupply nodes as needed and to watch your ammo.

As for the boss, Architect, there's a few things you need to watch for. The number one thing you need to watch out for is her nuke. She does this at 80%, 60%, and 30%. This will try to get as many T-Dolls as possible, so properly spreading out your T-Dolls during the fight is key. Moving your units into a K formation is ideal, it gives you room to move your units properly for the first two nukes. The last nuke at 30% is a 9 tile wide blast, so you're likely to need to retreat T-Dolls to not take damage from it. Do try and avoid having a unit in the middle at the 30% nuke so this: 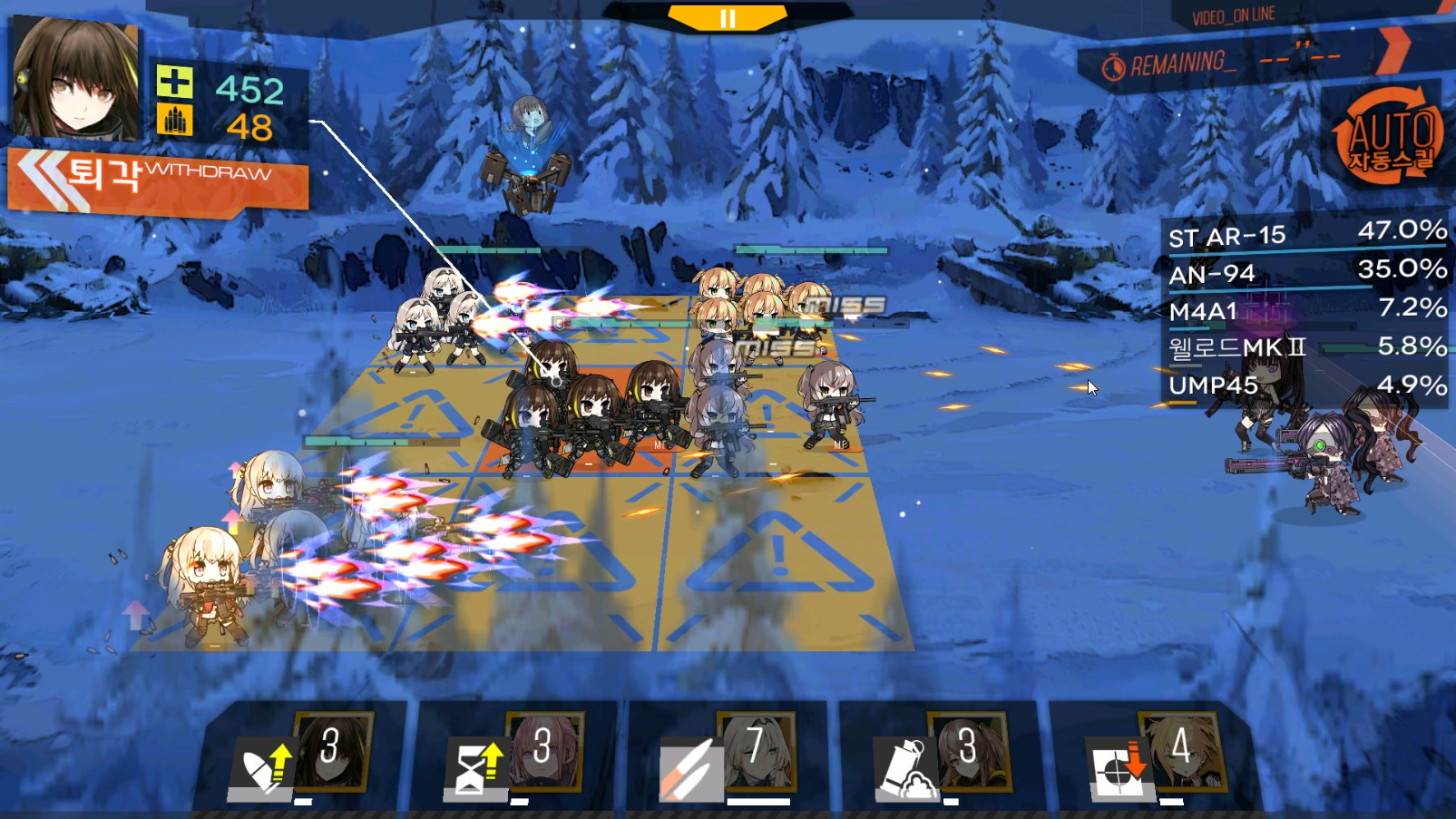 Due to all of the movement that may be required for the fight, it's heavily recommended that you use an AR/SMG echelon. MGs, RFs, and SGs all have movement penalities, making it hard for them to evade the nukes.

The other thing to look out for is the amount of additional units she sends your way. Your units will typically be focused on Architect, so you may start getting enemies stacking up, dealing damage to you as you fight her. As such, you may need to move your units very slightly to take their focus off the boss and to clearing the trash. What I mean is to just moving them to another tile, and immediately moving them back into position, this readjusts their targeting from the boss.

Architect is probably one of the first bosses with actual difficulty in EN Girls Frontline. Just be on top of your game and you should be fine.

Here's a video of me completing this map.