Okay, well this part took a lot longer since I wanted to grind out a bunch of 4 links before showing a video of this. I ended up doing it with only G11 4 linked originally, but it was pretty dicey. Getting M14 to 4 link made it a lot smoother, and by that point I was pretty close to ump9's 4 link. I will say that I'm sorta leaving my second echelon behind and just using it as scouting at this point. With 4 days left on cube I wasn't particularly hyped to no life grind up a second echelon right at this moment. Oh well. They can still deal with trash while I scout for Executioner. 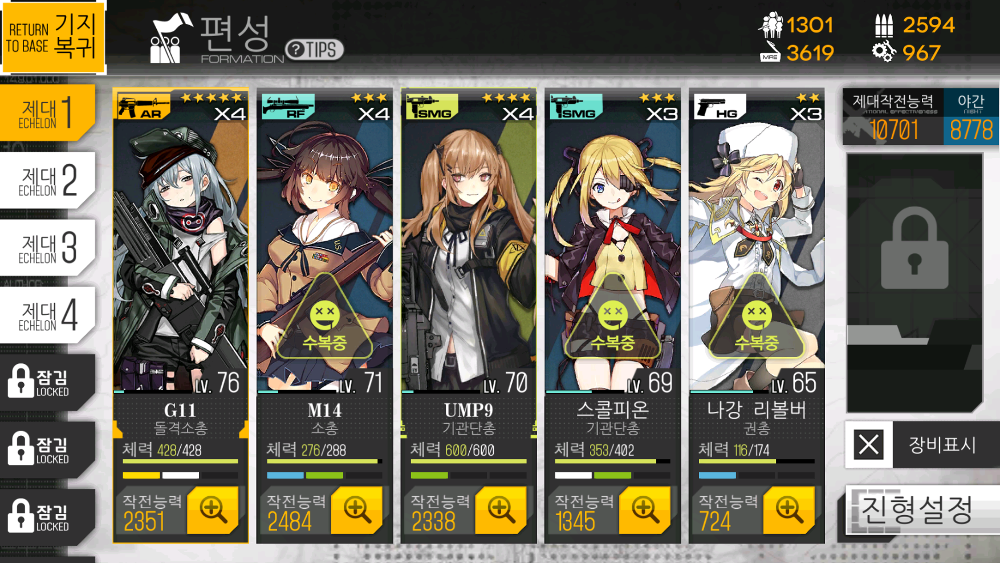 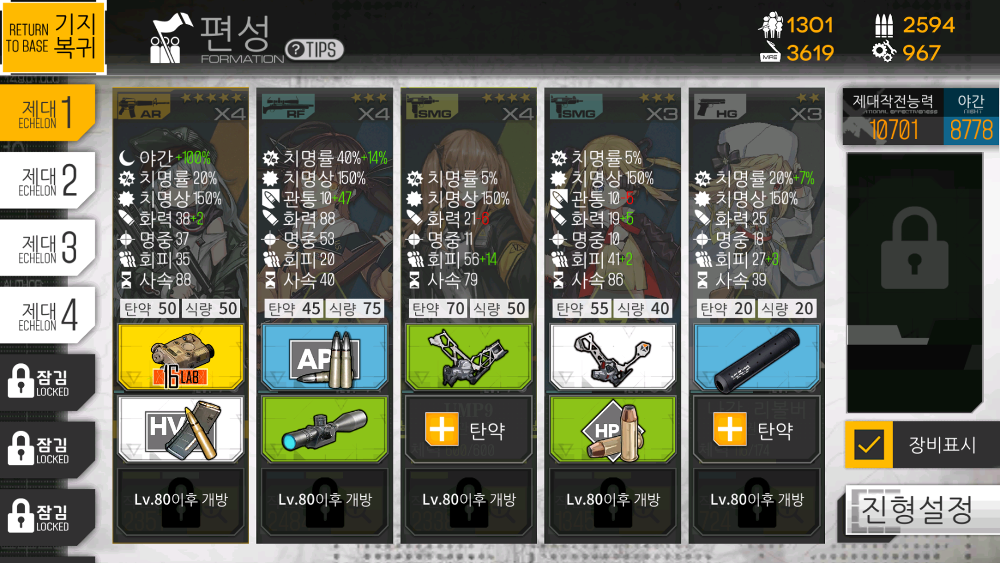 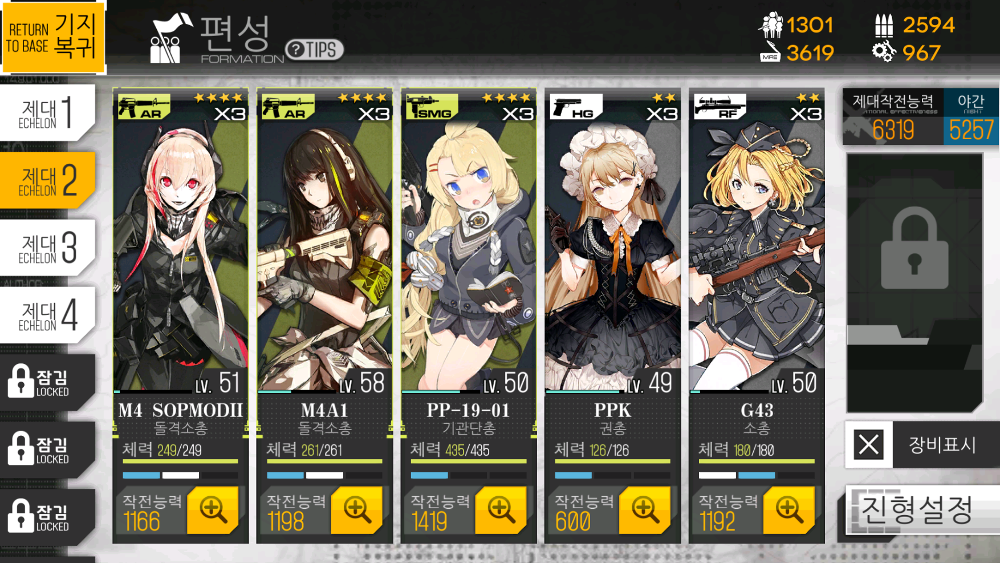 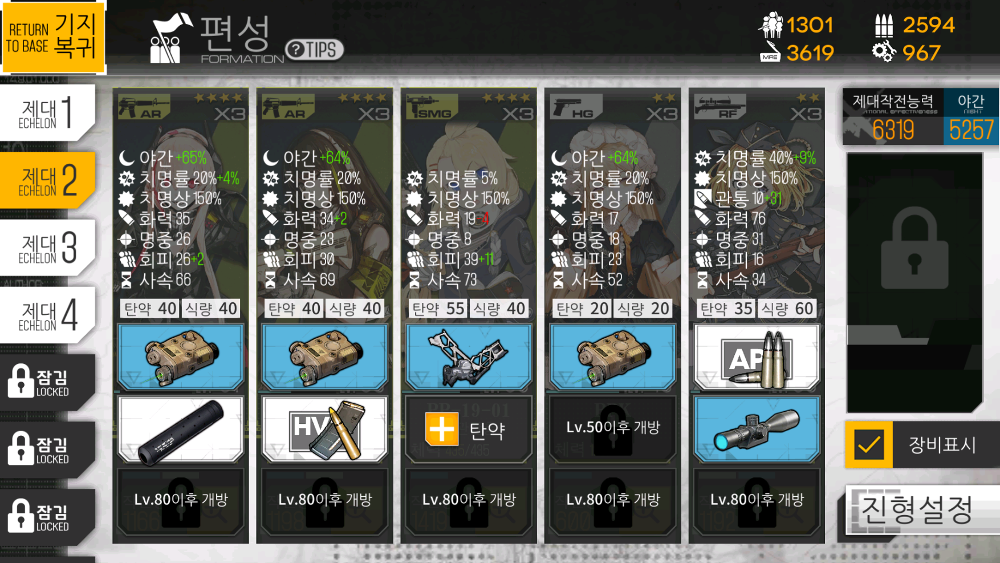 Like 1-2 you're tasked with finding a boss, Executioner, within the turn limit of 5. However, this time, she can spawn in a few locations. 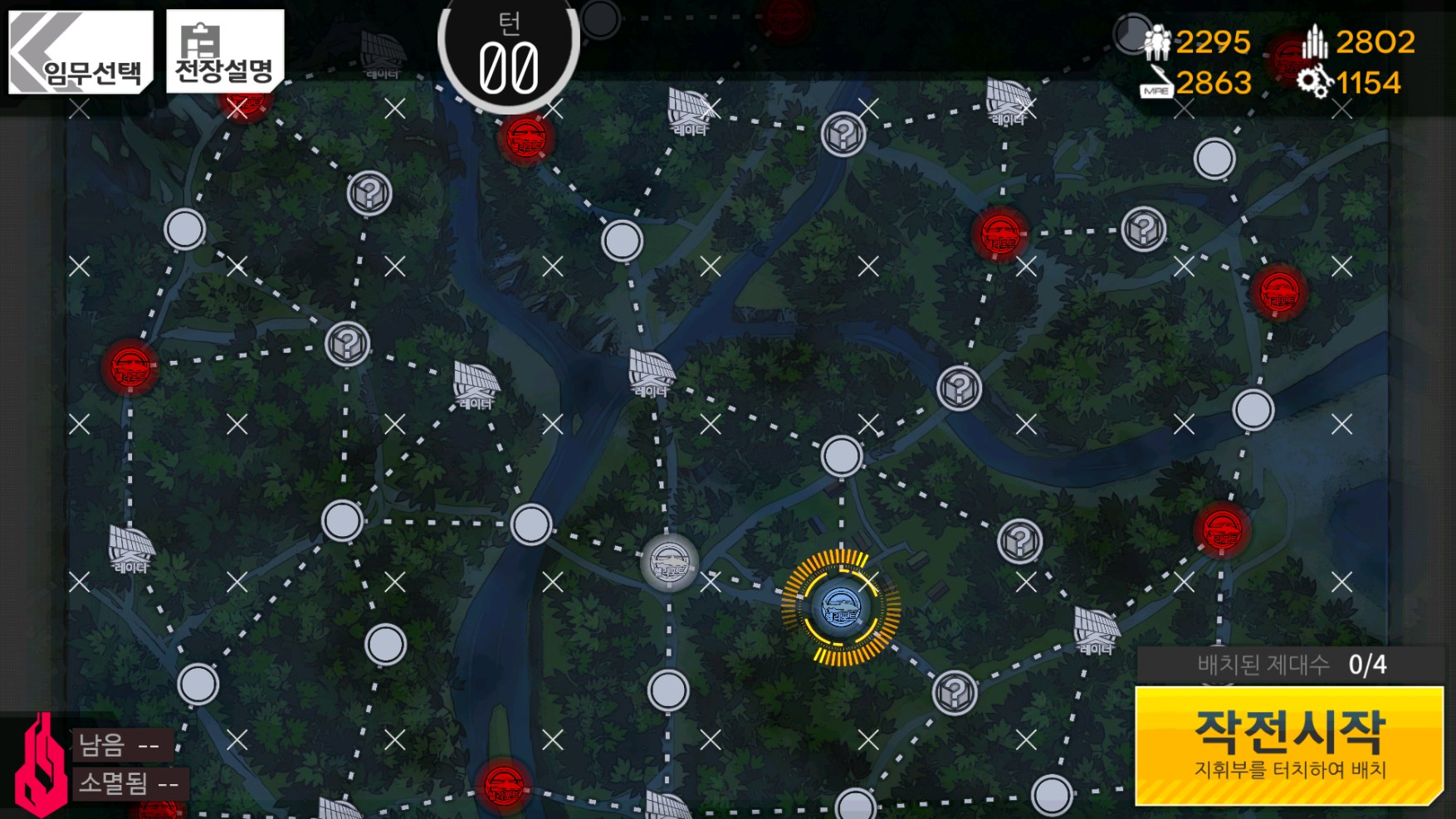 These locations are around the four corners of the map. So finding her is a little annoying. Thus, the main strategy I used was to split my echelons up to scout for the boss. The first turn is just taking a heliport as well as getting a second echelon in. From there, the strategy starts getting a little complicated.

Going for the radar tower in the left of the map first to show me if Executioner spawned in the bottom left is usually the best idea. My other echelon would head to the top right to scout there. If I don't see her in the bottom left after your turn comes around again, heading to the top left heliport would reveal her if she's top left.

Do pay attention during the enemy turn in the bottom left corner after taking the radar tower on turn 2. The node south of the leftmost radar tower is a possible spawn location for Executioner.

On the right side, you just wanna head up towards the top right. Generally, from what I've seen, is that she'll hover at the far right nodes on the map if there. So the best method of scouting that way is to move to the random node up north of the starting helipad on turn two. On turn three, moving to the next northern random node that you can reach with two action points to get an eye on if she's on the helipad there is also ideal.

Like Hunter, Executioner is also lightly armoured. Do keep that in mind. The only real attack she does is a line slash that does a fair amount of damage. Otherwise, pretty cake.

Here's the video of me completing this with the above echelons. Do note you can do this with a weaker echelon than what I have. I actually completed this with only one 4 link prior to this video.