2-2 is more of the same in the way of enemy compositions, which means more and more armoured units. You'll want the same types of echelons you use for 2-1, an AR echelon to hunt down the boss, and something with AP to hold down the starting heliport. 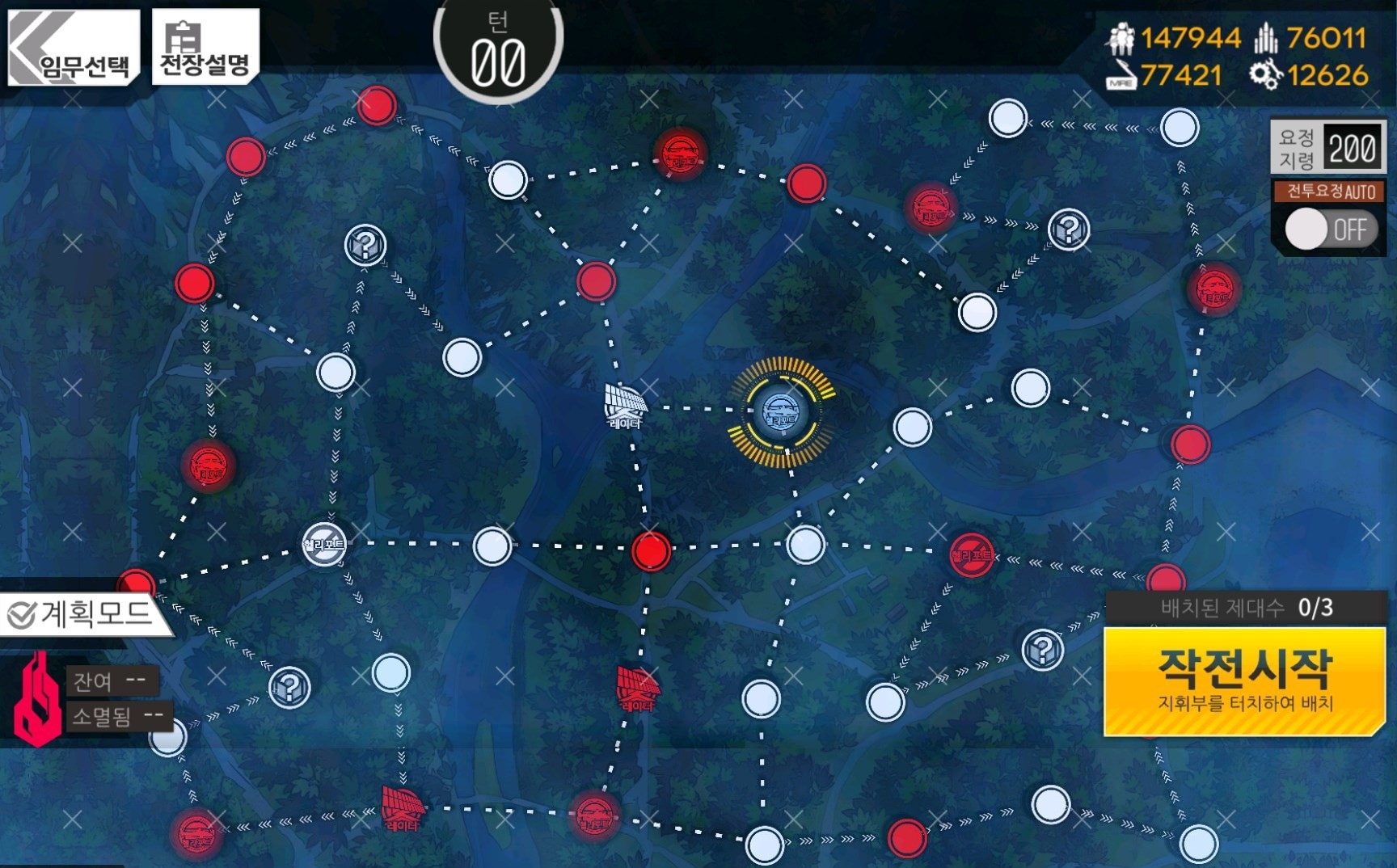 While this map might look big and scary, since you need to track down a boss in that mess, it's actually not too bad. Elite Executioner spawns on one of the four random nodes on the map, making it easier to figure out where she spawns. 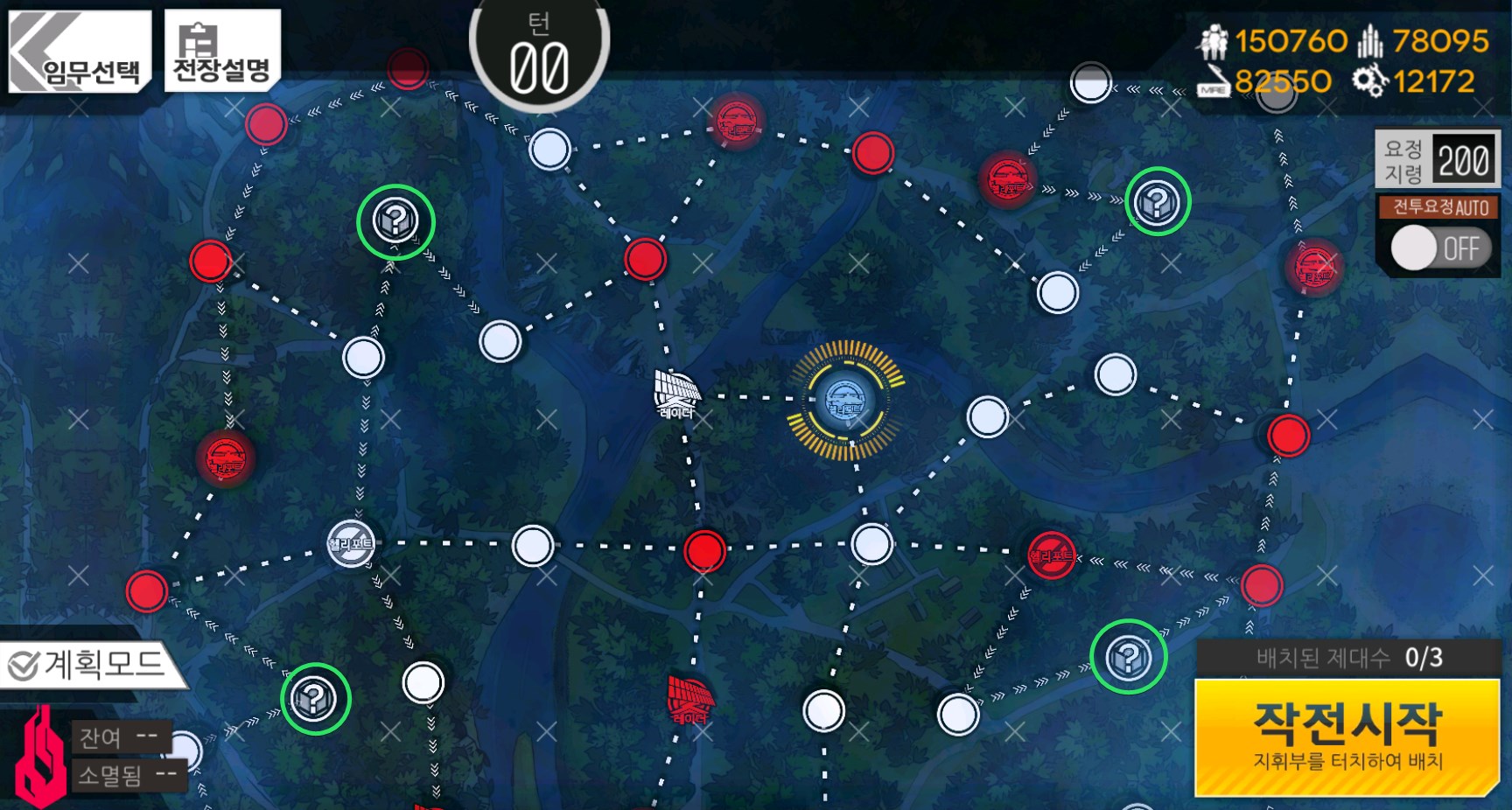 Not only is it possible to see one of the spawns with the radar tower next to your starting heliport, Executioner is forced to move in one direction on turn 2, making it easy to check where she could be. It seems like she's biased to the top two random nodes, since in my runs I've yet to see her elsewhere.

This version of Executioner actually has new mechanics, whoa. First of all, she still has her sword swipe attack from her original form. This time, she can actually attack other rows aside from the middle. This can give you quite a bit of chip damage to your T-Dolls, so be aware of that. You can bait it in a certain row by stacking a few T-Dolls in it, as she'll tend to target lines with more T-Dolls in them. So moving a few T-Dolls into a single row that aren't too important for dealing damage can mitigate some of that chip damage. It can also be evaded, further cutting down the chip damage you take.

Her big new attack is called Hybrid Attack, where she'll do a few sword attacks into the middle row then finish the attack with a bunch of shots into the back column. It looks like a T. Picture of the danger zone(s): 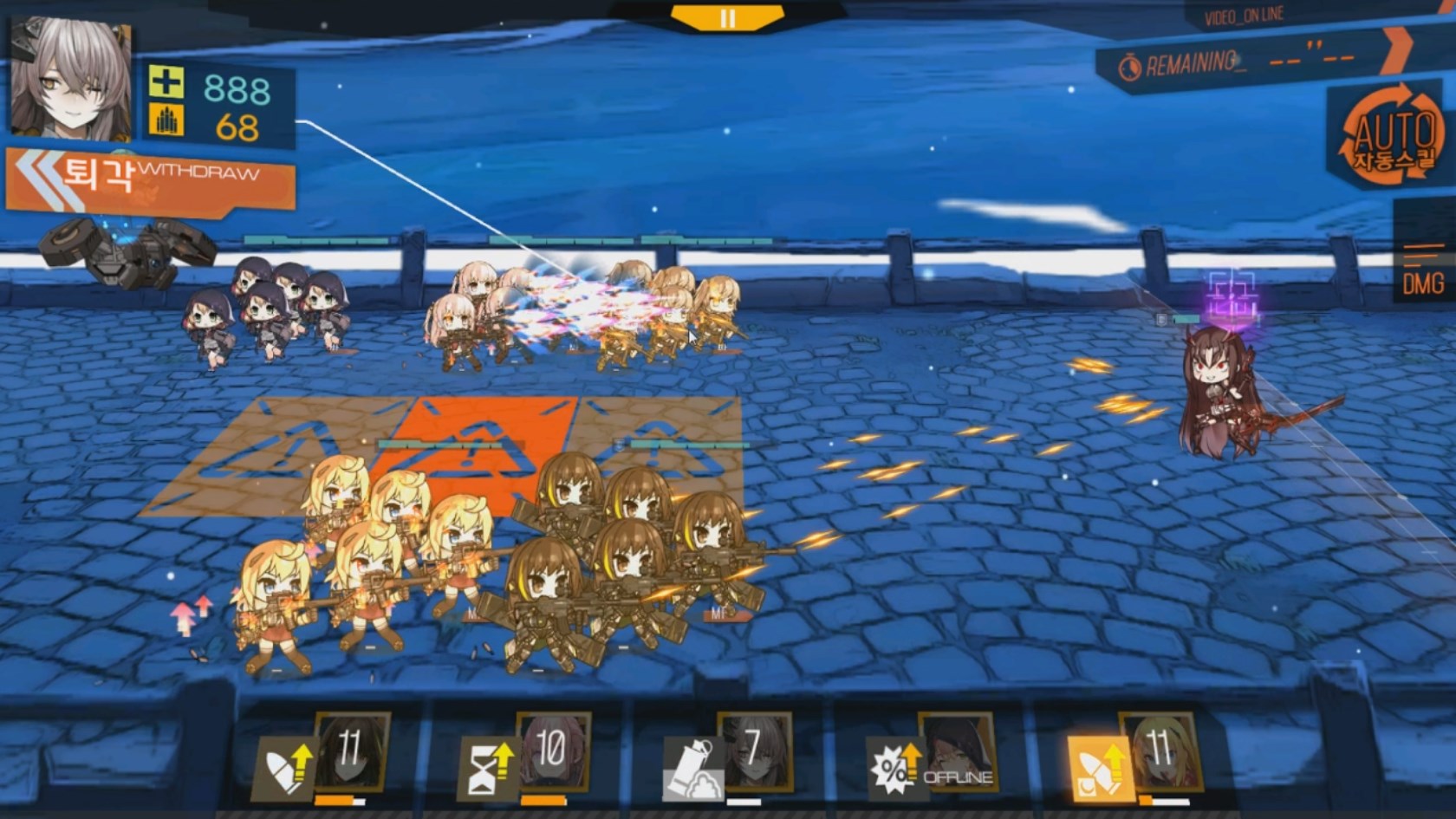 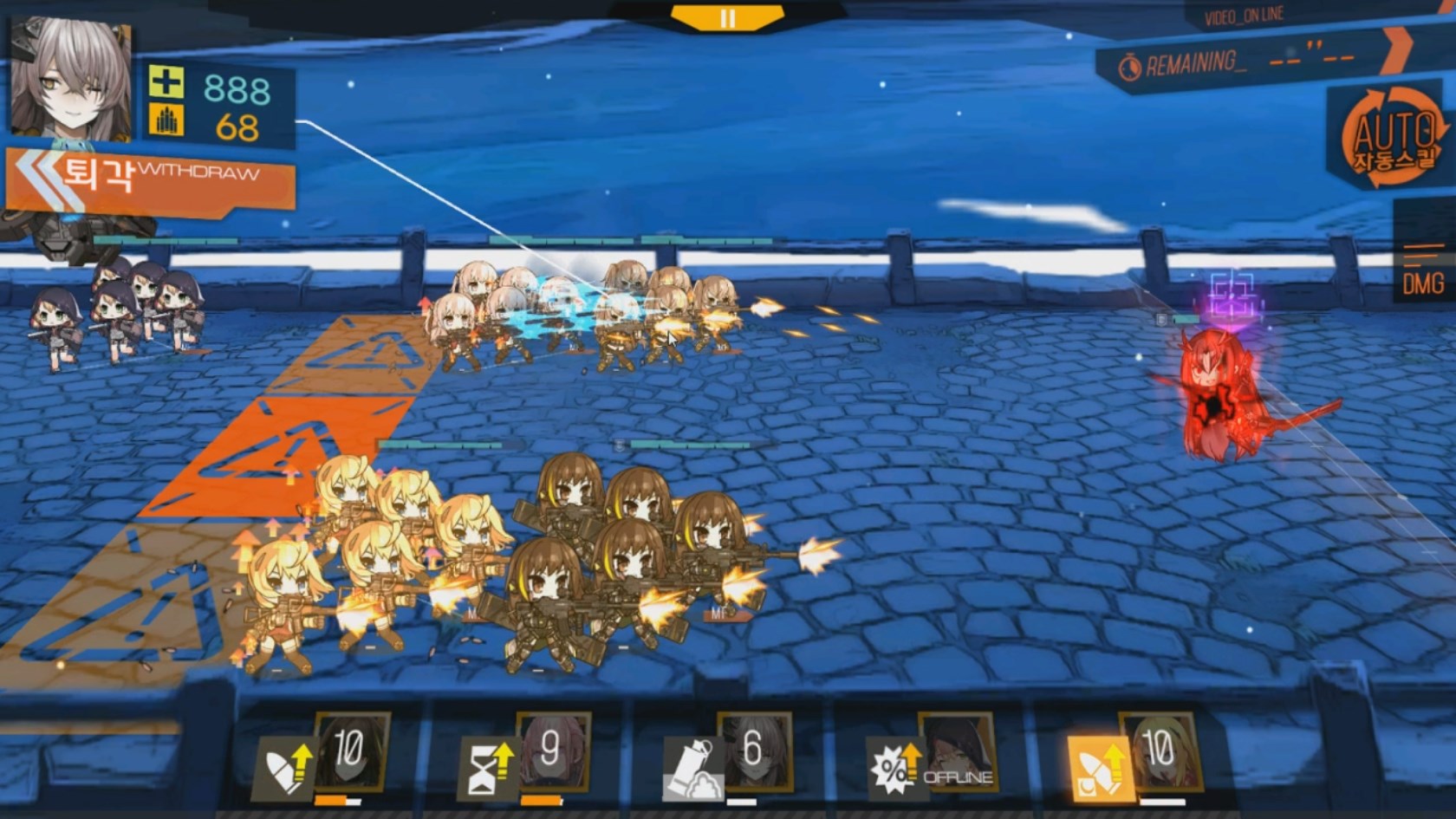 (yes this is the same attack, for some dumb reason it slowly lights up each tile affected so I needed two pictures)

The middle row are particularly dangerous during this attack, as T-Dolls in those positions will take additional hits from either her flourishing her sword (in the case of 6) or taking the shots as well as the sword attacks (on 4 and 5). So you'll want to keep T-Dolls away from those tiles. As for avoiding the attack entirely, there's only 4 safe zones, so one T-Doll will eat hits from it. To deal with it properly, you'll want to retreat a T-Doll so you're not forced to take the hits on one T-Doll.

With how much chip damage you're likely to take from this, you could use a bamboo formation for her, as you'll be able to skip all of the Hybrid Attacks. As is though, you can also do this with an AR/SMG echelon as well.