Chapter 2 starts off as a slight increase in difficulty, enemy power wise. However, overall they're still pretty easy. Except 2-4. Fuck 2-4. Oh, and all of the maps are at night. Fun.

Salt aside, for chapter 2, you're looking to be able to field two echelons that are competent enough at night and, preferrably, could also deal with some armoured units. 2-4 has some unique stuff that you'll want to field, but we'll discuss that when we get there. A good approximation for "competent enough" would be mostly Lv 90+ T-Dolls. You can do the earlier maps(2-1~2-3) with just a little bit more power than what would be recommended for 1-4 of deep dive, but 2-4 is sufficiently annoying that you'll want to have a good amount of power going into it. Fairies are optional still.

That aside, let's take a look at what I'll be bringing into chapter 2.

For the majority of chapter 2, I'll be using just two echelons. One AR/SMG and one RF.

ARs can be whatever you have lying around. If you're looking for a budget option, as always AR team is a good pickup. I'd recommend some grenade power if you're going to brute force through the armoured units with an AR echelon, but it's not that needed if you have sufficient firepower. If you do pick up some grenades, Skorpion or Vector would probably be ideal. Aside from that, just pack any HG for the vision. 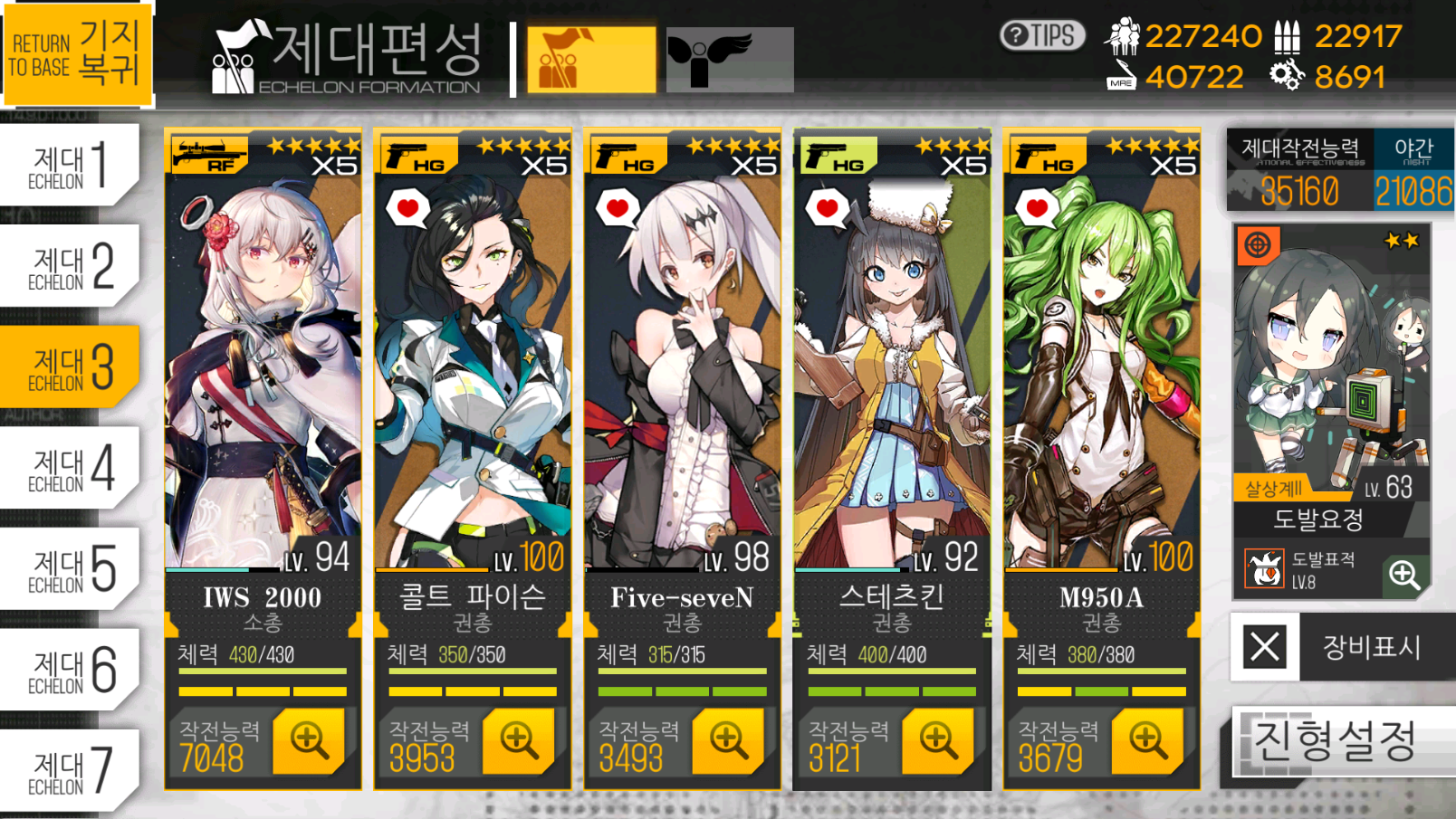 I picked an IWS echelon because I'm horribly biased towards her. Just because waifu. Honestly, you can probably run any RF echelon and be fine. The armoured units in chapter 2 aren't particularly tough, so an RF echelon should have no problems shredding through them.

I will note that I'm using fairies for this, you definitely don't need to if you're looking to clear chapter 2. The only really difficult part is 2-4, and you should be perfectly fine clearing that even without the extra power boost. It'll just be really annoying. Seriously, fuck 2-4.

The objective for this map is to rescue and extract two hostages within 7 turns.
Echelon limit of 2.
Some armoured units, some unarmoured units.
The map's stitched together, for the record. 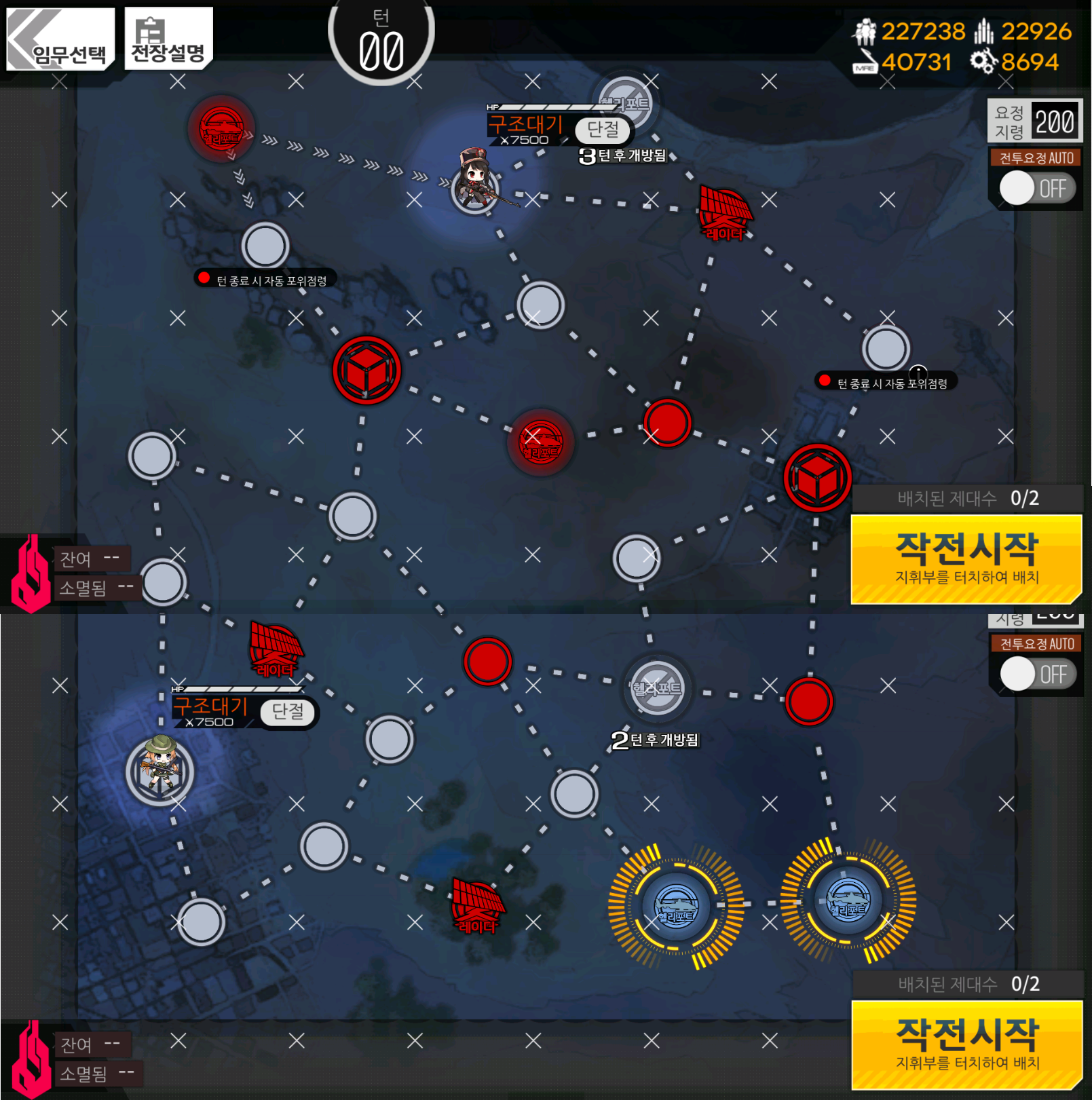 The map is essentially split into two halves. The left half has mostly unarmoured units that don't move much, while the right half is mostly armoured units.

The idea is to split your two echelons that you can deploy to grab each hostage, then to take one of the heliports in the north of the map. Pretty simple task. Just use two AP per echelon to move towards each of the hostages. After you've rescued each, you can make your way up to the north of the map to take one of the heliports there. You can either take the closed heliport, or the heliport that's always open that has a Jupiter Cannon on it. Since you'll have both of your echelons up there by the end, it shouldn't be an issue to surround it and kill it. After you take the heliport, you can extract the hostages and end the map.