This map is simpler and less of a huge hot mess than 3-2, hoo fucking rah.

I actually add in another combat echelon for this, but if you can't, you can just retreat one of your echelons after extracting their hostage to finish the map out. 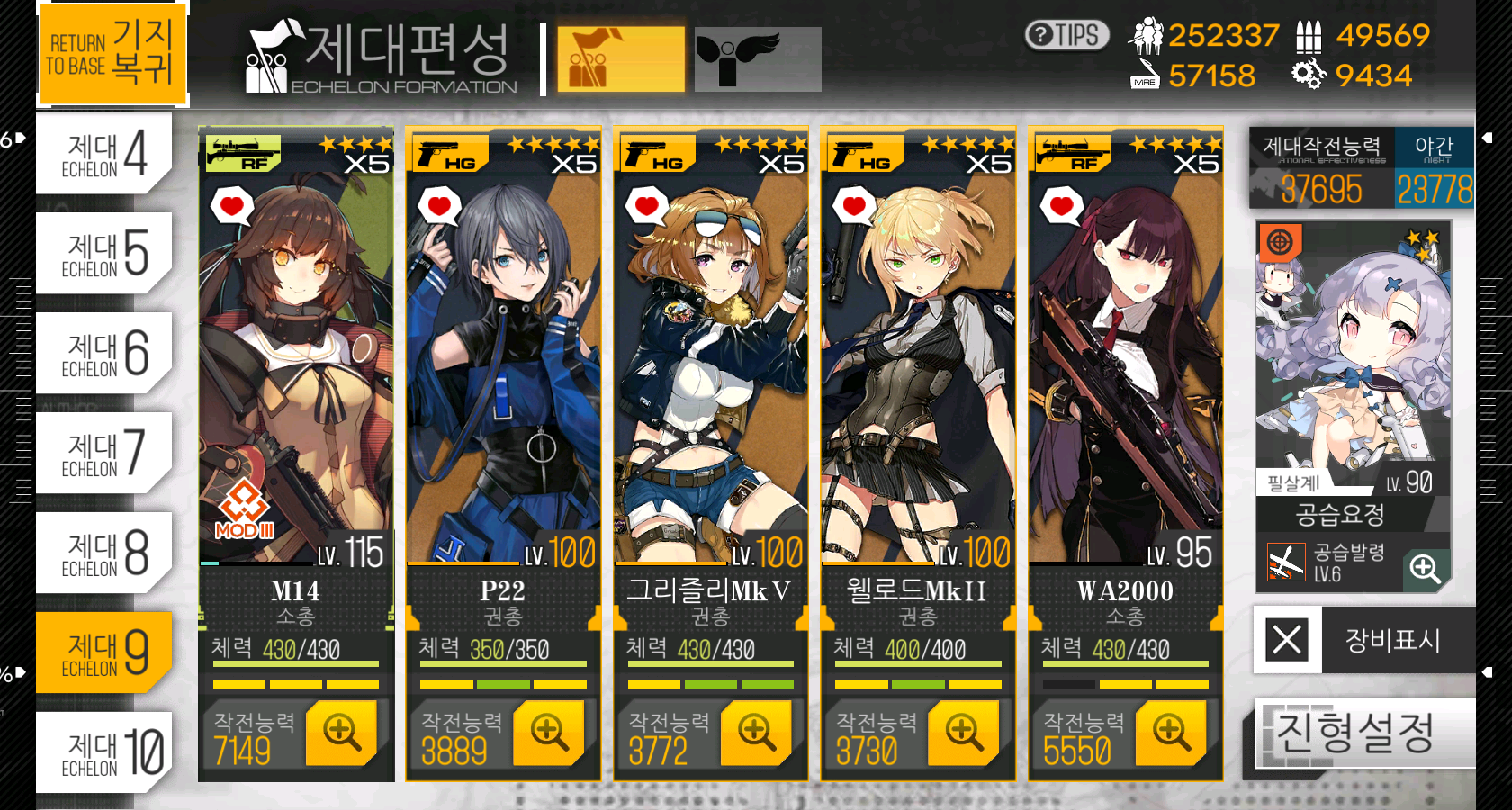 It could be anything, really. As long as it does enough damage to kill one enemy echelon.

The objective of the map is to rescue and extract 4 hostages. 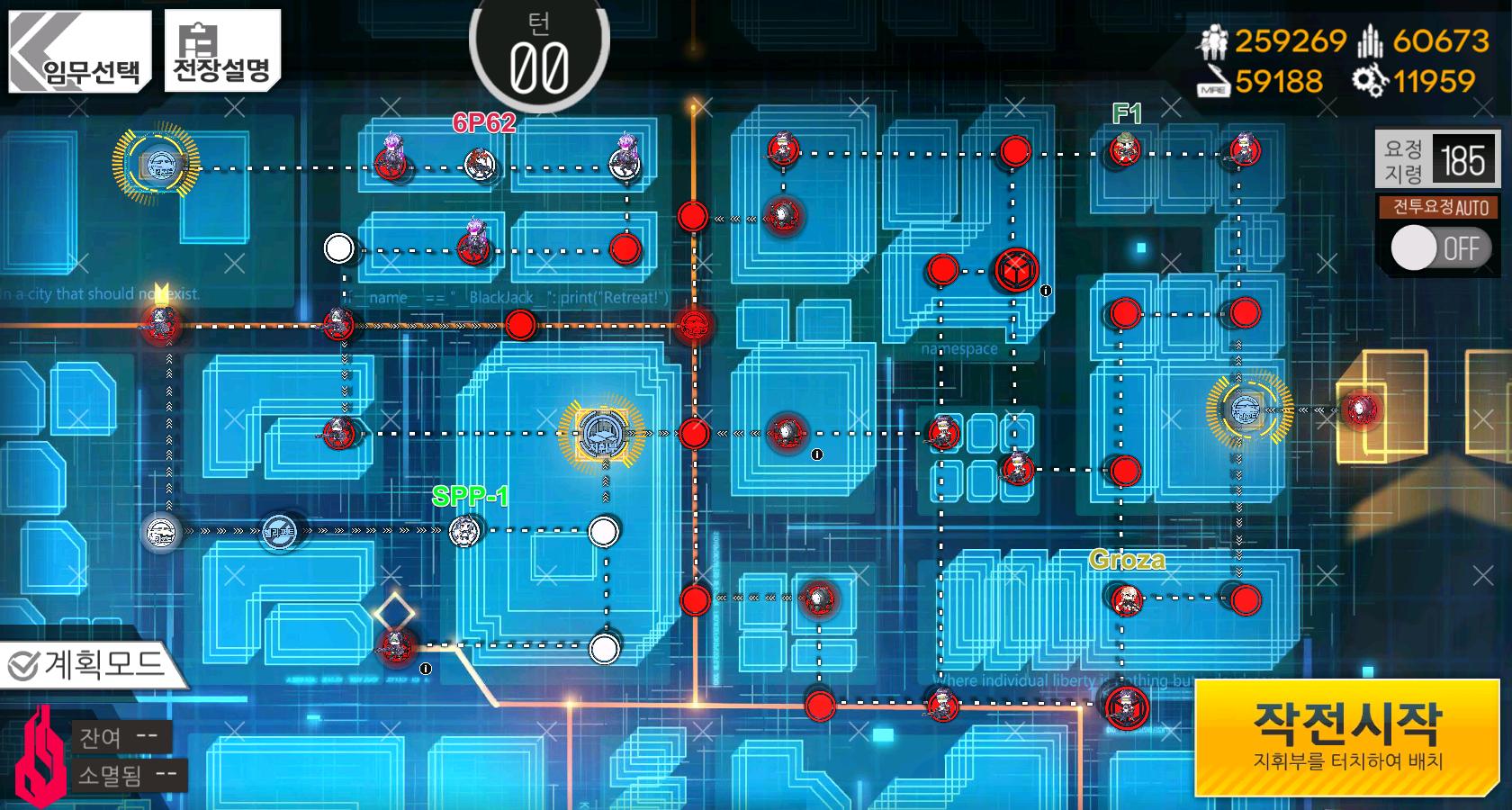 So, at first glance, we have 4 very spread out hostages and three of them (I know you can't see the HP on them with this map, but trust me on this) are at one hp. The ones that are at one HP are right next to enemies. These, to be precise, are Groza(OTs-14) in the bottom right, F1 on the top right, and 6P62 on the top left. Thus, our focus will be on them early on. SPP-1 will be taken care of later, so don't worry about her for now.

The main priority will be securing Groza, F1, and 6P62 first. You'll need two echelons on the right side of the map to get that done easily. You need to deploy both of them on turn 1, since you have a red golyat primed to take your heliport on that side of the map the second your turn is over. Thankfully, you have enough AP to make sure all of the hostages are either safe or rescued.

To accomplish this, you'll want to rescue Groza, kill the striker next to F1, and rescue 6P62. You'll have enough AP to do all of that and hold your heliport on the top left for the extra AP. Just be sure to swap 6P62 before rescuing her, or else you won't have enough AP to keep the heliport.

After you've secured everyone in danger, you can take your time now. You have two objectives at this point: One is to capture this heliport 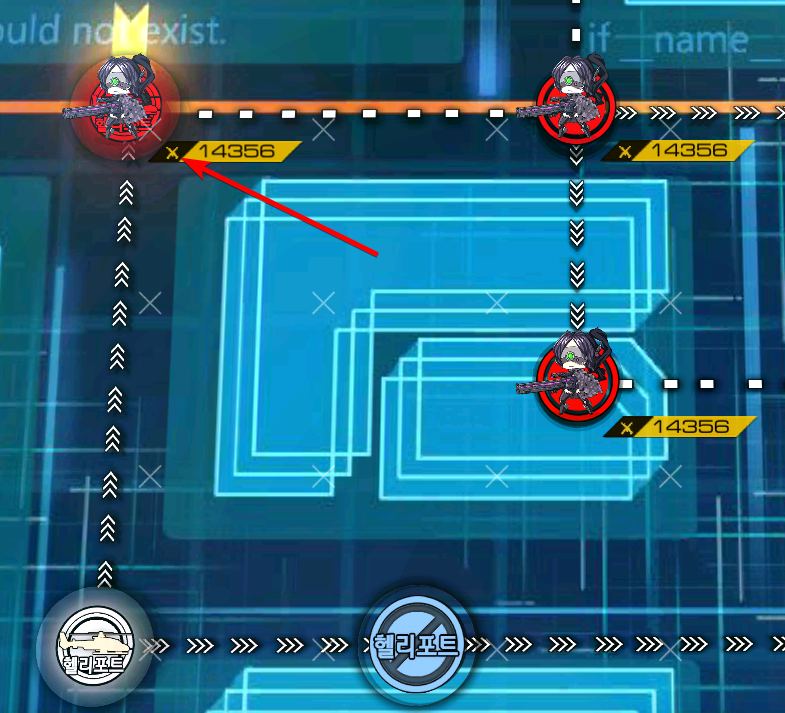 so you can surround the neutral heliport below it. You need to do this to actually have an echelon able to rescue SPP-1, since the area is closed off by one ways. The best way to do this is to have the echelon that rescued 6P62 run down to it. You can even use the heliport to extract 6P62! How nice.

The other objective is to have the echelons that have F1 and Groza meet up on a heliport somewhere to extract them. The ideal heliport in my mind would be this one 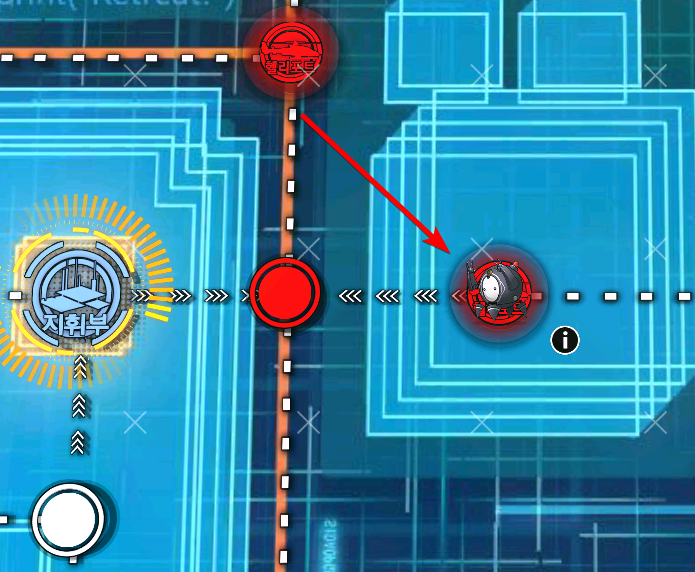 It's a nice middle ground so they can meet up. You need both of them there since otherwise you'll just get the heliport surrounded constantly. Once you do have it, you can extract the two hostages and the right side of the map is finished.

Anyways, you'll want to persue objective 1 first, since you can't have SPP out there alone for too long. The main thing is, you want to at least keep the echelons that rescued F1 and Groza away from the red golayts that took over the heliport on that side of the map. They do chase you.

As for continuing on to SPP-1, you'll need to deploy yet another combat echelon to get back to your Command Center. You could also retreat the echelon you used to surround that heliport(after you've extracted 6P62), but that'll lose you the S rank if you care about that. You won't need a SUPER strong echelon since you'll only need to fight one battle hopefully. Just keep that in mind. Once you've made it back to your command center...like three spaces away, actually why the fuck can't SPP just move there herself? Nothing's in the way on turn 1 or 2....whatever. You'll finish the map.

Like we trend we've been having in chapter 3, this map does also have some parachute strats. This time, it's not too big of a time save, however. It just makes getting SPP-1 a tad bit easier and you don't need to take 6P62 down to encircle the heliport.

You'll want to parachute in here: 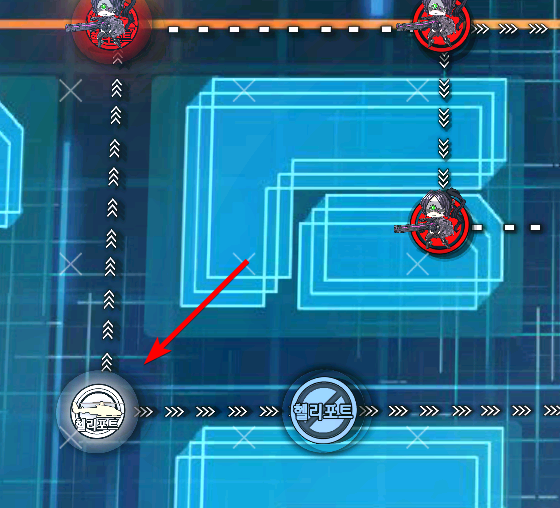 and take that heliport and chill while the debuff persists. With this, you can focus on getting F1 and Groza out without needing to also move the echelon that rescued 6P62 down to encircle that heliport.