This is where the difficulty starts getting increased. You'll definitely want to use two echelons here, as well as a dummy echelon. This is also the first map that can drop Noel. Farming this map, in my opinion, would be a better option than farming the last map. As she's a reward for 99 Seithr box openings, you really only need to grind for her if you want multiple copies.

The objective for this map is to capture the enemy HQ. 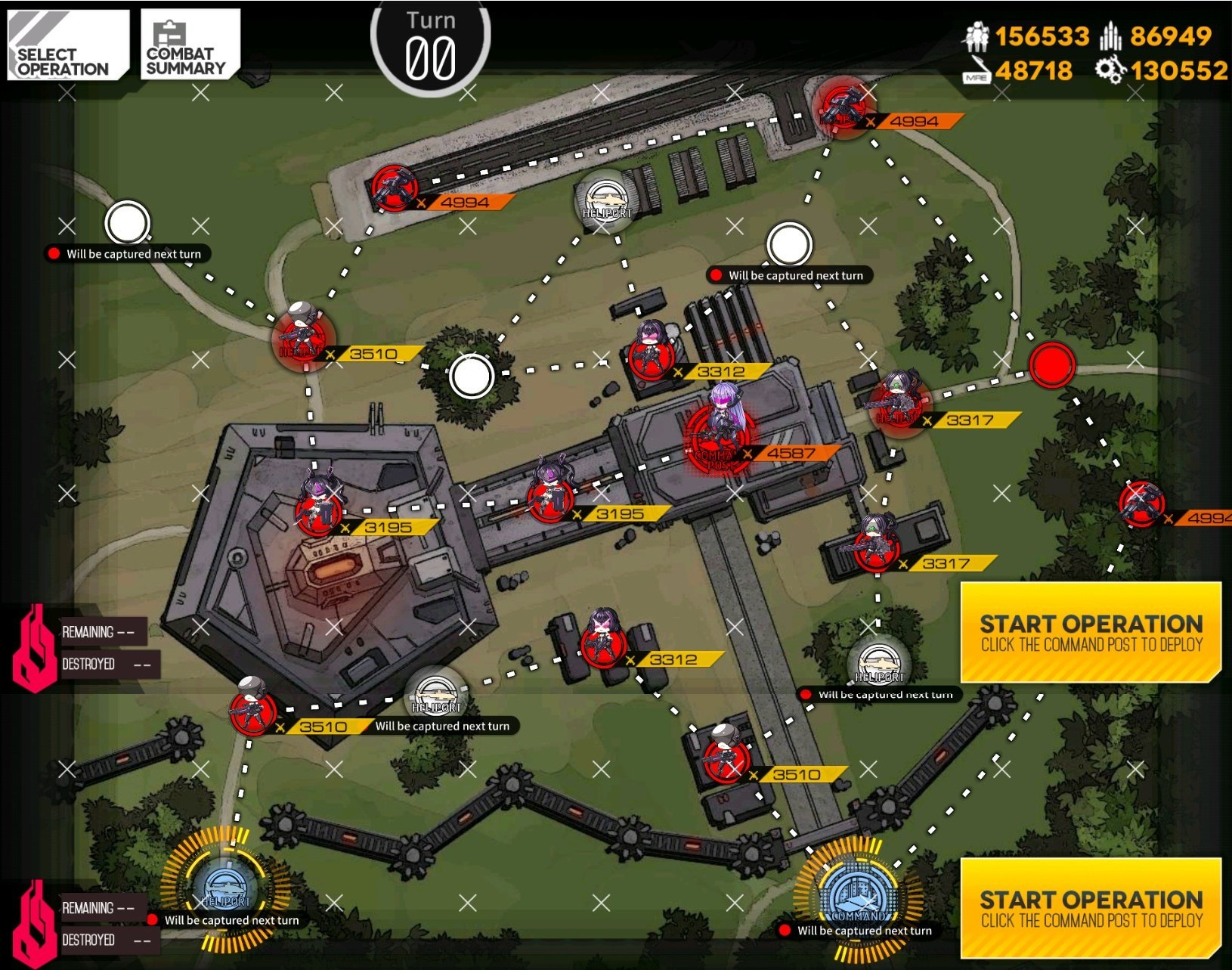 (Note: I spliced the picture of the map since it's quite large.)

This map finally allows for some strategy to be done in it. You have two heliports to work with, so you can immediately drop your two combat echelons in. You start with your HQ encircled so you want to deal with that. My recommendation, is to take out the Jaguar unit to the top right, then deploy your dummy echelon at your HQ. This should allow you to swap to your HQ so you can immediately take care of the second unit to the top left of your HQ. This will break the encirclement and allow you to also use your second combat echelon to take out the unit north of the heliport you start with. You'll be able to maintain the helipad to preserve the AP that comes with it.

You really don't have enough supplies to rush the enemy HQ, so on turn two you'll need to get a helipad closer to the enemy HQ. The one that had a 3.3k CE Jaeger unit on it on turn 1 is a prime candidate. You can use your combat echelon from your HQ to take it. You just need to also move your dummy echelon from turn 1 up a space to properly take it. Now, do note that your dummy echelon can be moved on by the Jaguar immediately to the north of it. I've never seen it move while farming this map, so it should be fine. To be absolutely safe, just swap your dummy to the heliport once it's up there. With your remaining AP, you can take the heliport next to your second combat echelon for turn 3.

From here, all you need to do is take the enemy HQ. With all the AP you have from the heliports and echelons, it should be enough to get you to the enemy HQ.

The dragoon on the enemy HQ is what drops Seithr in this map. Clearing this map 2 times a day is key.