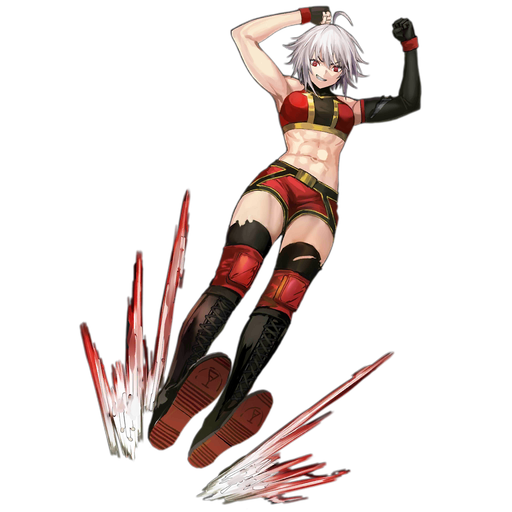 It's the best boss! AND she has a rocket punch!

...She's actually really fuckin' weird for a shotgun. She has 22 armour which makes her decent at shotgun things, but the rest of her kit is pretty nonstandard. First she has a permanent slug effect of being single target but doing bonus damage. You'd think this would make her do less than slugs, but apparently between her raw firepower stats, buckshot increasing her firepower some more, and her unique gear ALSO increasing her firepower, she ends up with more damage than a typical shotgun with slugs.

She does have a knockback skill but it's slow at 8s, and at having 1 ammo limit, it means her RoF is more limited. So if you want a purely tanky shotgun, she's worse at it than a typical one. She does however produce surprising damage from her rocket punches, and she has very good tile buffs for a shotgun.

You'd think she'd work with Jericho but she doesn't seem to. Also Jill serving Big Beers provides her with a shield, but it's not a very efficient use of Jill unless you have something in mind like absolutely needing shields and super heavy armour stacking.

Let me be honest, outside of memes, I can't see her being used more than "just a 5* SG". Luckily, that alone is good enough to make a unit good. I mean, MG4 would be good if she was "just a 5* SG", but unfortunately she isn't. Unless if you can find something that her gimmicks are useful on, treat her similarly to units like M1887, Elphelt and perhaps AA-12, although with better tiles than all of them.

Note: Higher level versions of Judge, since you need to run 2 shotguns anyway (and 1 of your shotguns is probably SAT8) 1 of them may as well be a DPS shotgun. -Xecty

While she isn't the best defensive shotgun, her solid stats still make her one of the better defensive SGs. Tied 7th for HP with AA-12, tied third place for armour with a lot of other SGs; she's better at it than, say, Type 97S, or the 3* SGs for that matter.