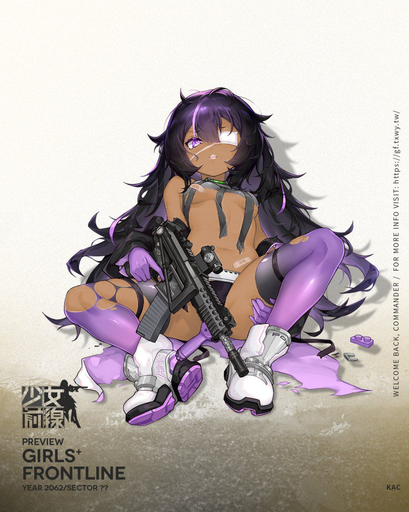 I'm not sure what's more impressive, how fuckin' badly her skill is coded, or how she manages to not wear clothes in any of her outfits despite technically wearing clothes.

So the funny thing is, she doesn't get rid of all debuffs in the traditional sense of purging all debuffs. Instead, there is a list of skill effects the game considers debuffs and she removes THOSE. So, if the debuff isn't on her list? Sucks. Also, if a skill causes multiple debuffs but some aren't on the list, she won't remove the ones not on the list. So, she actually removes MOST of the Parachute Fairy debuffs but not the critical rate debuff because that isn't on the list, lmao. The only good news is as an SMG, her critical rate is shit anyway, so you shouldn't care. She also doesn't stop some boss debuffs, though at the moment the only one I recall off-hand she doesn't is Fail's. Yeah, she's janky. Hope MICA updates her as bosses get more debuff attacks.

Besides that, the one-second shield can be handy for, say, stopping an unavoidable attack under manual control or for tanking enemies under Parachute Fairy debuffs.