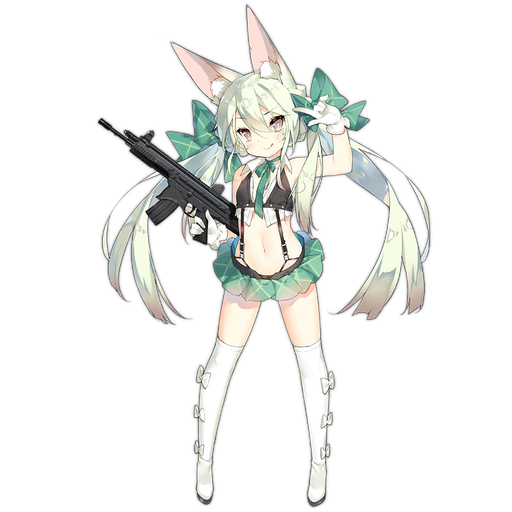 Similar to G41 in performance (actually slightly worse, but not significantly) and the artist just drawing their weird fetishes that land you in jail. She's basically a 5 star equivalent of Tavor sharing the primary weakness of taking 6s to startup instead of 4. The skill is good while active, but YMMV. She's not exceptional compared to the top end performers, but she's not exactly a slouch either.

Did you know that ART556 is straight up worse than TAR-21 despite her better skill? Having 10 less base ROF without any significant increase in FP kind of does that.

Also note that their skills are actually pretty bursty. Regardless of how long the battle lasts, ART556 never gets enough duration to push her advantage in skills to get ahead TAR-21, not that it would matter much. The 10% extra FP is equivalent to a 5.7% FP boost, with no extra ROF boost. Not to mention, even after multipliers, the extra FP from ART556 is unlikely to reach any signficant breakpoint.

Still good, I suppose, if you have the extra cores. At least better than G36 and FNC.