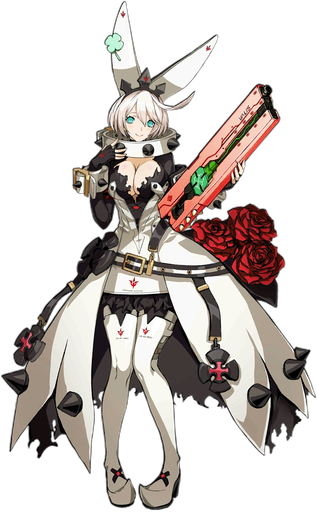 She has good stats. Like... seriously, some of the best raw stats on an SG. Since most SGs get by on stats alone instead of their skill, this gives her a nice leg up.

On top of that she has a nuke skill that... honestly doesnt usually come up, but when it does, it's pretty much the biggest nuke on a shotgun you get (2 hits for 8x vs primary, 12x area around primary). As a bonus, if the first shot kills the primary, the secondary BOOM changes targets (uses standard grenade targeting). Note that due to her ammo and reload speeds, if you want to fire the first nuke immediately, you will likely need to reload cancel her.

The skill works like a grenade that is not K11 in every way, as in that it only has 1 explosion and it deals damage based on the number of links hit. The skin version of the skill is probably very cool but I'm a poor guy.