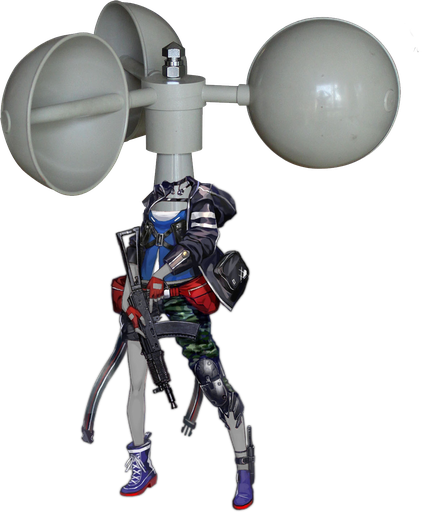 Actually had dummy data in the client waaay before her actual release in CT, so she actually got released with a voice even on older servers. ...And thats probably the most positive thing I can say. Her tiles are ok, her skill is weird (she debuffs enemies she's attacking instead of just all of them) and while the effects are alright, the uptime is pretty awful for tanking.

Potentially useful for some bosses with manual skill use to handle certain burst windows, but the CD after the initial cast is loooong so it's not exactly the best choice for long term tanking.

You may have a use for her if you're creative with it, but it's not something to just tell people to prioritise raising. As a result, her primary use is telling you wind speed and direction.

If you don't get the image, just look at her default victory animation. AR variants > AK variants!