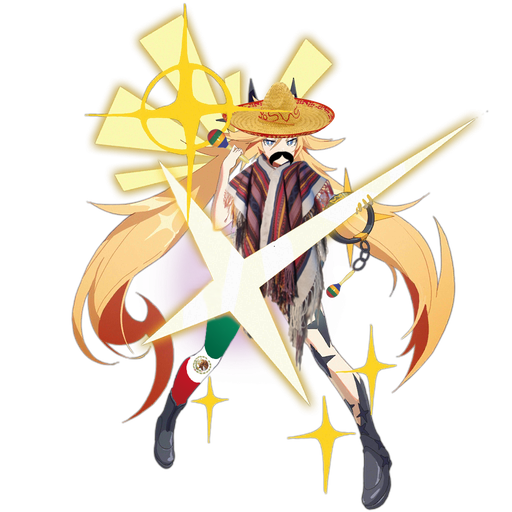 Actually a pretty strong buffer. Her skill is a lie, it isn't actually random: It actually buffs allies in order of Damage Done, skipping herself. This means the top damage contributor is buffed first, then the 2nd, and so on. Once she goes through the list, she starts again from the top. This makes her fairly reliable if your comp has reliable damage. She also gives a HUGE boost with her special equipment. MAKE SURE YOU GET HER SPECIAL EQUIPMENT.

Her buff does not stack. If it is applied to a unit that has it, it will only refresh the duration.

There are 2 interesting things about how Clear's skills work, according to notes by chinese players.

First, Clear activates/casts her buff every second, but the buff requires an additional 17 frame cast time before applying. This means if Clear uses her skill at 0s (taking ICD out of the equation), her first buff will only apply at 0s 17 frames in, with the second buff cast time starting at 1s, and applying at 1s 17 frames, and so on.

Secondly, her buff is cast on the unit with highest DPS that does not already have a buff (and is not Clear herself). This specific checking is what causes her to buff units in order of the DPS chart.

(Take a look at the image below first, then scroll down) 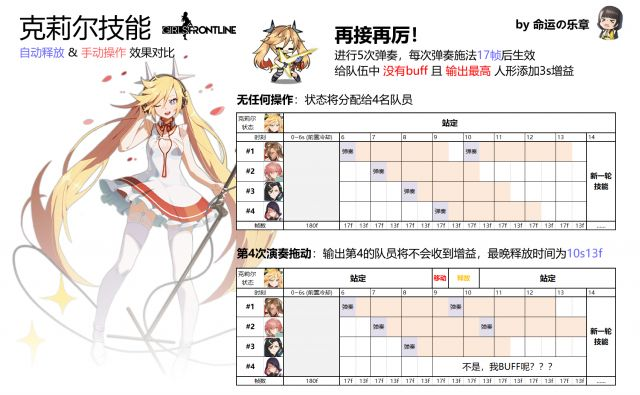 The first chart shows how the normal operation would be like. However, the second chart shows something slightly more interesting.

As per standard game mechanics, units cannot ACTIVATE skills while moving. So, if you move Clear after her 3rd buff, you can stall her 4th buff until the 1st buff expires, which then she will buff the top DPS and 2nd top DPS again.

You don't have to time it as perfectly as shown in the image, though, since she can hold her buffs for an extremely long period if forced to. (At least, she keeps her casts even when her skill goes off cooldown again)

Do note that it might be hard to keep doing this in fights, since some fights require you to do a lot of other kiting that you have to do just to survive, and you can technically achieve the same effect by retreating 1 unit, making this whole thing kinda redundant if you dont have to keep all 5 units around.