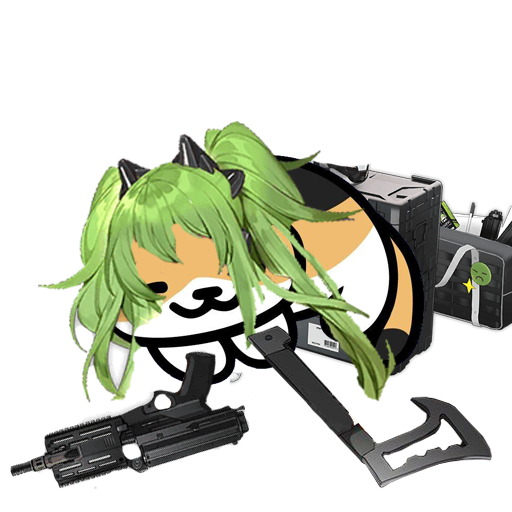 One important thing with her mod is that she has a backwards facing tile now. This means fun times for Python fans, Nagant users, or users of any doll who prefers to be in the middle of the back row and could benefit from an attack speed buff, which happens a lot of the time. She also debuffs the enemy if the node you're fighting on is controlled by you, and buffs your attack and move speed if it isn't, but those are kind of icing on the cake for an already useful doll.

Oh, and the move speed buff is hilarious when combined with other move speed buffs, turning Hanyang Mod into a a rocket. This makes some boss fights hilariously easy as you give no fucks about their mechanics, and 60s is long enough for most battles.

You can probably leave her at Mod2, but her Mod3 equip is a suppressor equivalent with +20 evade at max. It's up to you whether that's worth it or not.