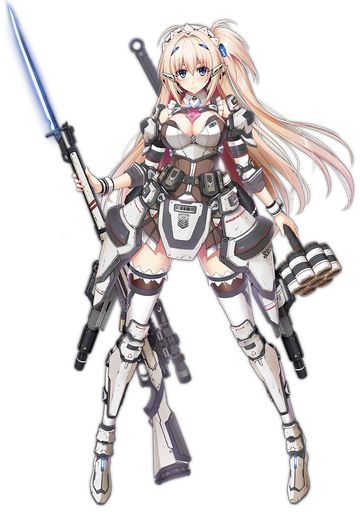 Every bit as good as she used to be awful; this is quite a feat, since she used to be IMMENSELY awful. You can make a fairly convincing argument she's a better value mod than AR team these days. She's that good. She's a little hard to use, sure, but she has piercing on a rifle and all sorts of minor extras.

She does have the issue of "can't equip PEQs" and thus suffers as much as any other rifle at night, but a rifle capable of dealing with enemy clusters a la M4 is very nice to have in general. She gets very heavy use in rankings for a reason.

Ironically for a rifle with a night-oriented skill, she works best during the day, because yeah, that issue about not being able to use PEQs.

Her original page can be found here.

Like M4, she's very stat dependent, so you really want her mod3 item for its +5 DMG and get her to level 120 for her last DMG stat growth, and ideally oath her as well.