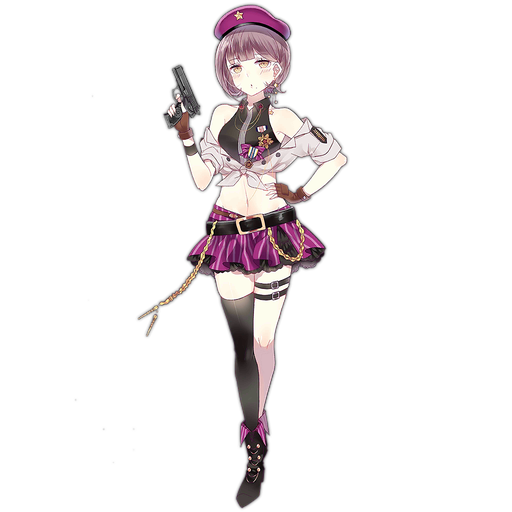 Good buff coverage area. There are currently only 2 in the game that give that coverage - Type 92 and Contender. Also has the HIGHEST evade buff that can be received. Used for specific stuff, like pairing with SR-3MP.

Buffs are all over the place, and the ones with the highest power are the ones that are the least significant. Theoretically not THAT bad, though. 40% EVA is a lot for your SMGs, and 50% ACC is a pretty decent bonus for your ARs. You will probably do better with SAA, but the EVA buff might offset the reduces damage output.

That being said, most late game enemies just ignore EVA, and most enemies do too much damage anyways. Still might be useful in some cases, although might not be better than just getting more FP and perhaps using UMP45 to slow enemies (to kill them before they attack). Additionally, NZ75 provides almost the same things, exchanging 50% ACC and 10% EVA for 20% FP, while also providing a good defensive skill (which is relevant since you are planning to tank something for a short wile by using T92).

If you can't be bothered to do all those maths just to figure out if she is viable, don't use her. There are better options.