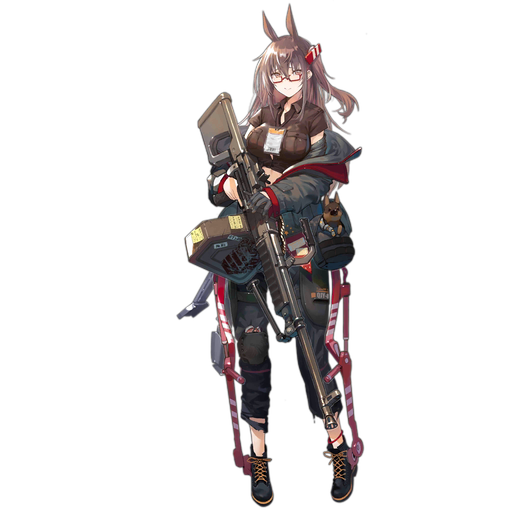 Has both active and passive bits to their skill. Her active mode is basically an FP up - you've seen this before. Her passive mode is based on moving around. By default, she's in LMG mode and fires from the shoulder, and has increased movespeed. Her accuracy however, suffers a debuff while in LMG mode (although thankfully her acc stat isnt awful). Once she sits still for 6 seconds though, she sets up her bipod and goes into HMG mode, which gives her an acc BUFF and extends her belt by 2 shots. She switches back to LMG mode if made to move.

On her first mag, she's worse than LWMMG, so unlike Alma she's mainly interesting for fights that really do need armour buffing. EN finally hit that point though, so there's no reason not to raise her now.