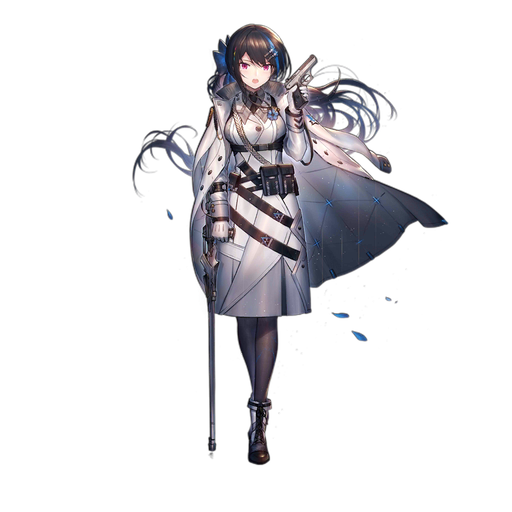 Another CZ-75 clone, this time an Israeli one! The doll that Negev got her funny ideas from. Also Spike Spiegel's gun. If you don't know who Spike Spiegel is, you really should. Look it up, watch the show, I'll wait.

Her passive boosts dolls when they reload which... basically gives other MGs and SGs Negev-like buffs, except weaker. Unfortunately this is not helpful at all for general use because you don't want to be reloading in the first place. She also sucks for judge because judge also hits the back row and so she also eats damage. Does much better for other multimag fights but YMMV with that.

The active is ok but the %s are lower than other 4 star dolls are more 3 star territory, and require being in her tiles, which makes your formation kind of cramped, unlike what you can do with K5. It also doesn't help MGs much because... well, the startup CD.