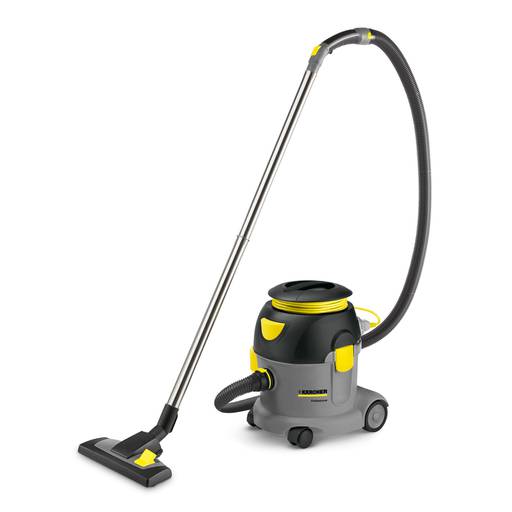 Distraught by the loss of her braid, she gets over it and discovers the TRUE maid was inside her all along. Or something like that.

Her stats are boosted a fair bit and the %s on her skill get a boost to 5 star levels. At mod 2, she gets a rider on her skill that boosts the Evade of stuff in her tiles, and also boosts her own RoF by 10% for every unit standing in her tiles (Max 2, yes it stacks multiplicatively). Yes, tile fuckery applies.

She does have the problem though that to fully make use of this skill, she needs units standing in the tiles, which weakens her flexibility a bit. Totally still fine for going gung ho and just blazing away in a static formation or if you can keep the formation such that stuff remains standing in the tiles though. Her performance is generally a bee's dick below that of AN94 (and makes a good match for AK12) in general use, but beats the Russians vs armored enemies.

Like any good HK product though, she's pretty expensive, so make sure you're sure about the investment and you have nothing else more important to work on (like AR team). Still, if you like the maid, definitely a thing to look at.

Stop salting and get over it.

Most of her utility comes from the Mod2 skill. The Mod3 is optional but has cool art (yet ANOTHER one for the doll with the most ingame usable outfits) and a piece of unique gear that saves you a gold critscope just for her (albeit it costs 3x as much to work on, but it does have +ACC) courtesy of HK and the Bundeswehr (it's the Bundeswehr version of her sights that wasnt included in normal export versions). It's nice to have, but not strictly necessary (and anyone who tells you its super vital for anything but waifuism is stupid and can be disregarded.) That said, she gets her last point of RoF really late (120), so she actually does benefit from hitting 120.

Also responsible for amazingly stupid drama when her mod was put up for a poll together with SAA's for EN's first mod batch and won: 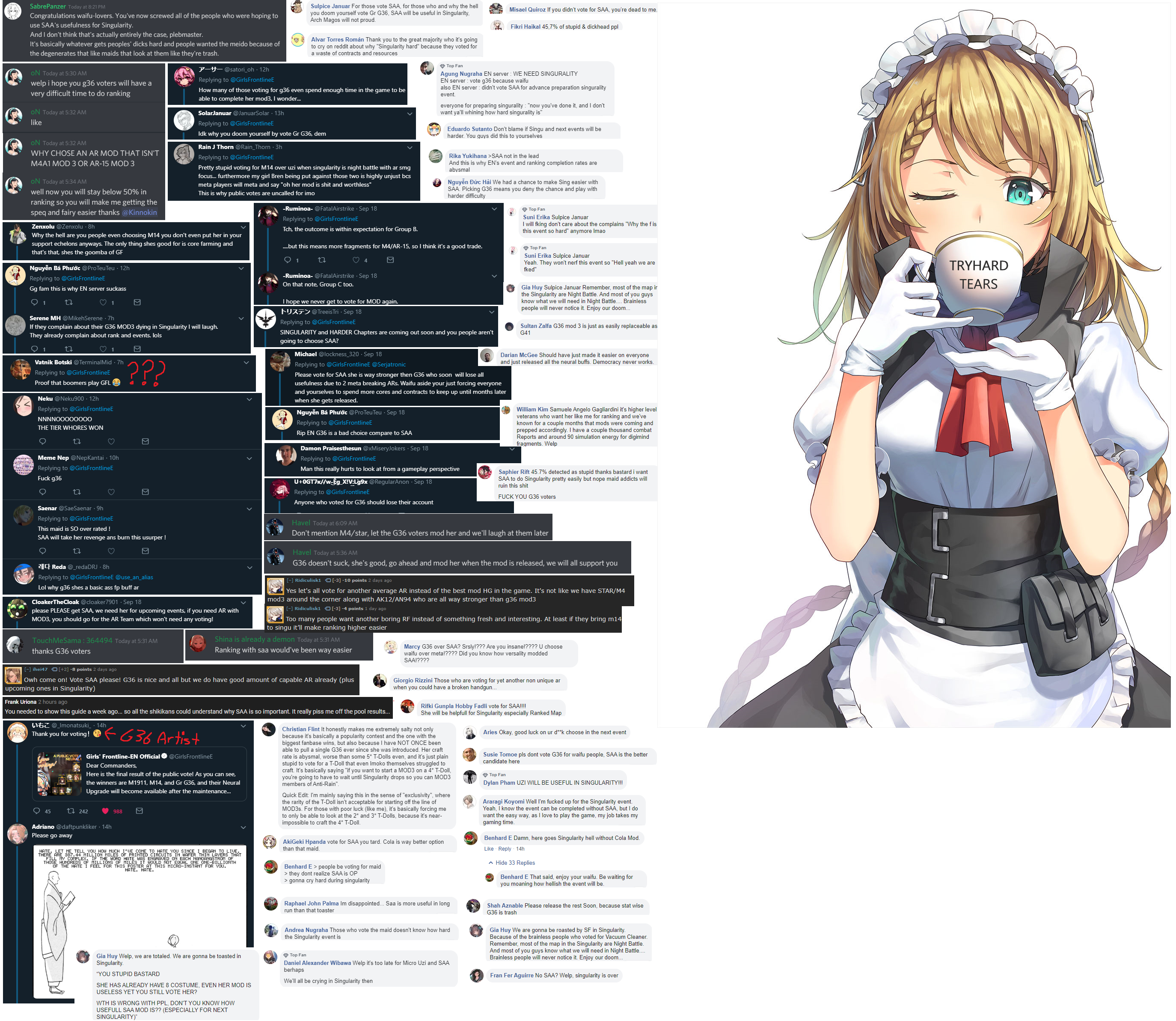 SAA is in fact not necessary for either 10-4e nor Singularity, given that she wasn't around when both originally came out. Yet people were still retarded enough to harass Imoko on twitter over it. Don't be that guy.

Her original problem was basically her terrible stats, being lower than even FNC. This MOD fixes that and gives her an additional ROF buff on top. While the ROF buff only lasts 5 seconds instead of 10, it is effectively a ~20% DPS boost (not considering ROF breakpoint shenanigans), and she gives both your frontline extra EVA. It IS a tile scan buff, so make sure your units are in position when she activates her skill, but since her skill triggers at 4 seconds instead of 6 (unlike HGs), you will often easily get a double buff on your first proc.

Just note that in longer fights it may be harder to get more procs after the first trigger, either because you forget or you are unable to, which she then becomes a better G41. Which is still good, mind you.

She also gets a SPEQ but it isn't anything super special. At daytime the ACC is nice but at night time (when ACC matters more) she cannot use it.