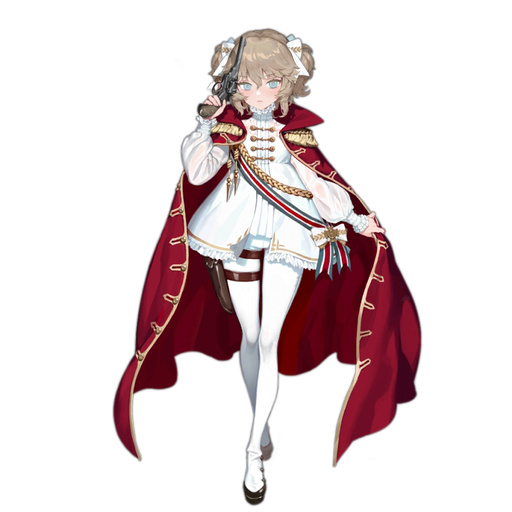 At some point, G&K started running out of real guns and broke out more of the early 20th century guns.

Surprisingly, the dolls with them are actually not godawful.

If she's the leader, she gives a general buff, but whatever, most HGs do that. What makes her interesting is that if she's NOT the squad lead, she buffs the hell out of them, thus making her useful in any formation where you want to pack as much as possible into one doll's ability. Lookin' at you, M4, IWS. (And a few others)