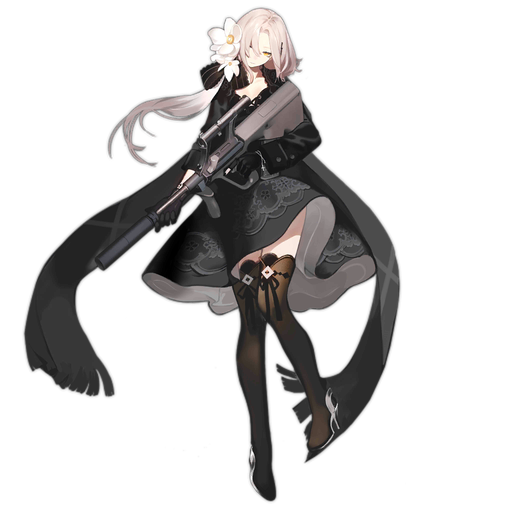 …another testament to Austrians being fucking crazy:

In theory, she's a very good unit. In practice she is very unpredictable.

In an AR Echelon, every shot she takes at any unit that is not the frontline delays your ARs from clearing the frontline by a one, or half a hit, but also reduces the backline damage output when they attacks. In theory, if you have too many shots at the backline without killing off the entire backline, your other ARs won't clear the frontline fast enough, and you are forced to take damage. This outcome is worse than your AR just bursting down the frontline. Sometimes, she will also hit the backline jaegers and decimate them before they even shoot you, leaving just the guards, which is significantly better than not using her.

In practice, this is hard to predict, and she does to quite a lot of damage. Her skill is effectively a 100% ROF boost, which is quite a lot, and it does last for a decent 7 seconds. Just be aware of her unpredictability, and understand how it could affect you in practice.

Like G11, and most other RoF-selfbuffing ARs, she'll fall off long term due to her not being able to handle the increasing amount of armoured enemies thrown at you. There's still going to be lightly or unarmoured trash she can take care of (in some cases, like during SX, enough that you can consider duping her), but it won't be your main focus any more.